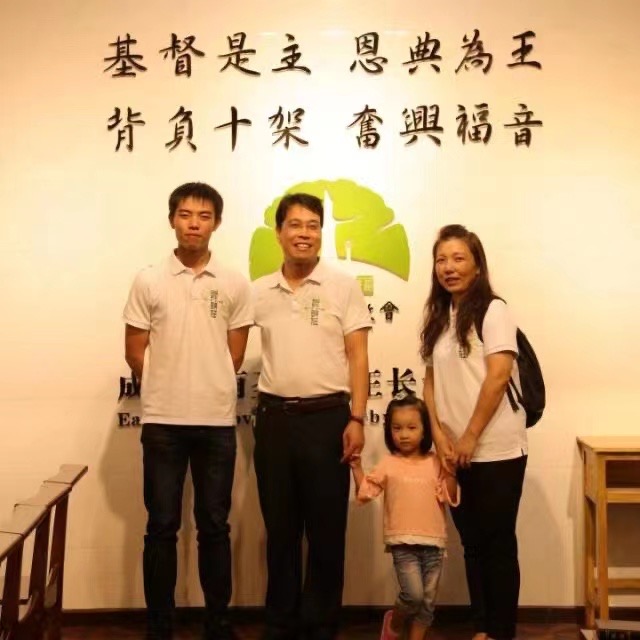 (Fenyang, Shanxi Province—November 26, 2021) On Wednesday, Yao Congya, the wife of Zion Reformed Church minister An Yankui, received the detention notice issued by Shanxi Province Fenyang Municipal Bureau of Public Security. The notice stated: Per the Criminal Procedure Law of the People's Republic of China Article 82, on November 22, 2021, our bureau criminally detained An Yankui who was suspected of illegally crossing the national border, and he is detained at Fangshan County Detention Center at present.

Public security agents took Minister An Yankui and Zhang Chenghao, a coworker of the church, after Sunday service on November 21. Officials provided no updates for over 24 hours. Their families made phone calls and queried, and shortly afterward, they received the detention notice.

The arrest of An Yankui and Zhang Chenghao is associated with five other coworkers of Fengyang campus of Zion Reformed Church who were arrested in July: Zhang Ligong, Wang Runyun, Zhang Yaowen, Wang Shiqiang, and Song Shoushan. In January 2020, these five coworkers attended the “Gospel and Culture Conference 2020” organized by Stephen Tong Tjong Eng in Kuala Lumpur, Malaysia. However, over a year later, the Fenyang Bureau of Public Security arrested these Christians on a charge of “illegally crossing the national border,” even though they held official passports by the People’s Republic of China (PRC) and entered customs legally.

On July 13, 2021, Zhang Ligiong, one of the members, was administratively detained after his home was searched and his possessions were confiscated. On July 28, Zion Reformed thought that Zhang Ligong’s detention was over. Even national security officers who arrested him claimed that he should be released, so Brothers Wang Runyun and Zhang Yaowen drove to the detention center and waited for Zhang Ligong. Unexpectedly, police deceived them into the detention center and then arrested them, accusing them of “illegally crossing the national border.”

Wang Shiqiang received a phone call from a government official while staying at home and taking care of his wife who gave birth to their 3rd child. The official lied to Wang, saying that Wang’s signature is required. When he arrived, authorities arrested him as well. Song Shoushan, an elderly minister who just retired after serving the church for many years, was invited to deliver a sermon at Wenshui and to officiate a baptism. He received a phone call during his sermon, being asked to come to Xiying police station. He never returned.

After these arrests, ChinaAid learned from families of the five arrested Christians that authorities required them multiple times to join Three-Self Patriotic Churches. The families turned down the authorities gently and affirmatively. 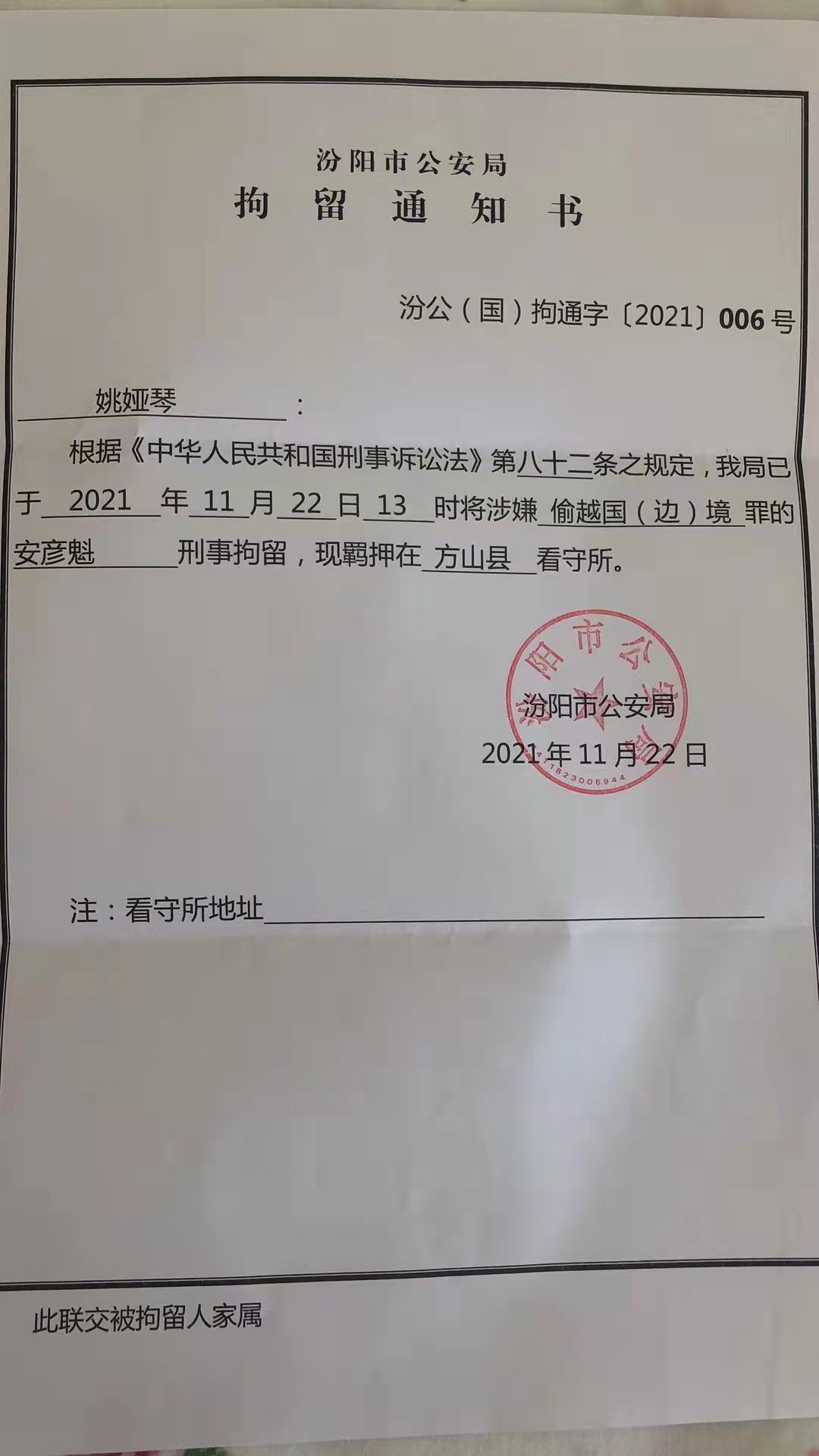 Criminal detention notice of An Yankui

Yao Congyao—An Yankui’s wife— said that their family prepared to bring guests to their home for lunch on November 21, but they saw a large group of people in their home. Some of them were in police uniforms. Yao asked the police why they pried open the door and entered their home. None of them showed their ID. One of the officers said that their outfit was their ID. Afterward, 6 or 7 people in uniform escorted Yao Congyao and An Yankui out of the home. Finally, police took away all electronic products and some books which Minister An’s family owned.

Yao Congyao sent out a prayer request, saying that Minister An Yankui went to Malaysia using the passport issued by the PRC and a legitimate visa in early 2020. His trip was a week at most. She wrote:“I sent out the prayer request in the hope that you all can lift us up and comfort the family members we are concerned about. Most of all, I want to give a warning to each person that you should use caution if you travel abroad so as not to be charged with illegally crossing the national border."
~Yu Bing, ChinaAid Association Contributing Reporter


China Aid exposes abuses in order to stand in solidarity with the persecuted and promote religious freedom, human rights, and rule of law. If you wish to partner with us in helping those persecuted by the Chinese government, please click the button below to make a charitable donation