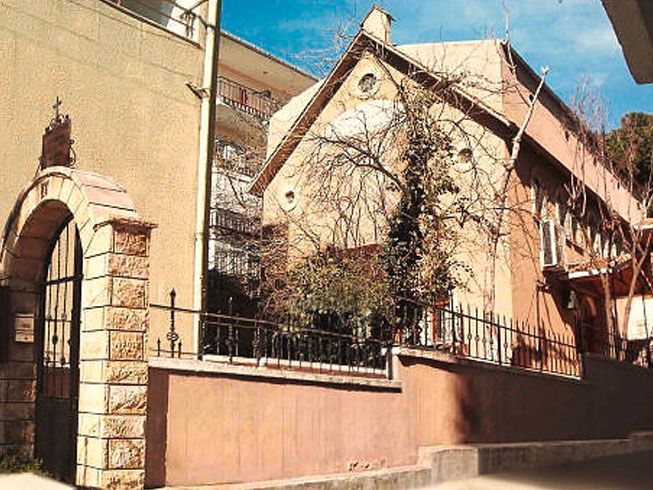 The Istanbul Protestant Church Foundation (IPKV) issued a public appeal to the Turkish government on 16 June asking for tight new residency restrictions imposed on foreign pastors to be lifted.

A Protestant church in Turkey. The Istanbul Protestant Church Foundation says it “trusts completely” in the Turkish legal system as it seeks to overturn the entry requirement imposed on its Spanish-born leader

The IPKV said in a press statement that since 2019 it has become “increasingly difficult” for overseas clergy serving in Turkey to be granted residency, a situation it views with “great sadness”.

Many churches in Turkey, including the IPKV, have long looked overseas to fulfil church leadership roles because of a shortage of qualified clergy. Government restrictions on religious leadership training have severely limited opportunities for gaining suitable qualifications within the country. However, the IPKV said the authorities are now effectively imposing an “entry ban” on foreign church workers by requiring them to obtain prior approval before entering Turkey.

Some overseas Christians already living in Turkey have not had their residency permits renewed and some have had them cancelled. The IPKV said the non-Turkish wife of one of its Turkish pastors has had her residence permit application rejected, which threatens to separate her from her husband and three children.

Even the Spanish-born leader of the IPKV, who has served with the foundation since 2001 with official government approval, has been told he must re-apply for prior approval for entry.

The IPKV, founded in 1999 as the first Protestant foundation in the history of the Turkish Republic, is taking legal action to revoke the ruling, which it hopes is “just a mistake”.

The IPKV statement concluded, “We humbly present our desire that the freedom of thought, religion and conscience enshrined in the basic rights and freedoms granted by the Constitution of the Republic of Turkey and international agreements will be upheld. With this hope, we respectfully submit this information regarding the difficult situation we find ourselves in as Protestants to public opinion and to the fair judgment of the State.”

Repression of religious minorities is increasing in Muslim-majority Turkey, particularly under Islamist president, Recep Tayyip Erdogan. Despite a history of secular government in modern Turkey, Erdogan has been outspoken about his desire to recreate the Ottoman Empire. Following three vandalism attacks on churches in Turkey in May, the president pledged to do “everything possible” to ensure respect for religious minorities and protect “peace and harmony between Turks and members of other minority faiths”.

Christians make up around 0.2% of the population in Turkey, which is 99% Muslim. The majority are Orthodox Christians from historic non-Turkish ethnic groups, but including some Turkish converts from Islam. Protestant Christians are mainly converts from Islam. There is also a small Catholic community. There are also Christian refugees among the 3-4 million Iraqis, Iranians and Syrians escaping to Turkey from various conflicts since the 1980s.