Christians in Karnataka, India, have staged a protest against the state government’s intention to introduce an anti-conversion law in the legislature session beginning on December 13.

He denounced the bill as “nothing but a license given to [Hindutva] radical groups to attack Christians and persecute them”. 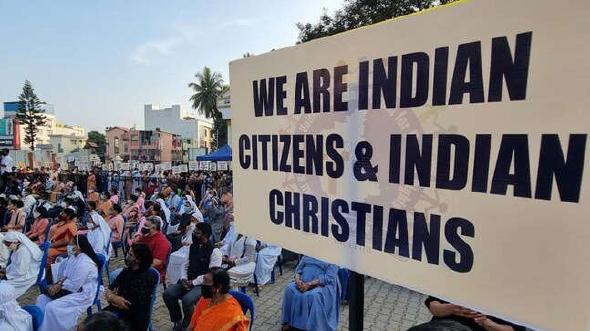 Machado asserted that the issue of forced conversion had been highly exaggerated, saying, “If our services were aimed at conversion, half of the country would have been Christians by now.”

He added that many of the ruling Bharatiya Janata Party (BJP) had studied in Christian schools and received treatment in Christian hospitals without any of them being forcefully converted.

The protest was originally planned to include around 25,000 people, but had to be reduced to fewer than 2,000 owing to the ongoing Covid-19 situation.

Kelachandra Joseph George, Karnataka’s former home minister and a member of the opposition Congress Party, announced that his party would oppose the bill in the upcoming session of the state legislative assembly.

If such a law is passed, Karnataka would be the tenth Indian state to criminalize conversions carried out through force, fraud or allurement. An investigation conducted into alleged forced conversions in the state in October concluded that none had taken place. The survey of 46 Christian families in two villages found no evidence of coercion to convert to Christianity.