Heavy Fine Upheld on Appeal by Christian in Algeria 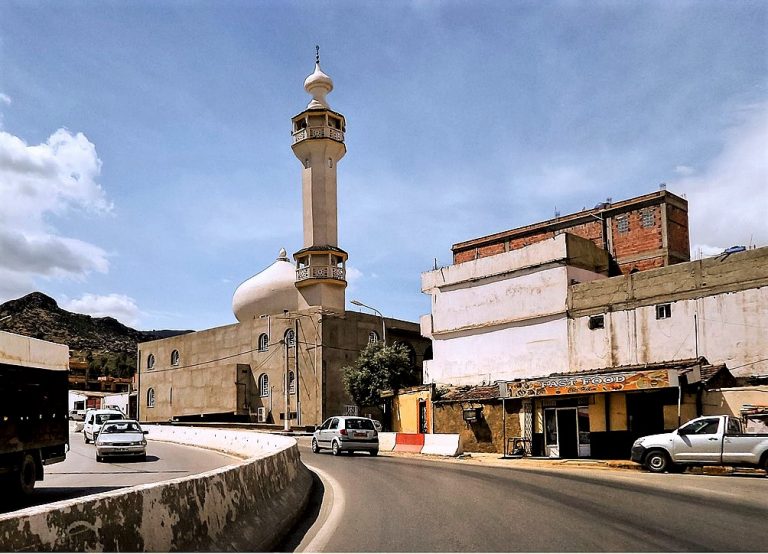 TIZI-OUZOU, Algeria (Morning Star News) – A Christian convert from Islam on Dec. 1 received a six-month suspended prison sentence and a fine of 100,000 Algerian dinars (US $716) from an appeals court on a conviction of "accepting donations without a license," he said.

Ahmed Beghal (name changed for security reasons) had been sentenced in July to six months in prison and the same fine under a law against accepting unauthorized donations to spread Christianity. He said he would also appeal last week’s verdict from a court in Ain-Defla, about 150 kilometers (93 miles) west of Algiers; the fine is considered exorbitant in Algeria.

Beghal said the charge of accepting unauthorized donations emerged after a friend in Germany sent him 200 euros that he needed in order to rent accommodation in Tunisia, where a COVID-19-related border closure had stranded him the summer of 2020. He said National Gendarmerie in Algeria had accused him of proselytizing but, finding no concrete evidence, they then accused him of receiving support for evangelization from a foreign source, which he denied.

After Beghal’s return to Algeria, National Gendarmerie who had accessed his bank account stopped him on a street as he and a friend were leaving Ain-Seltane in April, he said.

“He asked me, ‘Do you receive money for your religious belief?’” Beghal told Morning Star News. “I told him, ‘Never.’”

The officer asked him about his bank account, and when Beghal said he had received 200 euros to rent a house while stuck in Tunisia, the officer said, ‘Do you have a license or notification that you have converted to Islam?”

When Beghal told him “No,” the officer said, “The law punishes this kind of thing,” he said.

Beghal received the July sentence at a court hearing in Khemis Meliana, in Ain-Defla Province. He denies the charge and says related allegations – distributing Bibles, printing and distributing Christian literature and thus “shaking the faith of a Muslim” – are also all false.

Police detained Beghal on April 17 for no reason, telling him only that “there are many rumors and accusations circulating about you – you are very active, it seems,” he said. After officers questioned him, they took him to his home to search it.

The charges were based on Algeria’s 2006 law regulating non-Muslim worship, known as Law 03/06, which criminalizes any activity “which aim to undermine the faith of a Muslim.” Punishment can range from two to five years in prison and fines of 500,000 to 1 million Algerian dinars (US $3,745 to US $7,490).

Beghal’s Muslim wife and children left him in 2017 because of his conversion to Christianity, and he said he has faced persecution from others. National Gendarmerie in Algeria’s Oued Seli, Chlef Province falsely accused him of threatening his ex-wife and daughters, resulting in an interrogation for 15 hours and a search of his home. Police also arrested him at a café in Khemis-Miliana, Ain-Defla Province, without cause and interrogated him for three hours, he said.

Separately, a court earlier upheld a one-year prison sentence for failing to pay alimony, according to MEC. His conversion had led to the destruction of his business as he was ostracized, MEC stated.

“He was visiting a neighboring country and, due to COVID-19 border closures, he could not return in time to make the [alimony] payment,” MEC stated. “He paid the amount when he returned, but the judge refused to consider the reason for the delay. He has appealed this verdict.”

Actions against Beghal were part of a sustained crack-down on Christians in Algeria in the past few years. On Sunday (Dec. 5) in Tizi-Ouzou, authorities arrested 12 local Christians who were meeting at a house, area residents said. Further details were yet unknown.

Islam is the state religion in the 99-percent Muslim country. Since 2000, thousands of Algerian Muslims have put their faith in Christ. Algerian officials estimate the number of Christians at 50,000, but others say it could be twice that number.

Algeria ranked 24th on Christian support organization Open Doors’ 2021 World Watch List of the countries where it is most difficult to be a Christian, up from 42nd place in 2018.