The last RLPB for 2021 will be published on Wednesday 22 December, comprising a short reflection and a prayer. In the lead up to the Christmas break, this and next week's RLPB will include other issues requiring prayer over the holiday season.

This week's RLPB on Ethiopia includes items on China, India, Nigeria, and Ukraine. 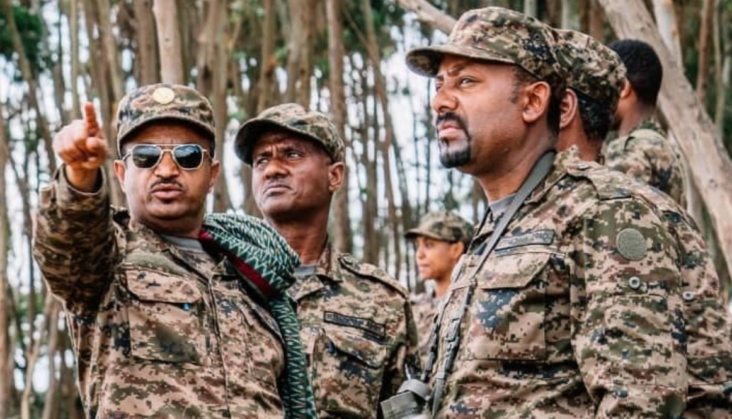 Prime Minister Abiy has certainly made some errors of judgement during this war with the Tigray People's Liberation Front (TPLF). The first was to buckle under US pressure in June 2021 and declare a unilateral ceasefire in, and withdrawal from, Tigray. After this, the TPLF re-occupied Mekelle, rejected the ceasefire, and went on the offensive. PM Abiy's second error was that he 'succumbed to the advice of his ethnic Oromo political power base to refuse military assistance to the Amhara and Afar regions' (Copley, 24 Nov). However, on 23 November, PM Abiy (a former soldier, having served as a colonel in intelligence and communications) left his office and joined his troops - the Ethiopian National Defence Force (ENDF) - on the battlefield ahead of a 'massive offensive across all the war fronts'. But would it be too late? On 24 November, as rebels advanced on Addis Ababa, RLPB issued an urgent prayer request, 'that Baal-perazim - the Lord of the breakthrough (2 Samuel 5:17-20) - might intervene to "turn back the battle at the gate" (from Isaiah 28:5-6)'.

PM Abiy has appealed for the TPLF to surrender. Meanwhile, the TPLF is denying it is retreating, claiming rather it is merely making 'territorial adjustments … according to our plan'. However, just as it did in Mycadre in November 2020 [RLPB 576 (18 Nov 2020)], the TPLF is responding to military defeats by unleashing terror: destroying and looting infrastructure and massacring civilians. In mid-November Djibouti announced that it will not allow the US to launch an attack on Ethiopia from its territory. However, the Sudanese military is engaged in clashes on Ethiopia's north-western border, presenting Ethiopia's enemies with an opportunity to open a second front in the north-west. Please pray it will not be so! PM Abiy has declared that the war will continue until the TPLF no longer poses 'a threat to the peace and security of the country'. Please pray that for the sake of Ethiopia and her precious Church, the Lord will bring peace and bring it soon.

For [Christ] himself is our peace, who has made us both one [i.e. both Jew and Gentile; this tribe and the other] and has broken down in his flesh the dividing wall of hostility by abolishing the law of commandments expressed in ordinances, that he might create in himself one new man [the Church] in place of the two, so making peace, and might reconcile us both to God in one body through the cross, thereby killing the hostility. (Ephesians 2:14-16 ESV)

OTHER MATTERS FOR PRAYER: 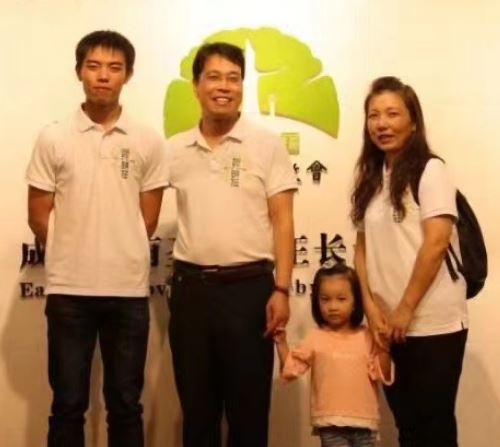 Pastor An Yankui with family.

On Sunday 21 November officers in Shanxi Province detained Pastor An Yankui of Xuncheng Reformed Church (XRC), along with his young and recently married co-worker, Zhang Chenghao. On 24 November Yao Congya (wife of An Yankui) and Guo Juan (wife of Zhang Chenghao) received detention notices from authorities explaining that their husbands have been criminally detained for 'illegally crossing the national border'. The charge relates to travel undertaken in January 2020 when a group of XRC members travelled to Malaysia to attend a Christian conference. In July 2021 five other members of XRC were arrested on the same charge [RLPB 610 (11 Aug 2021)]. All those arrested in relation to the trip entered Malaysia legally carrying legal Chinese passports. XRC is being persecuted because it has openly criticised, and is resolutely resisting, the Chinese Communist Party's religious repression [see: RLPB 606 (14 July 2021)]. Please pray. 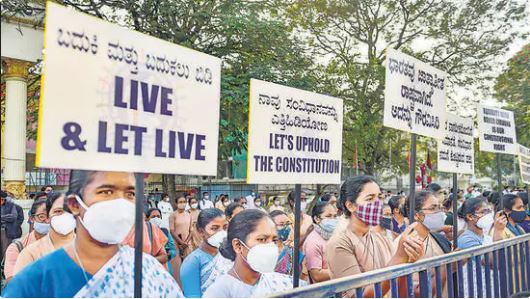 Karnataka's anti-conversion bill will be tabled in the state legislature when sitting resumes on Monday 13 December. As Church in Chains explains (2 Dec), 'Anti-conversion laws are intended to prevent Hindus converting to other religions but lead to increased violence against Christians because extremists use them as a licence to carry out attacks, accusing Christians of forcibly converting Hindus.' A recently released fact-finding report by three Indian human rights organisations ranked Karnataka third among states with the highest number of attacks on Christians, surpassed only by Uttar Pradesh and Chhattisgarh. On 13 October Karnataka's ruling BJP state government ordered an investigation into the issue of alleged forced conversions [see RLPB 621 (27 Oct)]. Initial inquiries conducted in Chitradurga district found no evidence of forced conversion; all Christians questioned confirmed that they had converted of their own free will and that their lives were much better since having done so. Consequently the investigation was dropped. On Saturday 4 December Christians held a silent protest outside the Karnataka Legislative Assembly in Bengaluru (Bangalore), requesting the state defend religious liberty. Please pray.

On 5 July 'bandits' abducted 121 children from Bethel Baptist High School. In RLPB 625 (24 Nov) prayer was requested for the four students still in captivity. On 26 November Nigerian media announced that one of those last four students had been released. The released student - who happens to be the head boy at the school - was let go on health grounds upon payment of ransom. A born leader, this boy kept his senior position secret from the captors and vowed to remain with the students until the end. Despite his intention to be the last student released, the boy's health deteriorated such that he had to be let go. The Reverend John Hayab said the Christian Association of Nigeria (CAN) will honour the student for the leadership he displayed in the face of danger. Please pray for the remaining three captives. Meanwhile, the 'bandits' holding the remaining 61 members of Emmanuel Baptist Church (abducted on 31 October) have demanded 99 million Nigerian Naira as ransom for their release. Please pray.

On Tuesday 30 November Zamfara State police commissioner, Ayuba Elkanah, addressed a press conference in the capital Gusau. He told reporters that a threatening letter had been dropped into police command headquarters in which unknown persons demanded that Zamfara's churches be closed, otherwise they will be attacked. The Commissioner of Police has invited the leadership of the Christian Association of Nigeria (CAN) in the state to discuss security measures; he has also established a special squad to patrol and protect worshippers, especially on Sundays, and launched an investigation to identify and arrest those responsible for the threat. CAN has directed all churches not to hold church activities beyond 5pm for the next three months. In October 1999, Zamfara State, in Nigeria's north-west, became the first northern state to enact Sharia Law. The population is overwhelmingly Hausa-Fulani and Muslim. Straddling the Zamfara-Kaduna state border, the Rugu Forest has become a sanctuary for terrorists and 'bandits'. The threat has rattled the Christian community and could trigger an exodus. Please pray.

As tensions soar yet again on the Ukraine-Russia border it is worth noting that this potential crisis did not start in late March / early April 2021 when Russia deployed tens of thousands of additional troops to the border, allegedly for military exercises. Rather, it began a week earlier when Ukraine's President Volodymyr Zelenksy issued a presidential decree establishing that retaking Crimea from Russia is now Kiev's official policy. Dated 24 March 2021, the 'Decree of the President of Ukraine No. 117/2021' outlines the Ukrainian government's 'strategy for de-occupation and reintegration of the temporarily occupied territory of the Autonomous Republic of Crimea and the city of Sevastopol'.

Faced with what was essentially a declaration of war, Russia responded with a show of military strength designed to deter Ukrainian adventurism. Zelenksy responded by donning military fatigues for photos in the trenches, a performance he repeated in early December. This is nothing but theatre from a president facing domestic pressure. Zelensky (an anti-establishment candidate, and former TV comedic actor) was and is performing for the votes of disgruntled Ukrainian ultra-nationalists who have accused him of being 'soft on Russia'.

If theatre was all it was, then we could expect it to blow over. However, while for Zelensky this is theatre, there are others for whom this is opportunity - a crisis not to be wasted! Since April, weapons have flooded into Ukraine making arms suppliers (especially Turkey and the US) a lot of money. Although Russia is unlikely to invade Ukraine - for it would have nothing to gain and a lot to lose - the West is exploiting the 'crisis' as an opportunity to menace and sanction Russia.

Please pray for discernment, courage, peace and healing, because East vs West geo-political tensions are already having a profound and detrimental impact on religious liberty and Christian security in the region.