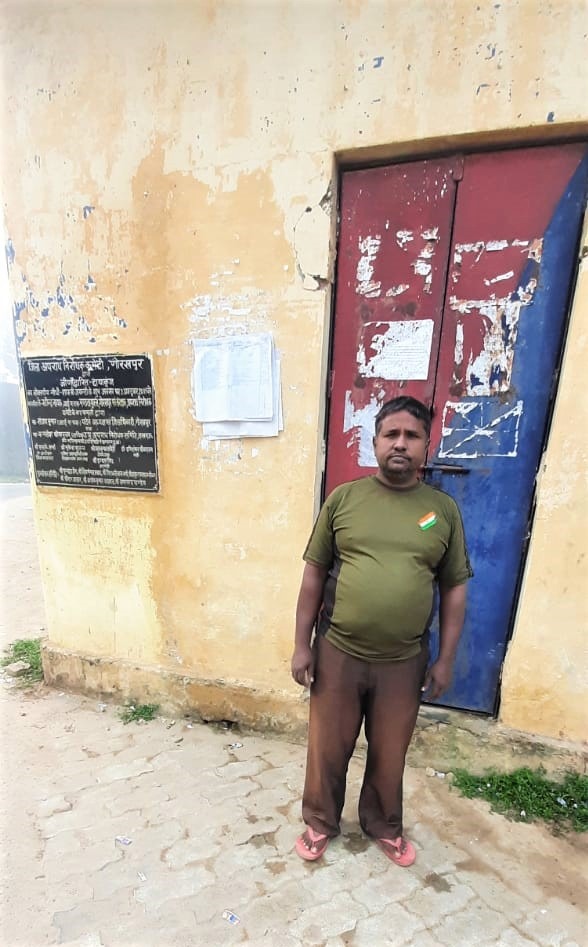 Pastor Lal Chand, 47, and his wife Rambha Devi were arrested in Uttar Pradesh state’s Bansgaon village, Gorakhpur District on Nov. 21. Pastor Chand was released on bail on Nov. 27, while his wife was released the night of Nov. 21, and both face charges.

The Hindu extremists summoned 250 villagers to gather outside the house church after a high-caste Hindu, Chotu Singh, learned that a part-time domestic worker had stopped working at his house in order to attend the church’s worship services. Sushila Devi works full-time at a school, but she had agreed to help Singh’s family on Sundays to earn some extra money without the obligations of a fixed worker.

Since the death of her husband, Sushila Devi has lived at the house where the church meets; the house belongs to her brother-in-law, though he lives and works in Delhi, said Pastor Chand.

She told Singh’s family that she attends church during that time and therefore would not be able to come to work, he said.

“They not only scolded her for following the Christian faith but also planned an attack on the church to stop the fellowship in the village,” Pastor Chand said.

As Pastor Chand was praying during the Nov. 21 morning service with 20 people in attendance and more expected to join, a man entered, looked around and left, said the pastor’s wife, Devi. Half an hour later, about 30 people intruded into the room while about 250 stood outside along with police.

“They had literally emptied every single house of the village and gathered the entire village to oppose us,” Devi said.

“They asked me several questions like, ‘Why do you carry out religious conversions? Why are you misleading people and alluring people to convert? What caste do you belong to?’" Pastor Chand said.

He told the Hindu mob that he had not allured anybody to convert, he said.

“I told them that I convey the message of peace,” Pastor Chand said. “I asked them if they prefer people to follow non-violent ways, or indulge in all kinds of vice? They were angry at this and said that I was speaking too much.”

Seeing literature about Christ’s resurrection, they used obscenities as they told him that he was fooling people and teaching lies, he said, adding, “They asked me if they killed me right then, would my Jesus raise me back to life?”

The pastor noted that the disruption and arrests were highly planned.

“After they had rigorously questioned me about my faith and teaching, they signalled the policemen standing at a distance, who walked straight to me and, without asking any questions, they detained me and my wife,” he said.

Bansagaon police took the pastor on a motorcycle to the police station, and later a female officer arrived, detained Devi and made her walk to the station, he said.

Arrested and Re-Arrested
Police released the couple late in the evening, telling them to appear before the Sub-Divisional Magistrate for a bail hearing on Nov. 23.

When Pastor Chand arrived home around 10 p.m., however, within minutes Bansgaon police accompanied by an officer from the Gajpur police station showed up and said they had missed obtaining his signature on documents necessary for his release, he said. They told him to go with them to their police vehicle to sign them.

Made to sit in the vehicle, Pastor Chand was then taken to the Bansgaon police station and held in custody, with officers telling him the Sub-Divisional Magistrate (SDM) also had to sign the documents and would not be available to do so until the next day (Nov. 22).

That night, officers prepared papers for his arrest, and the next day the judge sent him to jail, he said.

“The Hindu complainant had pressured the police with political influence, and during the night all preparations were done to send me to jail,” Pastor Chand said. “The SDM handed me to the police, and I was transported to the Bichhiya jail.”

Pastor Chand was charged under the Uttar Pradesh Prohibition of Unlawful Conversion of Religion Act 2021 (previously an ordinance of 2020) on Nov. 21 (First Information Report 385/2021), with Singh the main complainant along with six others. Chand received bail from the Lower Court on the evening of Nov. 26 and was released the next morning.

His attorney, Vinod Kumar Singh, said that the arrests were without basis.

“There was no witness who was allured according to the allegation,” he said.

Pastor Chand is scheduled to appear in court on Friday (Dec. 10). His wife was also named in the second FIR that was filed when he was re-arrested, and her application for bail was in process though she was not jailed.

Uttar Pradesh Attacks
The Religious Liberty Commission of the Evangelical Fellowship of India has documented at least 105 incidents of violence and hate against Christians in Uttar Pradesh from the beginning of this year until Nov. 30.

Dinanath Jaiswar, a Christian leader from Uttar Pradesh, said 15 incidents have been recorded under the Uttar Pradesh Prohibition of Unlawful Conversion of Religion Act 2021 since the law, earlier a 2020 ordinance, went into effect in the state on Nov. 28, 2020.

“Since December 2020, when two incidents were recorded under this new law, this law has been misused to frame Christian’s time and again,” Jaiswar said. “We have recorded two incidents in August, five in September, three in October and one in November this year.”

The first Christian arrested under the new legislation was a South Korean national who was jailed along with three other suspects on Dec. 19, 2020 in Greater Noida, Gautam Buddh Nagar District, in Uttar Pradesh.

The hostile tone of the National Democratic Alliance government, led by the Hindu nationalist Bharatiya Janata Party, against non-Hindus, has emboldened Hindu extremists in several parts of the country to attack Christians since Prime Minister Narendra Modi took power in May 2014, religious rights advocates say.

India ranked 10th on Christian support organization Open Doors’ 2021 World Watch List of the countries where it is most difficult to be a Christian, as it was in 2020. The country was 31st in 2013, but its position worsened after Modi came to power.