The extremists locked the pastor and at least 30 Christians in the hall before calling the police. Police declined to make any arrests, instead sending all present home and stationing around 20 officers around the building as a precautionary measure. 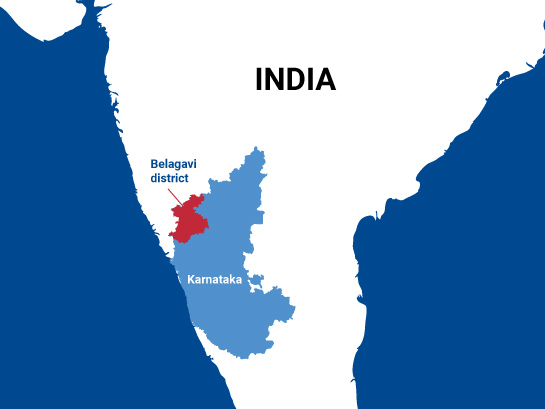 Whilst nine Indian states have laws criminalising conversions carried out through force, fraud or allurement, Karnataka is not among them. However, the chief minister of Karnataka recently confirmed that the state government is planning to introduce a new anti-conversion law.

Pastor Cherian emphatically denied the allegations. “I was just leading a prayer with a group of interested people, like every Sunday,” he said, “We have not forced anyone to come here; we are just practising the rites of our religion.”

“These are the usual false accusations,” added Sajan K George, president of the Global Council of Indian Christians. “The only people using force were the [Hindutva] nationalists who locked the pastor and the faithful in a room, committing what is a crime under the Indian Penal Code.”

He added that radical Hindutva nationalist groups in Karnataka were feeling emboldened by the state government’s proposal to introduce anti-conversion legislation.

Hundreds of Christians have already expressed their opposition to such a law, and an earlier attack on a church, in a demonstration staged in Hubballi on 25 October.