A group of radical Hindutva nationalists disrupted a prayer meeting at a church in the town of Karkala, Udupi district, Karnataka, on September 10, alleging that the pastor was conducting unlawful conversions.

Around 20 men, reportedly members of the Hindu Jagarana Vedike (HJV) – an extremist group affiliated to the Rashtriya Swayamsevak Sangh – attacked a woman and threatened other members of the congregation.

Police have registered a complaint against the attackers, but have also questioned the minister, Pastor Benedict, on suspicion of attempting to force Hindus to convert to Christianity. 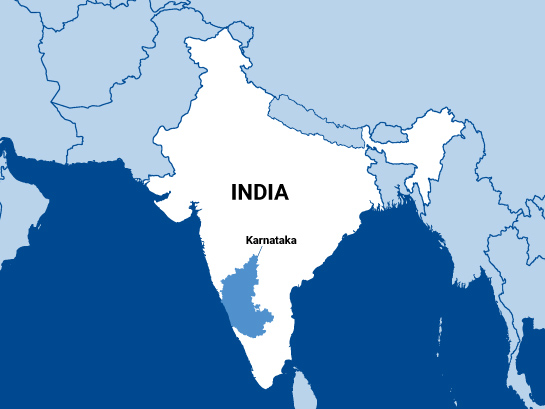 The superintendent of Udupi police stated, “A few Christians had gathered for prayer and some men, said to be members of HJV, and a few residents … objected to conversion allegedly happening there. The Karkala sub-inspector rushed to the spot and dispersed the crowd.”

The extremists alleged that the church had gathered 35 Hindus together in order to convert them unlawfully to Christianity. A member of the congregation has given a statement to police that Pastor Benedict forced him to attend the meeting.

President of the Indian Christian Federation, Prashanth Jathana, explained, “When 30 persons were at prayer, 20 men entered the hall and made allegations about religious conversion. They dragged a Dalit woman and assaulted her and threatened people there.”

“Nobody at the venue was converted,” he added. “They were at the prayer meeting of their own volition.”

Christians are often falsely accused of converting people by fraud, force or allurement, which is specifically banned by law in several Indian states. On September 5 a pastor and two other Christians were attacked inside a police station by radical Hindutva nationalists after being accused of carrying out unlawful religious conversions in Raipur, the capital of Chhattisgarh.

Violence, intimidation and false accusations against church leaders are increasing in India, the result of “false narratives” used against Christians by radical Hindutva nationalist groups.