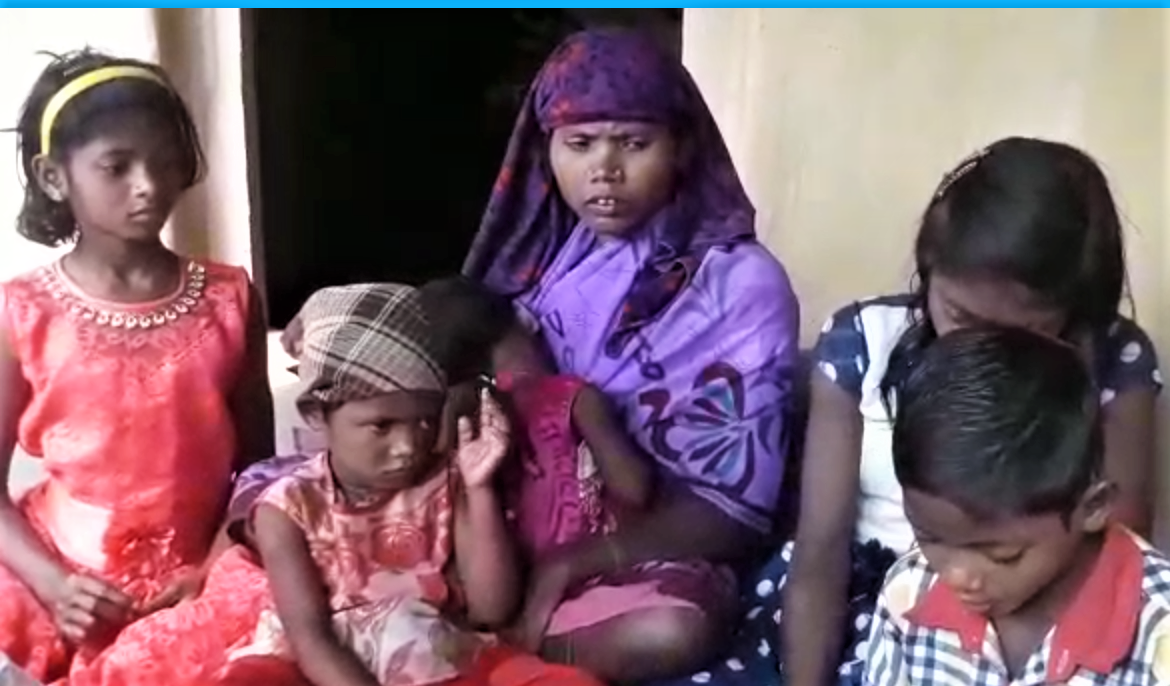 NEW DELHI, (Morning Star News) – A Christian in Chhattisgarh state, India who endured opposition for three years was killed on Feb. 12, a day after a convert who faced persecution in neighboring Odisha state was slain.

In each case, villagers angry at the Christians for converting were said to have influenced Maoist guerrillas to kill the Christians. The Maoists, known as Naxalites, may have had other reasons for killing the two men, though they also opposed their new faith, sources said.

The intruders then ordered Minka to call her husband, a father of five who had left the animist practices of his tribal fellows three years ago to follow Christ. The rebels also asked after Pastor Sagar, who had planned to be there but had stayed home due to leg pain.

The Naxalites found Nureti, who had been eating dinner, tied his hands and walked him out of the house, according to police. Nureti repeatedly asked the reason for targeting him without receiving an answer.

His 18-year-old daughter, Divya Nureti, tried to rescue him, but one of the Maoists pushed her back, sources said. Inspector Prashant Rao of the Narayanpur Police told Morning Star News that when Nureti tried to run, one of the assailants shot him in the leg, and then a gunshot to his head killed him instantly. He was 45.

Pastor Sagar told Morning Star News that Nureti was shot three times – in the leg, back and chest.

Nureti had planned to construct one of three church buildings in Kohkameta village. Through volunteers of the village-level Naxalite association, known as the Sangam Sadasya, the Naxalites had warned him against constructing the church buildings, all planned within a six-mile radius, Pastor Sagar said.

Animist villagers were offended when Nureti’s family left their tribal beliefs and put their trust in Christ, and they had confronted him after his family began holding Sunday worship services and Friday gatherings in his house, a source who requested anonymity told Morning Star News.

Because of their opposition to his conversion, they falsely reported to Naxalites that family members were police informants against them, leading the Maoist rebels to kill him, the source said.

The Naxalites could have targeted the family because they suspected Nureti’s oldest son, 25-year-old Dinesh Nureti, to be a police informer, Rao said. A daily wage laborer who must go outside the village to work almost daily, he may have been mislabeled as a police informant, which could have been one of the reasons for killing his father, Rao said.

“Such incidents are not common, but to instill fear in the hearts of the people, the Naxalites propagate false news at times about someone being a ‘police informer’ and then execute either the person or someone from the family,” Rao said. “By undertaking such acts, they convey their message to all the villagers that they can harm anybody they want to, and thus everybody should support them and not go against them.”

Nureti was the first in the village to become a Christian, and since then eight other families put their faith in Christ. The village falls within the boundaries of the Maoist-affected Abujhmar forest in Narayanpur District.

The Naxalites seemed to know that Pastor Sagar often visited Nureti to disciple him and his family and to encourage the church that met regularly in his house.

“It seems they came for me also,” said Pastor Sagar, a resident of Narayanpur, 25 kilometers (15 miles) away, who had planned to lead Sunday worship at Nureti’s house on Feb. 10. “I had developed severe pain in my legs and had to cancel my visit.”

Divya Nureti filed a First Information Report (FIR No. 30) on Feb. 13. Police registered a case against 20-30 unidentified men for murder and rioting armed with a deadly weapon, among other charges, including membership in and support of a terrorist organization.

Nureti is survived by his wife and five children. Besides Dinesh and Divya, he fathered children who are now 19, 15 and 14 years old.

Fellowship Halted
The hilly forest of Abujmarh has 237 villages spread over nearly 4,000 square kilometers (2,485 miles) with an estimated population of 34,000 tribal indigenes.

Close to the borders of neighboring Odisha, Andhra Pradesh and Maharashtra states, the area has no administrative presence and has become a stronghold of Naxal-Maoist insurgents. An estimated 3,000 Naxalites are said to have training camps, printing presses and even foundries to manufacture weapons inside the area.

“There are no churches or house fellowships in that area,” said Pastor Sagar. “Munglu, his daughter Divya and I used to visit nearby areas in the interior villages and tell them the Good News.”

Saddened by Nureti’s killing, Pastor Sagar told Morning Star News that Sunday services and Friday fellowships have stopped, but that he is certain that Nureti’s death will not be in vain.

“I believe that it is for the Lord that our brother has sown with his life here, and in the near future his sacrifice will bear rich fruit,” he said.

He and his wife converted to Christianity from their tribal religion about 10 months ago, and since then they faced severe opposition from local villagers, said Nakul E. Sethy, a pastor based in Umarkot. Also known as Umerkote or Amarkot, the town is 55 kilometers (34 miles) from the area where Gond was killed.

In an unnamed village in Raighar Tehsil, Nabarangapur District, three men on Feb. 11 shouted at Gond as he opened his door to them. Gond and his 6-year-old son were home while his wife and four daughters had gone to a nearby village, Pastor Sethy told Morning Star News, citing the account the boy gave to area Christians.

The three men tied Gond’s hands behind him and took him away, threatening to hurt his son, who was following in tears as they shoved him away, Pastor Sethy said. The traumatized boy ran to his uncle’s house and hid inside while Gond’s brother ran out to try to rescue the Christian, he said.

By then the assailants had driven off. Gond’s decapitated body was later found in the middle of a road.

He had first been killed by gunshot, then his head was smashed by a stone before the body was beheaded, according to Shibu Thomas, head of India-based aid group Persecution Relief.

Gond was a member of an Indian Evangelical Team (IET) church. A senior leader from IET said that Gond was killed for his faith as he had been facing persecution from animist villagers for leaving their beliefs and rituals and following Christ.

“He has faced severe opposition in the past, several times,” the IET leader said. “He was the only believer from that village and came to Christ nine to 10 months ago. He was expelled from the village and lived about a kilometer outside the village.”

Gond was facing much pressure from his birth family, his wife’s family and from villagers, he said.

A week before the killing, extended family relatives had visited Gond and warned him of dire consequences if he did not leave the Christian faith, the IET leader said.

“If something untoward happens, do not blame us, then,” family members had warned, according to the leader.

Similarly, after the murder, the brother of Gond’s wife, Sukbati, visited her on Feb. 19 and threatened her, saying she would meet a similar fate if she did not renounce Christianity, the leader said.

“It was the hand of the villagers behind the killing,” he said. “The field leaders, Anant’s pastor and the Christians in that village believe that the villagers have falsely reported to the Naxalites that he was a police informer, so they would kill him.”

The villagers were upset that the devout Christian family was not following tribal customs, he said.

A pastor working in the area told Morning Star News on condition of anonymity that some local Christians believe the Naxalites were not even involved in the killing.

“The villagers have made it look like the Naxalites have killed Anant by tying his hands, and following the pattern of the Naxalites, whereas they themselves have carried out the killing,” the pastor said.

Sukbati told the Persecution Relief team that her husband was killed for his faith in Christ.

“But I am sure I will not forsake Jesus Christ my Savior and Lord,” she told Persecution Relief. “Please remember us in your prayers so that we will stand strong in faith and all our daily needs are met.”

IET workers, who are doing everything possible to help the family in their grief, requested prayer for Sukbati and her five children.

Christians in the village and surrounding areas who have heard of the horrific killing are terrified.

India ranked 10th on Christian support organization Open Doors’ 2019 World Watch List of countries where Christians experience the most persecution, up from 11th the previous year.