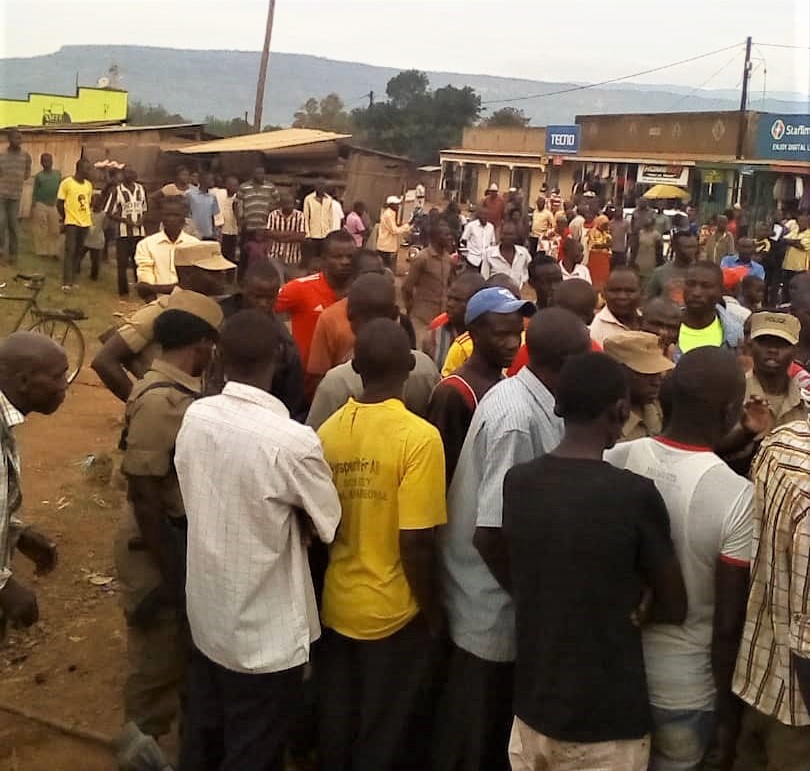 Following a series of public events earlier this month at which mosque leaders criticized Christianity in Sironko, about 22 kilometers (14 miles) northeast of Mbale, the local Pastors’ Fellowship had invited Pastor Moses Wangaia, a popular Christian apologist based in Mbale, to speak at a series of open-air talks defending the faith.

After a week of peaceful debate, Pastor Wangaia, an ex-Muslim sheikh (teacher) formerly known as Hajji Bidongo Byayesu, arrived for the series of talks designed to refute three weeks of Muslim speakers’ arguments against the designation of Jesus as the Son of God. Tensions began as Pastor Wangaia gave his testimony of how he converted to Christianity and used the Koran, Bible and Hadith (sayings and deeds of Muhammad, the prophet of Islam) to make his case, sources said.

Police permitted the 70 pastors and 30 churches that organized the talks to stage them over a three-week period in the predominantly Muslim area, the sources said.

“It was unfortunate that later the Muslims influenced the police to act against the Christians because of the uproar by the Muslims in Sironko town,” a source said.

The previous day mob leaders had gone to the Sironko central police station alleging that the Christian speakers had disrespected the Koran. The Muslim throng arrived at the event venue on Saturday (Nov. 24) with police officers and began dismantling the public address system, sources said. They removed amplifiers, microphones, loudspeakers, keyboards, a generator and the wiring system.

Officers then arrested six pastors identified as Wangaia (formerly Byayesu), Mwanje, Anthony, Palapande Tom, Jowashi and Grace. As police forced the six pastors into the police vehicle, the Muslim mob shouted, “Away with these pastors and their families for blaspheming the Koran and Hadith,” sources said.

Those arrested spent three cold nights at the Sironko police station, they said.

“When Muslims alleged that Jesus is not the son of God, we Christians did not pick up stones to attack the Muslims, and we are shocked that the Muslims and police officers have taken such a wild move to frustrate Christians from propagating the message of the kingdom of Jehovah God,” said a church leader who requested anonymity for security reasons.

Uganda has no law against blasphemy, but Muslims adhering to sharia (Islamic law) in several countries try to enforce it by influencing police and courts, fabricating such charges as disturbing the peace, sources said.

A Sironko deputy district police commander identified only as Abantu told Morning Star News that the pastors were released after three days, on Tuesday (Nov. 27), without charges but with a stern warning.

He confirmed that the Muslim mob on Saturday marched in the streets of Sironko chanting and shouting, “Allah Akbar.”

Tensions led to a meeting among Christian and Muslim leaders, along with Local Council 5 and district heads. The Christians were cautioned to stop using “provocative language,” and the six pastors were released as police continued investigating the allegations against them, Abantu said.

Since the pastors’ release, they have received threatening messages.

“The struggle is not yet over, we will teach you [Christians] a lesson,” read a text message to one pastor.

Another to Pastor Wangaia read, “Know that disrespecting the Koran means a punishable crime, which is death.”

Christians in Sironko fear for their lives, sources said, adding that the Pastors’ Fellowship has asked police to be on high alert.

Muslims make up no more than 12 percent of Uganda’s population.