By Our South Asia Correspondent 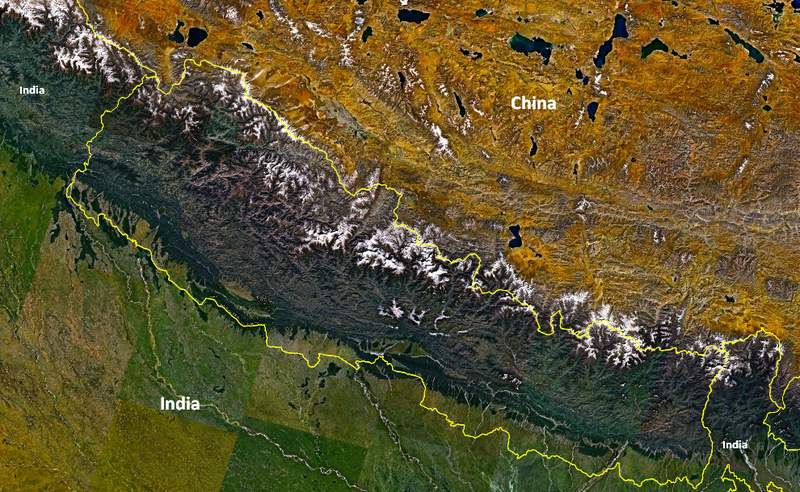 NEW DELHI, (Morning Star News) – A policeman in Nepal was reprimanded and punished for talking about his faith in Christ at a public, multi-faith religious gathering earlier this month, sources said.

Dilip Bhadur Gurung, a constable with the Nepal Armed Force Police (NAFP), was on three-month leave when on Oct. 2 from he spoke at the public gathering in Gulmi. A local news reporter published an article critical of his talk and informed Gurung’s superiors.

Gurung was arrested in Palpa the following day and sent back to his department in Tanau. A source who requested anonymity told Morning Star News his superiors there have decided to withhold his departmental promotion for five years as punishment.

Another source said authorities are employing a double standard.

“It is a kind of injustice – if he was talking about Hinduism or Buddhism, he would not have faced any problem,” pastor B.P. Khanal, head of The Lord’s Assembly and a social activist in Nepal said, told Morning Star News. “Taking the name of Jesus is risky in public-speaking; it is an offense against the law. People are biased and are looking for an opportunity to arrest Christians.”

At the meeting in Gulmi, Gurung spoke about how his faith in Jesus had helped him secure a good job and blessed his family life. The reporter wrote that Gurung was preaching and trying to convert people.

“The journalist was writing according to his understanding of the law, i.e. how can a government staff preach about any other faith,” Pastor Khanal said. “He saw that Gurung was carrying a Bible and thus raised objections and created news.”

After the meeting, Gurung left and checked into a hotel in Palpa, 57 miles away, where police arrested him on the morning of Oct. 3. The reporter, who had followed him, informed Gurung’s superiors and called police in Gulmi and Palpa, Pastor Khanal said.

Police called Gurung’s officer in-charge, and his superior sent him to his post in Tanau.

Evangelizing Criminalized
Evangelizing is prohibited under Nepal’s new constitution, passed in September 2015, as it was under the previous constitution, but the new one has helped incite anti-Christian sentiment.

While the new constitution establishes Nepal as a secular and democratic republic, its definition of “secular” appears to protect Hinduism and allows others only to worship in their own faiths. Article 26 forbids anyone to convert a person of one religion to another.

Evangelizing has long been illegal in Nepal, but advocacy groups have recently detected increased enforcement and other anti-Christian efforts as officials seek to placate Hindus incensed that the new constitution did not re-establish a more prominent place for Hinduism.

Under the Criminal (Code) Act of Nepal, enacted in October 2017, those convicted of evangelizing or forcible conversion can be imprisoned for up to five years and fined 50,000 rupees (US$450). The code came into effect on Aug. 19.

While Article 26 (1) of Nepal’s Constitution protects the freedom of religion or belief and includes the rights to profess, practice and protect one’s religion, Article 26 (3) of states: “No person shall, in the exercise of the right conferred by this Article, do, or cause to be done, any act which may be contrary to public health, decency and morality or breach public peace, or convert another person from one religion to another or any act or conduct that may jeopardize other’s religion and such act shall be punishable by law.”

“The above restriction conflicts with the formation of Nepal as a proportional inclusive state as envisioned by the constitution and articulated in its preamble,” according to an RLFN press statement. “Furthermore, the explanation for the term ‘secularism’ found in Article 4(1) is problematic as it seeks to give a special status to Sanatan Dharma (the religion and culture handed down from ancient times, which is commonly understood as Hinduism) over and above other all religious faith and traditions.”

Pastor Khanal said no law should discriminate against anyone on the basis of religious background.

“And the Nepal law discriminates between Sanatan and others,” he said. “Freedom of religion or belief is to be ensured for all, but the new criminal code ensures the freedom only of Sanatan Dharma, ‘the eternal tradition,’ or the ‘eternal way’ Hindu majority. By its language and meaning, it doesn't tolerate religious activities of minorities except the Sanatan. Practicing, teaching and doing good (acts of welfare) by ‘others’ are criminalized,”

The Christian community of Nepal has faced several cases demonstrating the ease with which the constitution’s anti-conversion laws can be misused.

There is a substantial increase in the number of aggressions recorded by the RLFN against religious minorities, especially Christians, in 2018. There have been bombings and arson attacks on churches, physical assaults on Christians, false accusations alleging evangelism and conversions and false propaganda against Christians.

A delegation of Christian leaders went to meet with the minister of Law and Justice, Bhanubhakta Dhakal, in August to express their concern about the new criminal code.

By criminalizing conversions, Nepal has infringed on the fundamental freedom of religion or belief which is guaranteed not only by its constitution but also secured by several international covenants, according to Alliance Defending Freedom, which undertakes legal legal advocacy for religious freedom.

“These vaguely defined laws are often abused to harass minorities,” according to an ADF press statement. “While the Indian constitution is very clear on protecting religious freedom, Nepal’s constitution prohibits the attempt of religious conversion. At the same time, Nepal is a signatory to the International Covenant on Civil and Political Rights, an international treaty explicitly protecting freedom of religion and expression.”

As a religious country with a strong tradition, the government should not be afraid of minorities but allow diversity, which strengthens an open society, said Tehmina Arora, legal counsel and director of ADF-India. “Every person should have the right to live out their faith freely. The new anti-religious freedom laws do not comply with international law and the human rights treaties the country has signed. No one in Nepal should have to fear persecution because of their religious convictions.”

Article 18 of the U.N. declaration asserts that believers have the freedom to practice their faith “in teaching, practice, worship and observance,” ADF notes in its campaign to obtain signatures supporting the Geneva Statement on Human Rights at www.ImHumanRight.org.

If you or your organization would like to help enable Morning Star News to continue raising awareness of persecuted Christians worldwide with original-content reporting, please consider collaborating at https://morningstarnews.org/donate/?

Photo: Nepal with its Himalayas, from NASA Landsat 7. (Wikipedia)