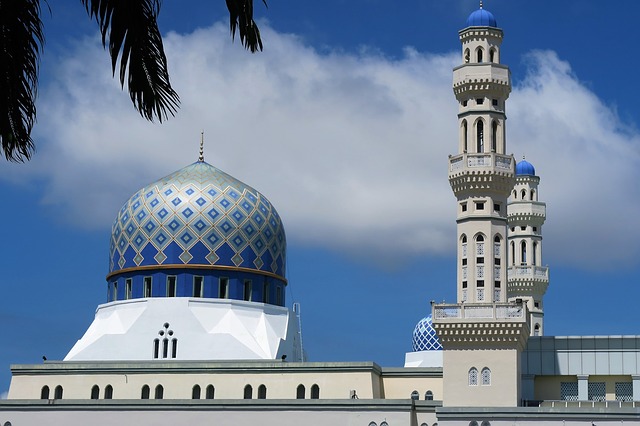 Open Doors is a ministry supporting believers around the world who face religious persecution. It seems that Pastor Koh’s faith had something to do with his disappearance.

Curry says, “He’s the pastor who on February 13th of 2017 was kidnapped in broad daylight in Kuala Lumpur, Malaysia. 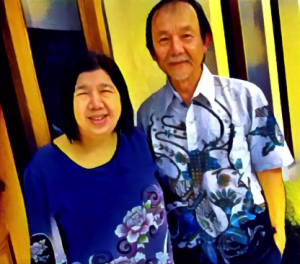 (Capture of Raymond Koh and his wife, courtesy TheStar.com)

“Now what makes this notable is he had received many threats against his life if he did not stop practicing his faith. He had a ministry helping drug addicts and AIDs victims there in Kuala Lumpur. And while he had a significant ministry, it was just a wonderful, charitable, endeavor. But it raised the ire of some extremists, or… we also wondered if perhaps it could have been government officials who on occasion have been harassing Christians within Malaysia.”

However, the investigation into Pastor Koh’s disappearance was at first misdirected and ineffective and now has been dropped altogether. A man named Lam Chang Nam was charged for the kidnapping, but the Human Rights Commission of Malaysia (SUHAKAM) is looking into the case further. There are suspicions that the charges against Nam were made up.

Who is Behind Pastor Koh’s Kidnapping?

And now it’s looking more and more like the government played a role in the kidnapping.

“Two weeks ago we received notice of a whistleblower within the government who says he knows that the government took them, he was part of the group that did it. So, we’re appearing before the Malaysian group at the [United Nations] and appealing to them for answers to Pastor Raymond Koh’s kidnapping,” Curry said yesterday before the meeting.

He explains that Open Doors is doing everything they can to put pressure on the Malaysian government with the hopes that the case will move in the right direction.

“This is a new government. That’s important to remember. Two weeks ago, they had an election, and they elected a new Prime Minister. So things are shifting there. It’s possible that things could open up. And it seems to be that way.”

However, the whistleblower did not testify before the committee he was meant to, and Curry says it’s likely because he was scared for his life. The video caught on CCTV of Pastor Koh’s kidnapping showed a sophisticated, many-manned abduction. Curry says it was almost like a “military strike” and that the uniforms worn by the men resembled that of the Malaysian Secret Service.

Pushing for an Independent Investigation

After the meeting at the United Nations building in New York, Curry said via Facebook Live, “We met with Malaysian government officials to the UN, the permanent residents here at the UN, and they gave us every encouragement. We laid out and agreed upon a series of steps to continue to push this through the Malaysian government to make it a top priority. 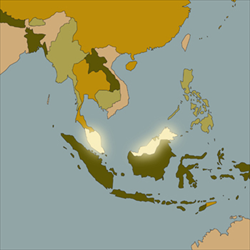 “So, obviously the UN does not control the police force, but they are going to advocate with us and put forward our concerns of an independent investigation into the abduction of Pastor Koh.”

During the meeting, the team from Open Doors shared the video of Pastor Koh’s kidnapping:  “We watched the video with this Malaysian official from the UN. We showed it, he knows of the story but had not seen the video. He was shocked to see exactly what had happened.”

He also says this conversation has opened up a dialogue that will continue into Malaysia.

You can see the video, here.

The Danger Christians Face in Malaysia

But this story is not unique. In fact, Curry says at least three missionaries or pastors have been kidnapped in the last 18 months.

The environment in Malaysia right now is one hostile to Christianity, especially when it comes to changing or sharing faith. As we’ve mentioned before, there have been rumors that people converting from Islam are sent to “re-education camps” where Curry says they are essentially brainwashed into reverting to Islam. The pressure is coming both from the people and the government.

“Underground it’s fairly well known that the Malaysian government and some of the extremists within it have been pressuring the government to move towards stronger Sharia law.” 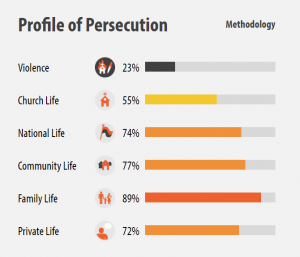 Furthermore, Christians from Muslim backgrounds do experience quite a bit more pushback from society. And altogether, there have been signs that the government and radical Muslims are clamping down on Christianity. In fact, Malaysia is number 23 on the Open Doors World Watch List.

“Some of the things that Malaysia’s been experiencing have been issues where extremists will bring lawsuits trying to make sure that Christians can’t use the word “God” in their local language, effectively trying to stop the distribution of the Bible, the printed Word to Christians and Christian communities.”

Support the Search for Pastor Koh

As Open Doors advocates for Pastor Raymond Koh, they’re asking you to join them by signing a petition for his release. Curry says they want to get as many names in support of Pastor Koh in front of the UN and governments around the world. He says it’s about standing with believers in Malaysia and helping them fight for religious freedom.

Curry says that either the government needs to come clean and admit their part in his disappearance, or kick the investigation into high gear. Again, very little has been done by the government or police force to discover what happened to Pastor Koh.

“They need to answer why, or come forward with Raymond Koh.”

In addition to signing the petition, can you pray? Pray for Pastor Koh’s wife and family.

“They’re looking for their husband, they’re looking for their father. We want to lift them up. I think we need to pray for the Malaysian government at this time and for those people in Malaysia who are religious minorities, who are Christians trying to practice their faith peacefully. And I would pray for wisdom and boldness on behalf of the government officials, the new Prime Minister, that they would reveal the truth and some justice would come to the case of Pastor Koh and these other missionaries who’ve been abducted.”

Via Facebook Live Curry said, “Hebrews 13 says, care for those in prison for the name of Jesus as if it were your own family, and that’s what we’re trying to do.”