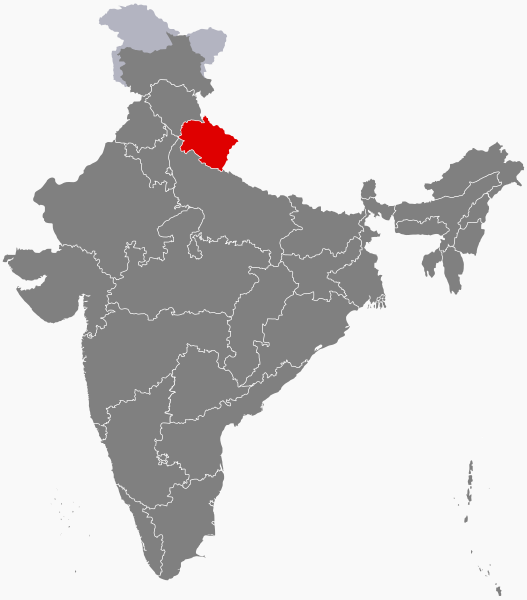 “The bill has been signed by the governor,” Ravi Bijarniya, assistant director for information in the governor’s office, told Morning Star News.

Despite confirmation from the governor’s office, sources at the Uttarakhand Legislative Assembly (Vidhan Sabha) denied receipt of the signed bill.

While staff members of the concerned office deny receiving the signed bill, local media and Jagran, a national newspaper, have reported the news of the governor’s approval of the bill and enforcement of the act.

Dr. John Dayal, spokesman for the United Christian Forum and the All India Catholic Union, told Morning Star News that enacting the anti-conversion law was driven by the ruling group’s communal agenda.

“It fails the very basic test of explaining to the world the need for having such a law,” he said. “There is no forcible or fraudulent conversion in the state to the Christian or Muslim or Sikh faiths shown either by the Census data or by the police statistics. In the absence of such reality, the only explanation can be that it is to threaten the minority communities or to curb the freedom of religion of the Dalit and backward communities whose rights are being crushed by the upper castes which exercise political power in the state.”

The ruling party came to power on a “rabid communal platform,” he added.

Regulating the Holy Spirit
The new law makes forced conversions a non-bailable offense punishable by a jail term of between one and five years. If a victim of “forced conversion” is a minor, woman or person belonging to either a Scheduled Caste (Dalit) or a Scheduled Tribe (Tribal), the minimum jail term is two years.

If this procedure is not followed and conversion is discovered, it will be invalidated and considered illegal by the state government.

The law also requires the clergy performing the conversion ceremony to give a month’s advance notice to the district magistrate. After receiving such information, a police enquiry will be conducted “with regard to the real intention, purpose and the cause of that proposed religion conversion,” according reports.

The law stipulates that any marriage solemnized for the sole purpose of conversion by a man belonging to one religion with a woman of another religion may be declared null and void by the family court, according to reports. The law also allows immediate family members of a person who has been converted to register a case to nullify the marriage.

Swift Passage
The entire process of introducing, passing and signing the bill took less than six months in a state where Christians are just 0.37 percent of the population, according to the 2011 Census. The state is ruled by the Hindu nationalist Bharatiya Janata Party (BJP).

The government of Uttarakhand, headed by Chief Minister Trivendra Singh Rawat, prepared a draft bill after the Uttarakhand High Court in November 2017 suggested the state legislate a “Freedom of Religion Act” to keep a check on “sham” conversions, which in some cases were “only to facilitate the process of marriage,” according to the court.

While the judges admitted that “it is not the role of the court to give suggestions to the state government to legislate,” nevertheless it justified the suggestion, “due to fast changing social milieu.”

The state cabinet, in a meeting led by the chief minister, cleared a draft of the bill on March 12, and it was subsequently introduced in the State Legislative Assembly and passed on March 22. The BJP enjoys a three-fourths majority in the 70-member House.

The swiftness of the Uttarakhand government to comply with a mere suggestion by the High Court has led many to believe the process was a mere formality.

Before passage, Dr. Indira Hridayesh, leader of the Opposition in the Uttarakhand Legislative Assembly, was quoted in media as saying, “There was no need to come up with this piece of legislation; they know they cannot win the elections solely on their own work and are now going back to the RSS [Rashtriya Swayamsevak Sangh] agenda of Ram Mandir [temple] and religious conversions.”

She had highlighted that the bill would violate the provisions of religious freedom that allows individuals to practice religion of their choice without interference.

The Rev. Theodore Mascarenhas, general secretary of the Catholic Bishops’ Conference of India, told Morning Star News that the law empowers the government to trespass on private life.

“It is a complete encroachment on the private life of a person,” Mascarenhas said. “Religion and faith is something very private; it cannot be taken into public domain and controlled from the outside. These are personal decisions.”

“This could be misused against minorities,” he told Morning Star News. “We must safeguard ourselves by approaching the Minority Commission if discrepancy is noticed in any individual case. The commission is established to make sure that such laws are not abused.”

Passed v. Enforced
Anti-conversion laws are currently in force in Odisha (formerly Orissa), Madhya Pradesh, Chhattisgarh, Gujarat, Himachal Pradesh, Jharkhand and now Uttarakhand. Arunachal Pradesh passed legislation but has not framed corresponding rules, and a bill passed in Rajasthan was not signed by the then-governor of the state.

The Gujarat, Jharkhand and now Uttarakhand laws necessitate prior permission in order to convert while the other six laws require notification.

Uttarakhand is the tenth state to pass anti-conversion legislation and the seventh since 2000. Orissa (now Odisha), Madhya Pradesh, Arunachal Pradesh, Chhattisgarh, Tamil Nadu, Rajasthan, Gujarat, Himachal Pradesh, and Jharkhand have passed similar laws, with Tamil Nadu passing a law in 2002 and repealing it in 2004.

Uttarakhand’s BJP-ruled government, led by Chief Minister Trivendra Singh Rawat, completed one year in power on March 18. Rawat is a known RSS worker who has worked his way up the organization, serving as the Organizing Secretary for the RSS in the Uttarakhand region, and later the state before he entered politics through the BJP in 2002.

The hostile tone of the National Democratic Alliance government, led by the Hindu nationalist BJP, against non-Hindus, has emboldened Hindu extremists in several parts of the country to attack Christians since Prime Minister Narendra Modi took power in May 2014, religious rights advocates say.