Nigeria (MNN) — President Donald Trump and Nigeria’s President Muhammadu Buhari are set to meet at the White House today to discuss economic growth and terrorism. However, Open Doors USA is also asking President Trump to urge President Buhari to protect the Christians in his country. 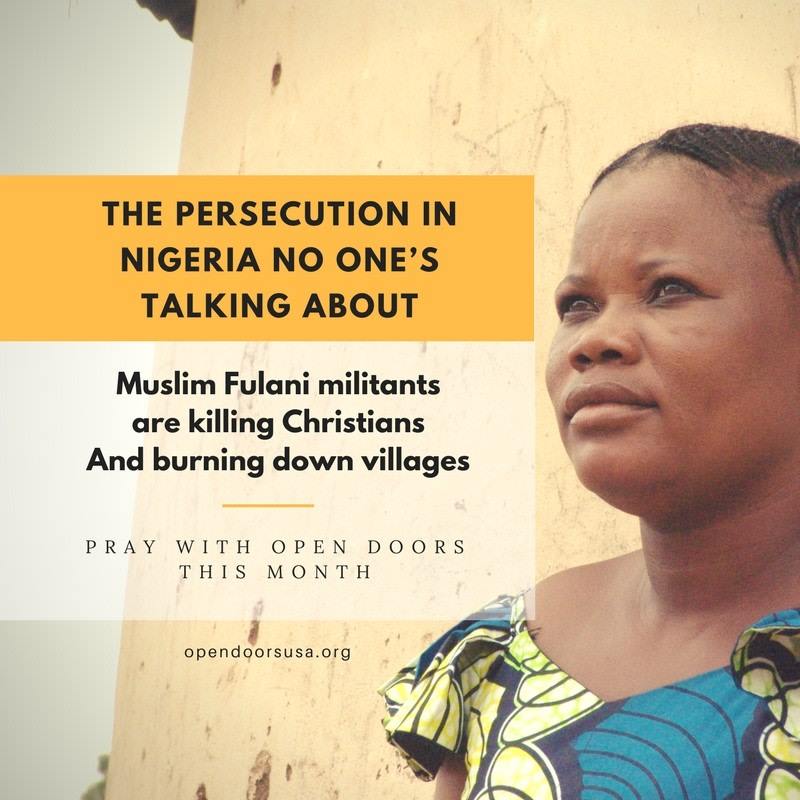 “Open Doors has learned that 19 people, two priests, and 17 worshippers were killed at a church in Nigeria this past Tuesday. So, it’s believed to be an attack carried out by a group we’re getting to be familiar with,” Open Doors’ Sarah Cunningham explains.

“They’re a militant group of herdsmen. They’re a subset of the Fulani people and it’s really troubling because this group of militants, they’re claiming so many lives that they’re beginning to rival the level of Boko Haram, in terms of threat.”

After the attack, President Buhari only offered condolences. And while it has at least been acknowledged that attacks are happening, no steps have been taken for justice or prevention. Further muddying the waters, President Buhari is from the Fulani people group.

According to Cunningham, this group has attacked over 50 villages and shares a similar brutality as Boko Haram. The attacks often happen at night. The militants surround a village, brutally murder the men, and then rape, kidnap, and kill the women and children. But that’s not all, the militants also burn the churches and homes in its path.

“So the level of response right now comes nowhere near the level of threat,” Cunningham says. “And just in the first four months of this year alone, we’ve had 497 deaths reported as a result of this violence.”

Furthermore, there’s evidence that the Fulani attacks aren’t random. They’re targeting a specific people group. And some of the Nigerian people feel the military is looking the other way while attacks take place.

“In the majority of the attacks that Open Doors has studied, and the interviews we’ve conducted on the ground to kind of verify what’s happened in these locations, we’ve seen time and time again that the majority of the victims are Christians,” Cunningham explains.

“And so there is an ongoing religious element to this and that is part of what needs to be addressed if this issue is going to be resolved.”

So please, will you be the voice of your persecuted brothers and sisters?

Be Prayerful, Be Active

Start by raising awareness. People tend to be familiar with Boko Haram. However, few are familiar with the militants from the Fulani people. Share with the people in your life about what is happening in Nigeria. 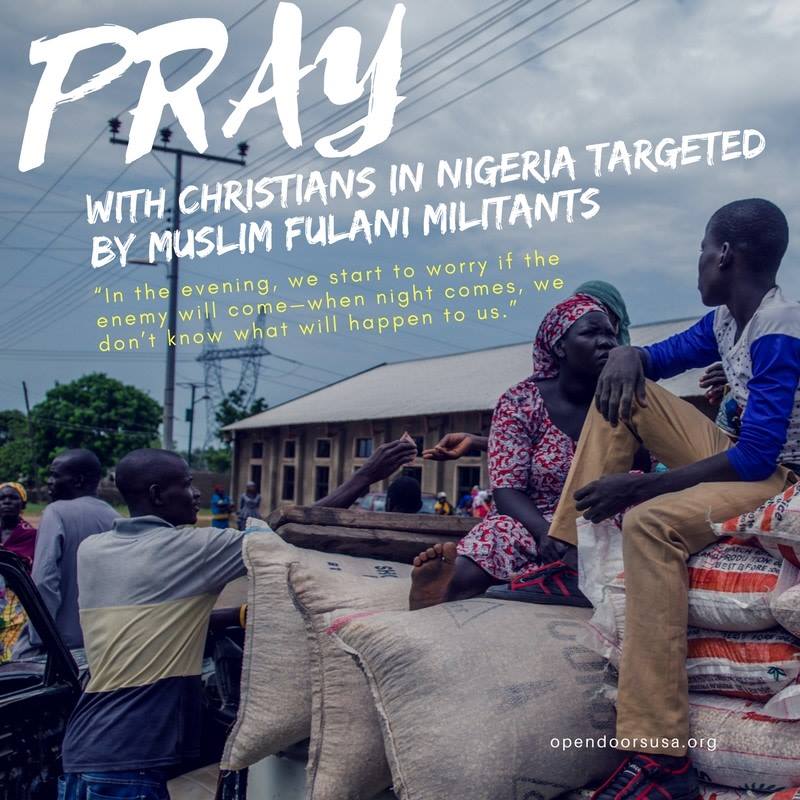 “When you put together all of these individual attacks, the numbers are staggering. We call this the extremists that no one is talking about,” Cunningham says.

Another way to get involved is through advocacy. Ask public officials both in the United States and in other countries to ask President Buhari to act on behalf of the victims of the Fulani herdsmen militants.

Urge these politicians to pressure President Buhari to take tangible steps to restore the rule of law for all people in his country.

Letters of encouragement can be sent to Christians in Nigeria through Open Doors. And individuals can encourage advocacy groups to do more to prevent and help victims of the Fulani herdsmen militants.

Another way to help is through prayer. Pray for the Christians, and others, who’ve been attacked by the Fulani herdsmen militants. Ask God to bring healing into their lives, as well as encouragement, peace, hope, and justice.

Pray also for the protection of Christians in Nigeria and that the Nigerian government would do more for the cause of the people in their country, regardless of their religious affiliation.

And finally, pray that despite the violence, the Gospel would be brought to light in Nigeria. Pray that even the Fulani herdsmen militants would come to know Christ as their savior.

*Nigeria is ranked at #14 on Open Doors’ World Watch List (WWL). The WWL is a ranking of the top 50 countries where Christian persecution is most severe.