Meeting place had temporarily closed after last year's attacks. By The Editor 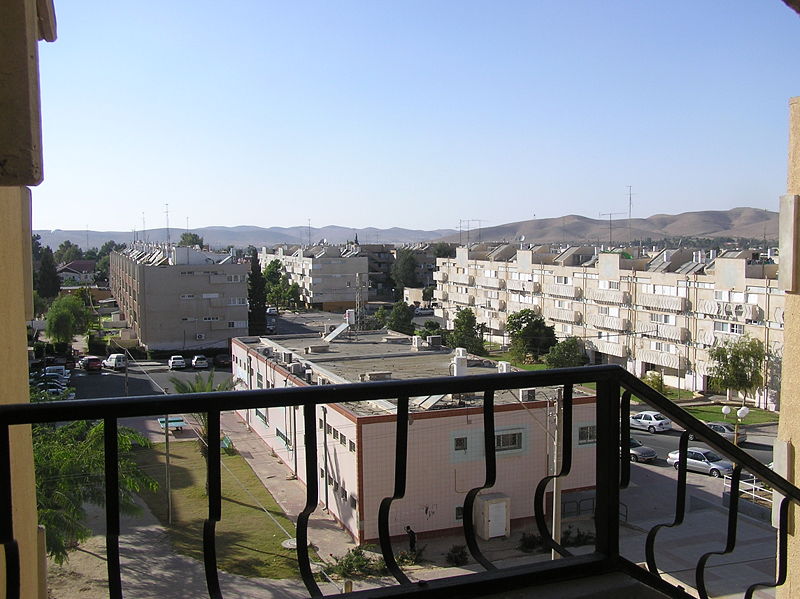 January 26, 2018 (Morning Star News) – After opposition shut down a meeting center for Messianic Jews in southern Israel last May, ultra-Orthodox Jews are harassing it again since it re-opened this month, sources said.

Ultra-Orthodox Jews protested the presence of the center in Dimona, Israel on Tuesday (Jan. 23) and threatened some of the Messianic Jews, followers of Jesus, according to advocacy group Middle East Concern (MEC).

“Protests have taken place the last two weeks after the reopening of the center at the beginning of January,” according to a MEC press statement.

The center, where Messianic Jews meet for conversation, coffee and tea, had been temporarily closed last year due to protests by ultra-Orthodox Jews on May 4, 2017, after which they damaged Messianic Jewish leaders’ homes, breaking windows and traumatizing two children inside one home, one of the leaders told Messianic news outlet Kehila News Israel.

“Because we bent down at the right moment, we were not hit by stones thrown at us,” Albert Knoester, elder at a Messianic congregation in Beersheba, said of last year’s attacks in an interview published by Kehila News Israel. “Apart from this damage, there was also psychological trauma to one of the families in Dimona, due to the demonstrations and also because their house was damaged by stones. But also through bullying, etc., their two young daughters were traumatized by what had happened, and they needed psychological help.”

Knoester, of Nachalat Yeshua (Yeshua’s Inheritance) congregation, said that not long after protestors secretly filmed the Messianic Jews at a Town Hall meeting last year, demonstrators including members of the ultra-Orthodox Yad L’Achim showed up at his and house and did more damage, including smashing windows.

Those incidents, however, led to townsfolk on the street inviting them for drinks to talk, he told Kehila News.

“Quite a number of ‘ordinary people’ are feeling ashamed of what is being done to us,” he told Kehila News. “We receive invitations from people to come over and have a coffee with them. We had at least six times an opportunity to explain to a rabbi why we believe that Jesus is the Messiah – as a result of the question to us, ‘Why do you believe that Jesus is the Messiah?’”

Local media have misrepresented the center as a “mission post,” and false reports including accusations of bribery for conversion to Christianity have also led Jews to talk with them, he told the news outlet. A group of rabbis showed up to interrogate them, he said, and when his wife Esther responded with verses from Psalm 23, they agreed to temporarily close the center while continuing to discuss what place the “Open House” should have in the community.

“One day later,” he told Kehila News, “one of the rabbis wrote in a local newspaper: ‘We went to that house in order to silence them by force, but that woman would not stop talking! She should know about that other verse of Psalm 23: about the valley of the shadow of death. Let her go through it, together with her husband.’”

In the following days local media began a slander campaign, he said. Besides the bribery accusation – that they would offer a car in exchange for converting to Christianity – they were accused of putting a powder in people’s coffee “to change Jews into Christians,” and of coercing Jews to convert by force, he told the news outlet.

“Because they are unable to charge us, and unable to find anything against us, another weapon is used instead: lies, gossip, changing facts and blackmail,” he told Kehila News. “There are pictures of us in the city center with severe warnings. Also, big posters on billboards with nasty texts have been put up. The people are warned to watch out and protect their children against us.”

The owner of the bookshop’s building alleges that the Bible Society is violating its commercial license by selling Christian literature other than Bibles and therefore should not have protected tenant status, according to MEC. The shop has been in the same location for 55 years.

On Wednesday (Jan. 24) two representatives of the Bible Society in Israel went to court to give testimony, but the judge did not appear due to illness, and the case has been postponed to an as yet unknown date, MEC said in a statement.

“The delay is frustrating for those concerned, but the director of the Bible Society in Israel affirms that God is in control and thanks everyone for their prayers and encouragement,” the MEC statement reads. “It is believed that the owner of the premises is being influenced by others who are opposed to the presence of the Bible Society in Tel Aviv and the sale of Christian books.”

On April 30, 2017, a woman identified as a member of the Mahatna family, which has taken over part of St. Mary’s Coptic Convent, broke into its storeroom and physically assaulted a nun identified only as Sister Maria, besides damaging the property. While the nuns were on the way to a police station to file a complaint, the alleged assailant’s brother, Rami, and a friend stopped their car and struck it with an iron bar, unaware that a police officer was inside the car, MEC reported.

“According to Sister Maria, the police officer who had been in the car failed to give a true account of what happened” in testimony this week, MEC reported. “It is believed that the Mahatna family have close links to influential members of the Palestinian Authority and that, as a result, the course of justice is being obstructed.”

A lawyer representing the nuns has asked for damages to the car to be examined by an expert and presented as evidence. The next hearing is scheduled for April 9.

The Mahatna family has illegally taken up residence in part of the convent building, according to MEC.

At a prior hearing on Monday (Jan. 22) regarding the alleged assault on Sister Maria by the Mahatna family member, identified only as Rania, a judge appeared sympathetic to medical reports on the nun's injuries, according to MEC. A final hearing is scheduled for March 23.

“Prayer is requested that the judges will examine the cases fairly, and that justice will be seen to be promptly done; and that the Mahatna family members will stop harassing the nuns and move out of the convent premises,” MEC said in a statement.