Iran (MNN) – Christian parents in the Iranian cities of Rasht and Shiraz will have to make a difficult decision concerning the education of their children. Recently, school authorities in these two cities ruled that children of the Church of Iran denomination must leave school if they refuse to study Shi’a Islam.

According to Christian Solidarity Worldwide, the general practice up to this point was to allow children to opt out of an Islam-focused education and pursue a Christian-based religious curriculum approved by the Ministry of Education. This was under their participation in the International Covenant on Civil and Political Rights. 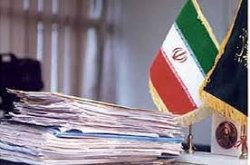 Additionally, the constitution declares that every child is guaranteed free education through secondary school. But this ultimatum makes that promise void. In these cities, the authorities are citing the church as an “illegal organization” to justify their actions.

Greg Musselman of the Voice of the Martyrs Canada says that in the past, second and third generation Christians generally had no problem seeking the alternative education, while those who converted from Islam might have had more difficulty. But now, he says it’s likely that the governments in these cities have come under the pressure of Islamist thinkers.

“They have guaranteed that people are able to get free education for their children, regardless of their religion. And, of course, we know that Iran is a mostly Islamic country. So, now these parents will have to make a decision. If they keep their children in school [with] the way things currently are, they will have to be taught Islamic education as well.”

What’s behind the decision?

Musselman believes the decision comes as a response to the rapid spread of the Gospel in Iran. The Iranian Church is one of the fastest growing bodies of believers in the world.

“Many Iranians are coming to faith in Jesus Christ and that’s causing alarm amongst, especially, those that are more conservative or hardline in their Islamic faith.”

But this isn’t a situation unique to Iran, or even just Muslim-majority nations. It is happening in some Buddhist and Hindu dominant nations as well. There is a concern that through the Gospel, Western culture is infiltrating these nations. There is fear that other faiths will undermine the foothold of the major religion.

“You get into some of these communities where they start to put pressure on the government officials in wanting only their religions to be taught, and they want it mandatory within the school system,” Musselman says.

Is it really a big deal?

So far, the decision to deny Christian students a Christian education by the government has only happened in two cities. So, what’s the big deal? Musselman says, “It starts somewhere. And once there’s a foothold gained, then it can start to spread to other communities right across the country.”

In other words, unless this decision is reversed, precedence has been established. The Open Doors World Watch List ranks Iran as the eighth worst country to live as a Christian. Iran is officially the Islamic Republic of Iran, and the persecution mostly comes from Islamic oppression. 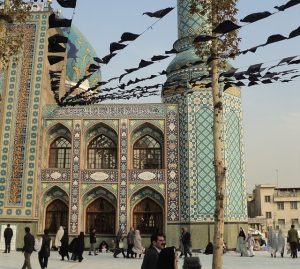 And yet, in bigger cities that are more culturally diverse, the push to reject other religions and cultures isn’t as strong. Liberal and moderate Muslims either support religious freedom, or they are unbothered by what is happening with Christianity. Another factor is that these cities have a higher visibility with international audiences.

“But certainly in the smaller areas or the areas that are not watched as closely, they’ll see—again, the Islamists, the conservative types— that this is an opportunity to push their agenda.”

While Christians and other non-Muslims might be afraid of this decision spreading to other cities, those who want to eradicate Christianity from Iran completely might be motivated by what’s happening in Rasht and Shiraz.

The different branches of the Voice of the Martyrs that are working in this area have witnessed the growth of the Church as people come to Christ through visions, radio, and other means.

“From that perspective, we pray that the Gospel continues to get into Iran and [that] people have an opportunity to hear for themselves the Good News of Jesus Christ. And so, I know we need to continue to pray that those doors would not be closed, and for those that are working, especially in the underground Church, to have opportunities and not be held back by fear or opposition that could cause them violence.”

Partnering with the Persecuted Church

We can pray for the reversal of the educational decisions made in Rasht and Shiraz. We can pray for wisdom for the parents who have to decide whether they should still send their children to school, or keep them home. 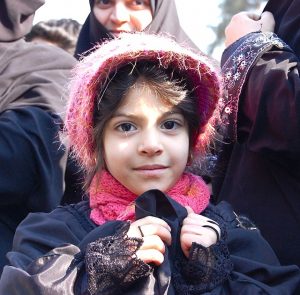 “So, pray for our brothers and sisters in Iran that they would continue to be strong, they won’t be intimidated whether it be the school system, government leaders, Islamists that are trying to prevent the Gospel.”

Musselman says they are thanking God for what is happening in Iran as the Gospel spreads, and they are continuing to support the Church through the challenges they face.