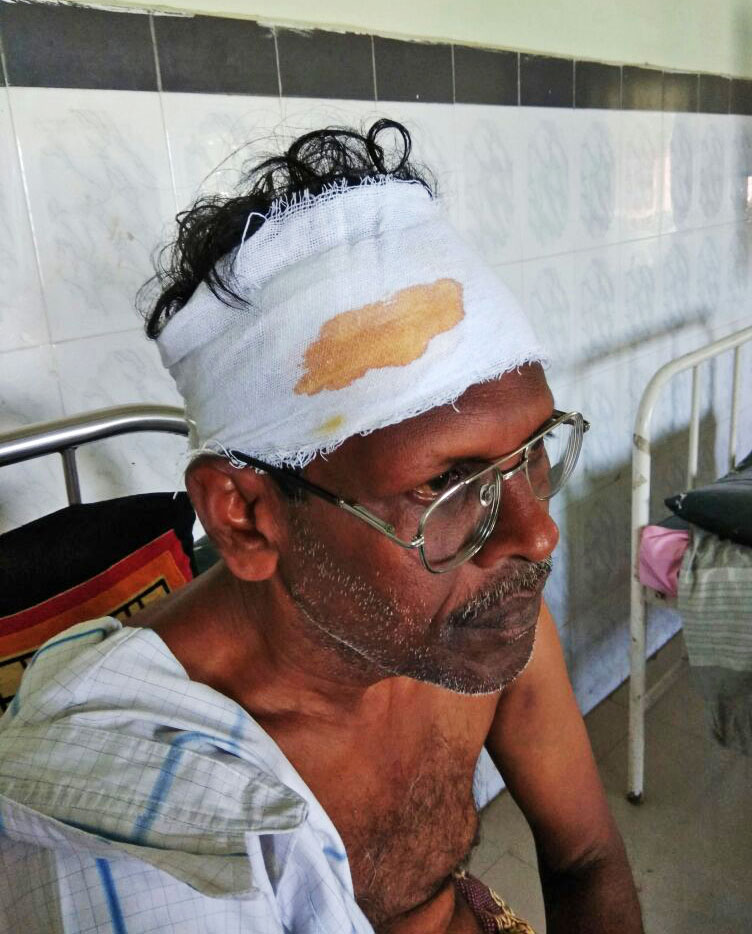 In Thyagaraja Nagar, in the Sirkali area of Nagapattinam District, 28-year-old pastor Daniel Jebraj was returning home on July 19 at about 7:45 p.m. when he noticed five men drinking alcohol, smoking and ridiculing Christianity in front of his church gate, he said.

“I told them this is not the right place for drinking and smoking activities,” Jebraj told Morning Star News, adding that he asked them to leave. “I was not aware they were waiting for me. They pulled out the weapons and attacked me.”

As they struck with the knife, wooden sticks and steel rods, his 61-year-old father, pastor Muniyandi Elangoan Jebraj, rushed out to help him.

“They were spewing very dangerous words – I can’t say such words, they are highly derogatory and foul,” Daniel Jebraj said. “My father came out running, and he too was beaten.”

Christians identified the assailants as members of the Hindu Makkal Katchi, a wing of the Hindu extremists Rashtriya Swayamsevak Sangh (RSS) in the state. 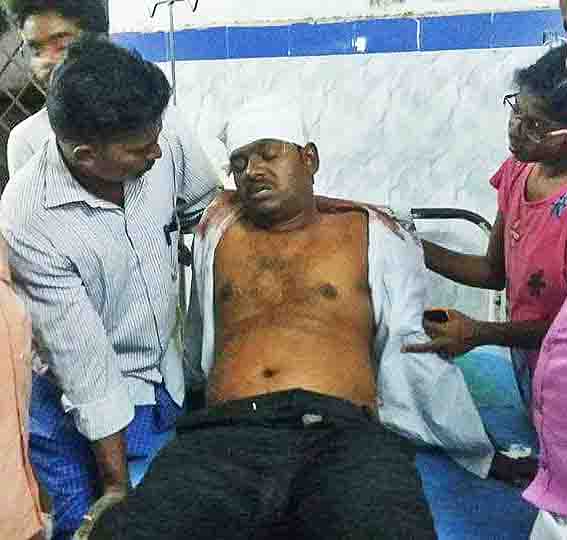 “Soft tissue in his brain is injured,” Rajendran said of Elangoan Jebraj. “And Daniel’s bruises and cuts had to be stitched.”

Elangaon Jebraj was referred to Nagapattinam Medical College to consult a neurologist for further treatment.

Superintendent of Police Abhinav Kumar told Morning Star News that a First Information Report (FIR) was filed against two people, and that they appeared in court and were sent to judicial custody, but Daniel Jebraj said only one suspect was arrested plus an innocent young man who took no part in the beating.

Kumar denied the religious motive for the attack.

“It is a simple, independent incident,” he said. “There is no groupism, no enmity between two groups. One of the accused belongs to a minority.”

Of the five assailants, police arrested a Hindu identified only as Hariharan and an 18-year-old Muslim, Mhamadhu Abdullah Barish; the latter took the pastors to the hospital, Daniel Jebraj said.

“The police falsely framed the boy to prevent exposing the case as Hindu extremist violence on Christians,” he said. “Abdullah has no relation to this case. He heard our screams and came and tried to take us to the hospital. He did not beat us.”

The district vice president of the Tamil Muslim Munnetra Kazagham, a group working for the progress of Muslims, agreed that Barish was falsely accused.

“Abdullah is falsely framed in the church priest’s attack,” the official, who identified himself only as Mujheebudhin, told Morning Star News. “When the pastor complained against the five accused, identifying them as Hindu Makkal Katchi activists, police arrested a minority community boy to show there is no communal violence in the state.”

The Hindu Makkal Katchi have been aggressively inciting Hindus in Tamil Nadu to attack Christians, sources said. Previously active only in the Kongu belt comprising the western part of the Tamil Nadu and parts of the states of Karnataka and Kerala, they now have spread to the rest of Tamil Nadu, a source said.

Hindu Makkal Katchi leader Arjun Sampath has circulated posters spreading hate against Christians in Tamil Nadu, sources said. Translated, a poster on a wall in Nagapattinam District says, “Don’t be cheated hereafter. Christians have spoiled our culture and historical importance. Their pastors are deceiving us with foreign funds. Anyone who converts from our mother religion to Christianity is an anti-national and deshdrohi [traitor]. Don’t fall for the sweet talk and foreign funds of Christian pastors.”

Three months ago, when area Christians distributed 50,000 gospel tracts and pastors from across southern India gathered, about 150 Hindu extremists surrounded them on a main thoroughfare in the Sirkali area. Police arrived and brought calm, Daniel Jebraj said.

After five years in ministry, the church has seen Christians growing in numbers and breaking down caste-based barriers, he said. The latest attack, he said, was a setback for the community.

“It was a pre-planned attack, an attempt to murder,” he said. “They carried weapons.”

Since Prime Minister Narendra Modi took power in May 2014, the hostile tone of his National Democratic Alliance government, led by the Hindu nationalist Bharatiya Janata Party (BJP), against non-Hindus has emboldened Hindu extremists in several parts of the country to attack Christians, religious rights advocates say.