A counter-message for the signal the government is sending.

By Our Jerusalem Correspondent 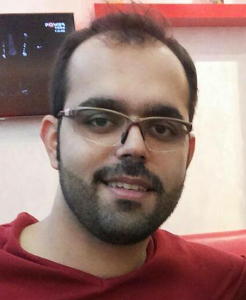 Since June 2016, courts in Iran have given 11 Christians prison sentences of at least 10 years, mostly on charges related to house-church activities for converts from Islam, according to advocacy group Middle East Concern (MEC).

The hunger strikes are meant to draw attention to the severity of the sentences, as well as the poor treatment these prisoners often receive once they are in custody, according to human rights advocates. The abuse includes being held without charges, detained for long periods without trial and prolonged isolation and interrogation.

“It’s one of the ways, in a way, to raise objections to the Judiciary of the Islamic Republic of Iran,” MEC’s Nikoo Cordman said. “Because they don’t treat them well, don’t care for their concerns, don’t hear them out. This is the only way, in some cases.”

Amin Afshar Naderi lost 10 kilograms (22 lbs.) after a 21-day hunger strike in Evin Prison that ended when he was released on $80,000 bail on Tuesday (July 25). Naderi, a convert from Islam, is serving a 15-year sentence for charges that include “acting against national security” and “insulting the sacred,” according to MEC. The 15 years may include time already served, according to the group.

Shortly after Naderi went on the hunger strike, 30-year-old Ebrahim Firoozi declared a 10-day hunger strike on July 17 while serving a four-year sentence.

“The government of Iran does not determine or confirm the Christian faith of people, and this matter is entirely within the jurisdiction of the Church,” Firoozi wrote in a letter to the Prosecutor General of Tehran the day before he started the strike.

The sentences were handed down by Judge Ahmadzadeh, according to MEC.

All but Tamraz are converts to Christianity. The theocratic regime seems to view Christian converts as having betrayed Islam and the state itself, according to advocacy group Christian Solidarity Worldwide (CSW).

Christian converts from Islam in Iran may face charges of apostasy, though such a charge is rare, according to MEC’s Cordman. In the last 10 years, advocates say, the government has put growing pressure on the country’s rapidly spreading Christian community.

“It’s a testament to how harsh the Iranian regime is acting against Christians, specifically Christian converts, trying to destabilize the church and ruin and destroy the existence of the church,” Cordman said.

Family Hardship
Naderi was arrested along with Hadi Asgari and a few other Christians on Aug. 26, 2016 while attending a picnic in Firuzkooh, northeast of Tehran, according to CSW. Previously he had been arrested at a Christmas celebration on Dec. 26, 2014 at the Tehran home of Pastor Victor Bet Tamraz.

Naderi was given a 15-year sentence and a two-year ban on July 3 and 4, which may include time already served, according to MEC.

Tamraz, who is an ethnic Assyrian Christian, and Asgari were both sentenced at the same time as Naderi to 10 years in prison and were also given two-year travel bans, according to MEC. Charges for Tamraz included “conducting evangelism,” “illegal house-church activities” and “Bible printing and distribution,” while those against Asgari included, “acting against national security” and “organizing and creating house churches.”

Tamraz was released on bail March 1, 2015, according to MEC, and Hadi remains in prison.

All have filed appeals against their sentencing.

Three days after Naderi started his hunger strike, he released a letter to the judiciary condemning his treatment in prison.

“It has been a year now that I have tolerated all the insults from my inmates, the prison guards and you all, while I have not done anything wrong and have been deprived of basic needs. However, I have always prayed for you to be fair and just,” Naderi wrote, adding that he was hidden from international representatives when they visited the prison on July 5.

Along with procedural problems and intimidations, Christian converts also are protesting treatment such as lack of medical care and not being provided Christian literature, Cordman said.

Naderi went on a previous hunger strike in February, along with Asgari, after Asgari was not given medical care for a kidney infection. The two were also protesting delays in their case, according to CSW.

Shortly after their hunger strike ended, the head of the attorney general’s office visited Evin Prison and, during the visit, promised to deal with their case promptly, according to CSW. It was not clear if the promise was a direct result of the hunger strike, Cordman said.

Since Naderi’s recent release from prison, friends and family are praying and working on improving his deteriorated health, including weight loss and a blood pressure of 100/60, according to Mohabat News.

The physical deterioration of the hunger strikers and possible death can be a liability for the Iranian regime, Cordman said.

“Internationally it pressures them to show front and face to the international world to say they are upholding religious rights and are allowing religious freedom,” she said.

‘Insulting Islamic Sacraments’
Firoozi was given a sentence of more than five years in January for “acting against national security through collusion and gathering,” according to CSW.

He had served 10-month sentence for “propaganda against the regime,” “insulting Islamic sacraments” and “acting against national security” and should have been released in January 2015.

The 30-year-old’s physical and mental health has weakened in prison, according to Mohabat News, and he was not allowed to take leave to visit his sick mother.

He started a hunger strike on July 17 in Rajai Shahr Prison in Karaj.

Previous Hunger Strikes
The men are carrying on the tradition of previous prisoners, including Maryam Naghash Zargaran, who was arrested in January 2013 in connection with her work with a former prisoner and also charged with “acting against national security,” according to CSW.

Zargaran began her four-year sentence in July 2013 in Evin Prison. She started a hunger strike in July 2016 after the prison was not able to address her multiple health challenges, including a heart condition. She had been allowed to leave prison in June 2016 to receive treatment after posting a bond of $100,000 but was ordered to return later that month.

She reportedly ended her hunger strike in early August 2016 at the request of her family, according to CSW. She was allowed to receive treatment at the end of that month, but her furlough was cancelled on Sep. 17 when she felt she could not meet with the stipulated terms. She was allowed to receive treatment again in December 2016, but on her return five days later she was informed that 42 days had been added to her sentence.

In Christian support organization Open Doors’ list of countries where it is most difficult to be a Christian, Iran had a score of 85 out of 100 in the 2017 World Watch List, leaving it ranked eight out of 50.

“House-church leaders, anyone in a leadership position is mostly targeted,” Cordman said. “They know the leader might be connected to other Christians, and by taking the leader, they’ve dismantled the church.”

Because Armenian and other ethnic churches are not allowed to have Farsi-speaking worship services, a house church is the only option for a Christian convert in Iran, and pressure on these churches has gradually increased.

Various aid and rights groups affirm that the underground church is growing in Iran despite the crackdown. As many as 450,000 Iranians are worshipping Christ within Iran’s borders, according to Open Doors, and other organizations believe the figure could be as high as 1 million in the country of 80.3 million.

“In the past 10 years, there has been worse treatment of religious minorities, specifically Christian converts,” Cordman said. “That is probably because church has been growing as well. More people are coming to Christ.”