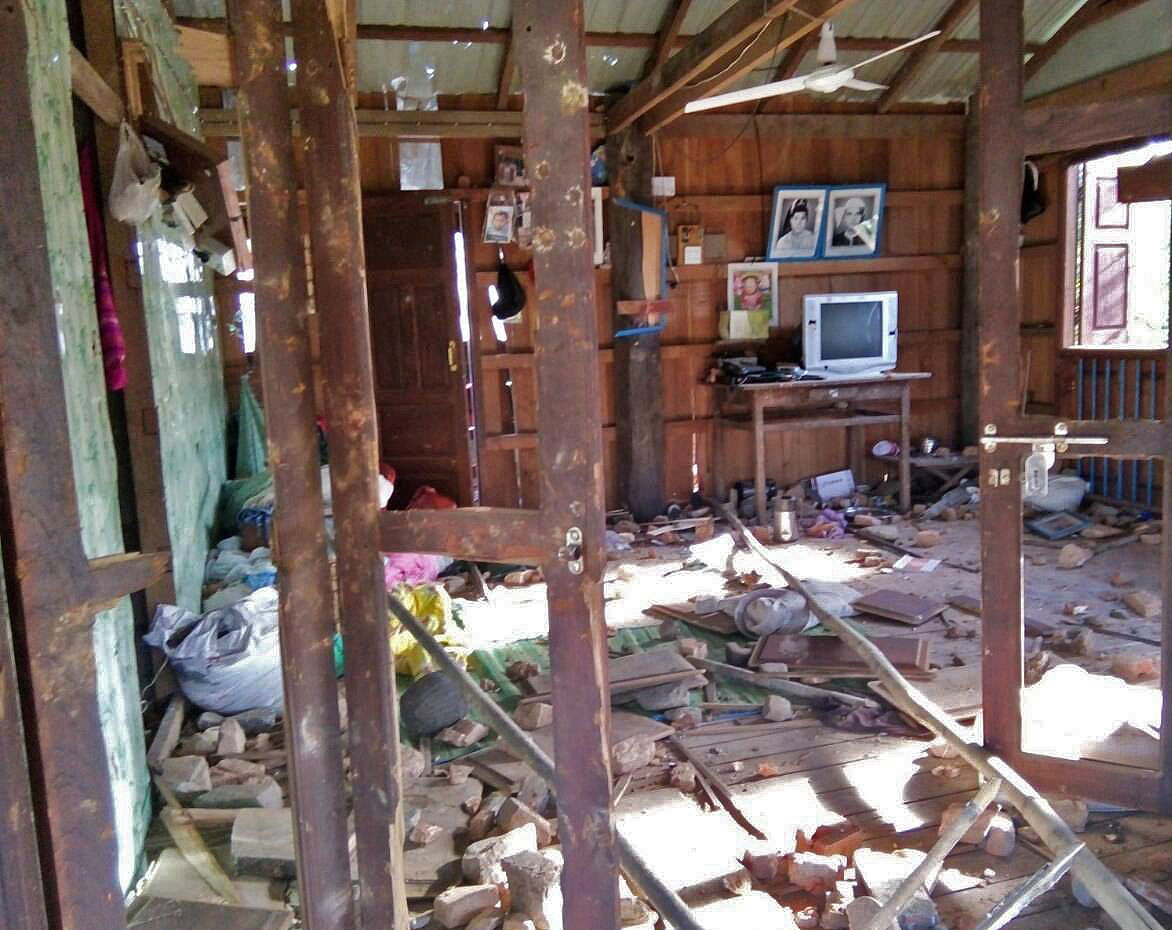 In Thi Taw village in northwest Burma’s Sagaing Region, the mob threw stones and broke into houses on July 6, two days after two families put their trust in Christ and left Buddhism, a local official told Morning Star News. Four women and three men who were hit with stones and sticks and suffered injuries on their heads, faces and backs. Three motorbikes were destroyed.

The Buddhists told local press that the Christian villagers sang and preached late into the night to celebrate and welcome the new Christians. The local Buddhists told Morning Star News that the Assembly of God Church members, visiting from neighboring Chin state, held services for three days, prompting them to attack on the third day.

The two converted families are ethnic majority Burman who put their faith in Christ on July 4.

Prior to the attack, a monk in Thi Taw told the worshiping Christians to be quiet and stop making noise late at night, several residents told Morning Star News.

“They made noise every night when neighbors were asleep,” a local Thi Taw official, Soe Thura Hlaing, told Morning Star News. “They were clapping, and dancing until late at night. On the third day, neighbors were angry and went to attack them. They took sticks and stones with them.”

As is common in Burma, the Buddhists made unfounded accusations that the Christians gave money to the two Buddhist families to convert to Christianity.

“I don’t know whether they were given money,” Hlaing told Morning Star News. “But what I know is that they were attacked because they were converted to Christianity.”

Several witnesses told Morning Star News that the mob got very angry after local police and local authorities tried to stop them from attacking the Christians’ houses. Police shot into the sky to warn and frighten the assailants, which only further infuriated them, and they destroyed the Christians’ furniture and other belongings, besides beating them, Hlaing said.

“When we turned on the torch [light] toward them [the assailants], they threw stones also toward us,” said Hlaing, who tried to help police stop the attackers. “So a policeman in our group fired the gun in the air three times. When they heard gunfire, they become more aggressive and threw more stones at us.”

Unable to stop the attack, he and police asked other monks to help them, he said.

“When the monks arrived, we shouted for them not to throw stones,” Hlaing said. “And the monks took pastors and injured people and sent them to local clinics.”

Christian families have relocated to a compound belonging to a local church until their houses can be rebuilt.

The Chinland Guardian reported that the attack was well-organized, as local monks and authorities brought villagers in five vehicles to hurl stones at the Christians’ homes, where the worship services were taking place. The attack reportedly lasted four hours.

Monks and authorities tried to pressure the newly converted Christians to return to Buddhism by making them choose between “re-conversion” and being banished from the village, local press reported.