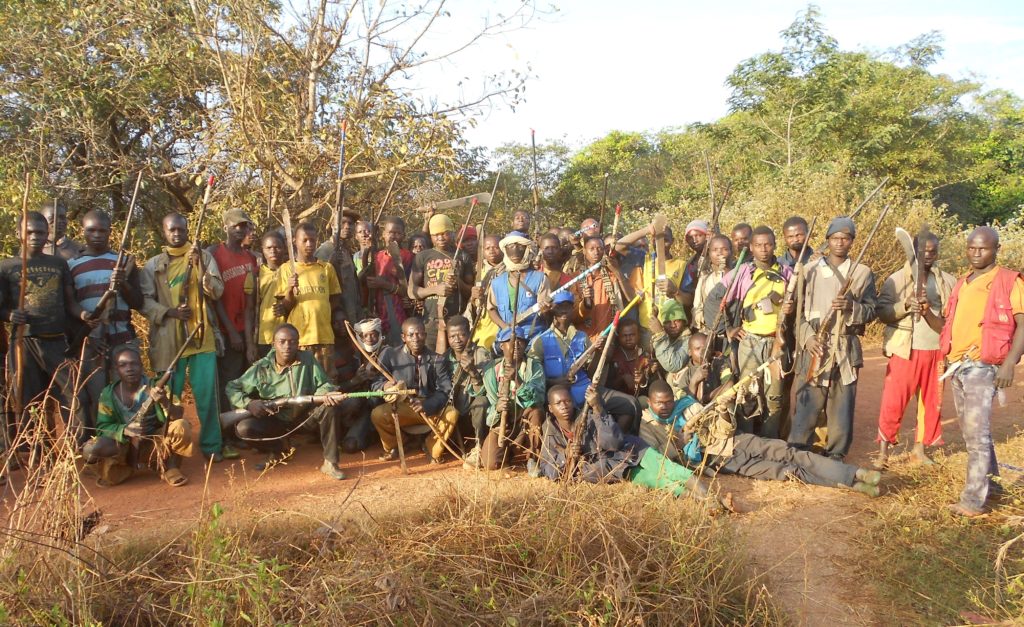 The 92-page report, ‘Killing Without Consequence: War Crimes, Crimes Against Humanity and the Special Criminal Court in the Central African Republic,’ “presents a comprehensive account of war crimes committed in three central provinces since late 2014, including more than 560 civilian deaths and the destruction of more than 4,200 homes.

“The crimes fall under the jurisdiction of the International Criminal Court (ICC) and the Special Criminal Court (SCC), a new judicial body that, when operational, will investigate and prosecute grave human rights violations and war crimes in the country since 2003.”

Who are the Anti-balaka?

Described in Western media as 'Christian rebels', the Anti-balaka are anything but Christian; at best they might be nominal or cultural Christians. Wearing juju (occult charms) around their necks, they fight with knives, clubs, rifles and (ironically) machetes, to rid the south of Muslims. Furthermore, they routinely threaten to burn churches and kill pastors that shelter Muslims. But as the Rev. Dieu-Seni Bikowo explained in 2014, "For us they are not Muslims or Christians. They are people - people in danger."

“Over the past two years, hundreds of witnesses told us of brazen war crimes committed by Séléka and Anti-Balaka fighters across the [central] and eastern part of the Central African Republic,” says Lewis Mudge, Human Rights Watch’s Africa researcher. “The lack of justice for these crimes has left fighters free to terrorise civilians at will, and fuelled ongoing revenge attacks.”

The report “focuses on the SCC – a unique hybrid court embedded in the national system with national and international judges and prosecutors – that is in the process of becoming operational”, Human Rights Watch said. “The court offers an unprecedented opportunity to promote justice, but requires sustained financial and political support from the government and its international supporters, especially the United Nations.”

On 19 June, the government and 13 of the 14 armed groups in the country, signed a peace deal aiming to end the violence that has killed thousands of people, but the deal was denounced by Rev Nicolas Guérékoyamé-Gbangou, president of the Evangelical Alliance – one of the country’s three top faith leaders, recognised globally for their efforts to end the civil war.

“What causes the problem here is impunity, with on one side the ‘godfathers’ and executioners who continue to kill, rape, plunder and commit all sort of atrocities. And on the other, those who have no ‘godfathers’, who continue to suffer,” he told World Watch Monitor. “Central Africans have suffered a lot and they are waiting for justice. But by turning a blind eye to crimes that have been committed, we risk opening the door to another cycle of violence.”