Security not only concern for Syrians returning home

As Islamic State forces are pushed back and more areas declared “safe”, Syrians are starting to return to their homes. According to the UN’s Refugee Agency (the UNHCR), nearly half a million have gone back since January.

Around 440,000 internally displaced people, and more than 31,000 refugees who had fled to surrounding countries, have now returned – mainly to the cities of Aleppo, Hama, Homs and Damascus – “to check on their properties or to find out about family members”, said UNHCR spokesman Andrej Mahecic, as people consider the security situation in Syria to be improving. However, he added that the conditions for refugees to return in safety and dignity are “not yet in place”.

An estimated 6.3 million people remain internally displaced across Syria after more than six years of war, while a further 5 million are refugees in neighbouring countries.

Syria has also produced the most asylum-seekers in 2016, ahead of Afghanistan and Iraq, according to a report on broader migration trends from the Organisation for Economic Co-operation and Development. The number of people fleeing war in 2016 showed a slight decrease compared with the year before, while asylum requests continued to drop in the early months of this year.

Of the 2 million Christians who lived in Syria in 2011, roughly half of them had fled by 2016, according to a report published earlier this year by a trio of Christian charities. For many of them, the arrival of IS was only the “tipping point” for displacement, according to the report. The ultimate decision to leave was due to an “accumulation of factors over time”. 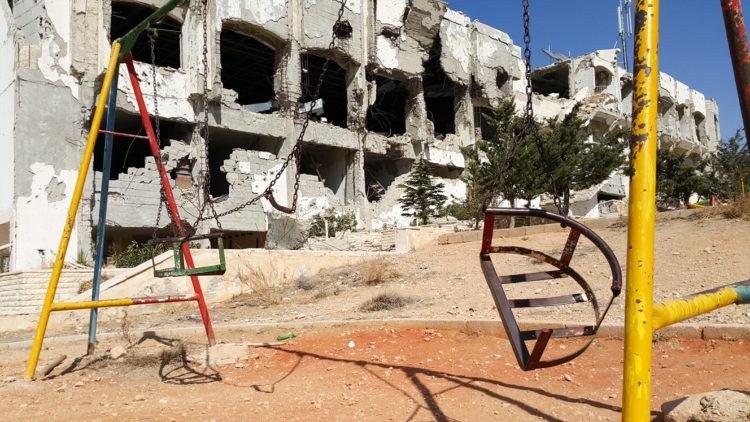 Entire neighbourhoods have been destroyed in Syria’s civil war. For minority groups to return home to rebuild and engage with any reconciliation process, it is vital they are supported in their political and security concerns, a report says. (Photo: Open Doors International)

The report also noted that for the Christians who settled elsewhere, there was “little incentive” to return, with several interviewees saying “the Middle East is no longer a home for Christians”.

For Syrians to wish to return home therefore requires more than just safety from IS, the army or other militant groups. A policy paper released alongside the report suggested the establishment of a “national accountability mechanism” to deal with incidents of religious and ethnic persecution and discrimination in Iraq and Syria, aiming “to restore faith in a system that ensures all religious and ethnic communities are affirmed as equal citizens and deserving of protection, while also deterring negative actors from taking adverse actions against these communities”.

In January a UK coalition of mainly Christian charities working in Iraq and Syria said in their report that it was “vital that Christians and other minority populations have support for their political and security concerns if they are to feel reassured enough to return […], rebuild their communities and undertake any reconciliation process”.

Meanwhile, most of those who choose to return will find their houses severely damaged and the local infrastructure destroyed. 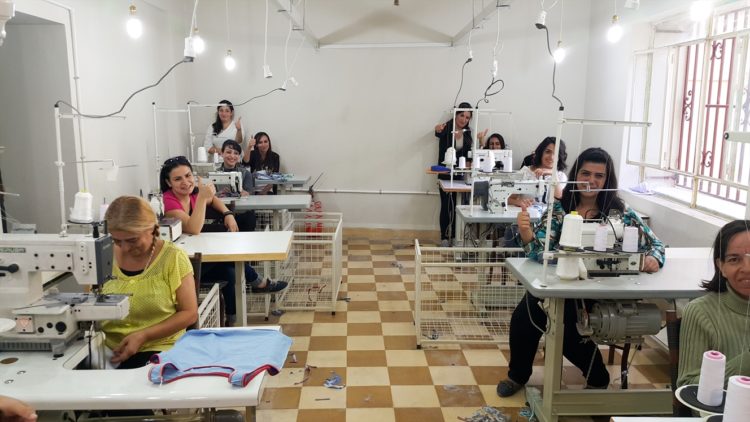 A sowing project in Maaloula helps women to grow in their skills as tailors. The products they make will be sold to generate income. (Photo: Open Doors International)

In November, World Watch Monitor shared the story of Nesreen*, who returned with her family to settle back in Maaloula, 50km north of Damascus. She received help from Christian charity Open Doors to rebuild her house, and took part in an income-generating project, where she learned to make clothes and other products that she could sell.

“Basic needs are being met but local church leaders recognise that the need for pastoral care and trauma counselling will increase significantly as more people return,” said a project coordinator for the charity. “Often they don’t think of asking for this kind of help. They don’t realise they have a need or they think it’s not for them.

“Distribution of food and medicine is good, but in the long run that is not our core intervention as Open Doors. We are there to support, to follow up with churches who can help to reintegrate people back into society. Churches don’t have to provide jobs but can advocate for the rights of Christians. Christians need to be part of building a new society in Syria.”