Ways for Christians to pray during Ramadan

International (MNN) — As Ramadan begins this weekend, Michael Thompson of OneWay Ministries says Muslims aren’t the only ones who can join in unison. Christians have a chance to join together from around the world to pray for the Muslim community in this coming month.

“We absolutely need mass global prayer for a mass global issue, and it all has to be rooted in love.” 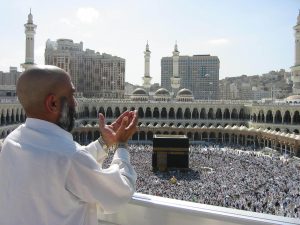 Though Thompson says Islam has a certain stigma, he believes God sees past that. “He loves Muslims, and contrary to popular belief, Muslims are people who have families, who have kids, who have hopes, who have dreams.

“They are people that have yet to encounter the light of understanding,” says Thompson. “They don’t see yet that Jesus is the Son of God, the one who has died, was buried, and rose again, and who is the way, the truth, and the life. There is no other option.”

That’s where prayer comes in. “Helping Muslims come to know Jesus must happen as a result of that powerful prayer that undergirds the proclamation and the demonstration of the kingdom.” He believes that even when it comes to the few who “are enemies of the cross, we gladly intercede and pray for them.”

Even political strife shouldn’t prevent believers from praying. “The most important immigration policy in the universe is if someone feels welcome into the arms of Jesus and into His kingdom,” says Thompson. “As believers, that is our focus.”

And “because of technology and the internet and communication tools, the Church can unite like never before to pray in unison for the Muslim world.” Prayercast, a branch of OneWay Ministries, provides one of those ways. 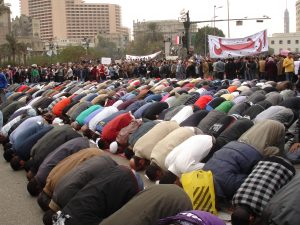 “Every single day for four weeks we will be praying in unison with people all around the world by watching a video that highlights a nation or a topic,” said Thompson. Videos will cover topics like worship, Libya, the Psalms, Somalia, and more.

To sign up for the daily emails, text RAMADAN to 22828 or go to Prayercast.com.

“The greatest turning of Muslims to Christ in history is happening now,” says Thompson.
“Everywhere Islam exists, people are being drawn to Jesus, and it’s happening in direct correlation to increased movements of prayer.”

Want to find out more and sign up to pray during Ramadan? We’ll connect you right here.