Indonesia (MNN) — Last week, we talked about the election for governor of Jakarta, Indonesia that was littered with religiously-tinged attacks. The Christian governor running for re-election, Basuki Tjahaja Purnama, had lost to the Muslim candidate, Anies Baswedan. At the time, Basuki, better known as ‘Ahok’, was facing blasphemy charges. 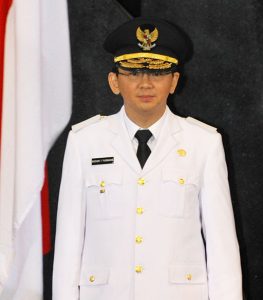 But now, Jessica Gilbertson with Asian Access reports, “They charged him during the course of the campaign, which got dropped the day after he lost the election, interestingly…and he’s been fighting it for months throughout the campaign. Even when he submitted his candidacy, they kept having different requirements changed to make sure he can’t even put in his candidacy.”

Gilbertson goes on to say, “Now, a lot of people are really disappointed. You see on Instagram, they’re putting flowers everywhere like a mourning flower, like ones they send to a funeral. They’re saying [to] Ahok we’re just really sad that you left us when we were just falling in love with you.”

The reason several people in Indonesia appreciated Ahok as the capital city’s governor was because his leadership was a breath of fresh air from previous patterns of corruption.

“People had gotten used to the fact that if you govern people, you are like the king, you can do whatever you want and corruption was just running rampant. It was just something that was acceptable. Suddenly, [with Ahok] they realized, ‘Oh, this is what a clean government looks like,'” explains Gilbertson.

“He was basically just running everything transparently. He showed all the contracts, he just showed people how bad the corruption was by simply doing the job he needs to do.” 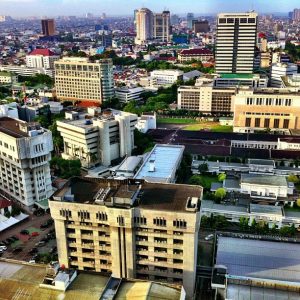 These religious attacks in a critical election show the growing influence extremist Muslim groups are gaining in Indonesia — a Muslim-majority nation.

“Indonesia is actually a moderate country in terms of Islam, but there’s always those radical elements, of course.”

Ahok broke a lot of barriers as a double-minority in Indonesia, being both Chinese and a Christian. “So [radical Muslim] people really feel threatened and they say, ‘We have to do everything we can to make sure he is not elected, because if we allow one Christian and one Chinese to hold such an important position, we’re afraid it’ll become…more of that in the future. So we just have to cut that off in the beginning.’”

But Gilbertson says Jakarta’s former governor is still holding to his faith. “I think his future is bright wherever he goes. He’s famously said, ‘I don’t care if a thousand hands are trying to take me down, because I know I just need one hand of the Lord to keep me in my place.’”

As a country, Indonesia has a unique terrain to deal with since it’s made up of around 18,000 islands. The landmasses are far-spread and while the government protects freedom of religion, policing all the islands can prove to be difficult.

Asian Access works with Christians in Indonesia, including the outer areas, and Gilbertson says they hear reports of social pressure. 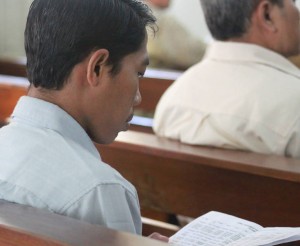 “Even the Chinese community decided that maybe we should not vote for Ahok, otherwise we’re going to be targeted if he’s won. Some of the Muslims outside the island of Java really did a big rally and said if you’re a Muslim woman and you voted for Ahok, than by right, it’s okay to rape you…. The radical element will still happen in the outer parts of Indonesia, and it’s still a concern.”

But there’s good news. The Church in Indonesia is growing, and Asian Access stands witness to that. Often, Indonesian evangelists they work with will start conversations about Jesus by starting with what Muslims read about Him in the Koran. Then from that starting point, they introduce them to Jesus Christ, the Son of God, through the Bible.

“We need to pray for them (the evangelists) because they’re the ones being targeted…. We talk to a lot of churches and they all confirm the conversion rate is really high in Indonesia.”

Please also pray for the continued growth of the Body of Christ in Indonesia, and for the believers to be bold in witnessing their faith.