China (MNN) — Earlier this month, President Donald Trump met with China’s President Xi at Trump’s home, Mar-a-Lago. The globe has been watching to see how things develop between the two nations under the new administration. Some see the meeting and more recent conversations as a sign of positive relations between the two world leaders. But the elephant in the room at the moment is North Korea. 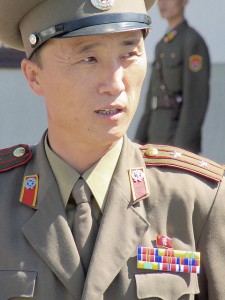 Today, the upper half of the Korean peninsula celebrates the anniversary of the founding of their military. Alongside the celebration, the nation’s aggression towards the United States persists. As tensions rise between North Korea and the United States over the Asian country’s pursuit of nuclear arms, China is urging both countries to keep the peace.

We asked Patrick Klein of Vision Beyond Borders what his thoughts are on the tense triangle of political relations. He believes our response should be to enter into the situation with prayer — starting with the leader of North Korea.

“I think we really need to be praying that God would get a hold of this man’s heart and either that he’ll repent, or that God will remove him from his place of authority and bring in somebody that will be more open to the Gospel and open to working with the surrounding nations,” Klein says. 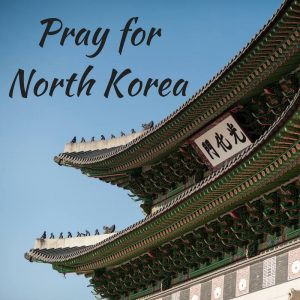 As we’ve shared before, Christians in North Korea live out their faith in harrowing conditions. It’s a big concern for Vision Beyond Borders — a ministry that supports the persecuted Church. Klein explains that Kim Jong-un’s drive behind developing nuclear weapons is to leave behind an affirming legacy like his father and grandfather, Kim Jong-il and Kim Il-sung. Additionally, he would like to rid the Korean peninsula of any U.S. influence so the two countries could reunite and become a world superpower, Klein says.

But putting North Korea aside, what other benefits could there be in improved relations between the United States and China? An article from US News and World Report is optimistic that perhaps it would mean change for Christians in China.

The history of the Christian Church in China is long and complicated. Most people remember that until the last few decades, freedom of religion did not exist there. Things have improved since then. 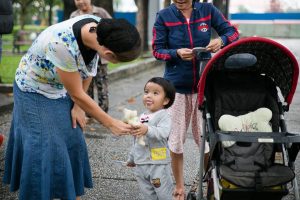 Klein says, “Economically, China has really changed and really improved a lot. There are a lot more opportunities for people. People are actually able to start owning their own businesses, and there’s a lot more money in the country.”

However, he says, the religious environment has not been as positive.

China Aid cites multiple infringements of religious freedom, including the arrest of several church leaders, pressure for the church to conform to socialist ideologies, and the demolition of both churches and crosses.

There is also the interesting dynamic of China’s registered churches and those that exist illegally in house churches. During a leadership conference last September, the president established new religious regulations and warned the Communist Party of foreign influence coming through religion. Members of the Communist Party are required to be atheists and other religions are viewed as a threat. The new regulations apply to a variety of aspects of religious life in China, but they make one thing very clear: the government does not want to give up any control.

Klein says if President Trump and President Xi can find common ground, he hopes the new administration will put pressure on China to relax their control over religions in China.

But, he says, “We also need to remember that China is an independent country. They want to do what they want to do.”

Not waiting for change

Klein says, whatever happens, he believes God will continue to grow the Church in China. 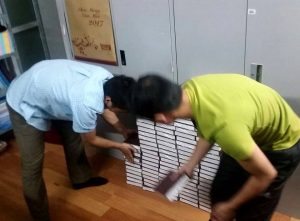 “I think the way God is working in China — we could see a lot of Chinese Christians become missionaries who could help carry the Gospel. And they’re already doing it, they’re carrying it through the Islamic world, and I think just have a passion to help fulfill the Great Commission. So, if China really opens up, I think we can see more and more of that happening.”

And for Vision Beyond Borders, regardless of whether or not things open up for religions in China, they will continue doing what they are doing — that is to strengthen the Church here, and continue to bring Bibles in.

“The Bible says in the last days, perilous times will come and that we have to work while it’s still day, for night is coming when no man can work. So, we have to seize the opportunities we have now and let’s get the Gospel out, let’s help our Chinese brothers and sisters. Whether the U.S. has a good relationship with China or not, we still have to keep the focus on the Gospel,” he explains.

Please be praying for China, and especially for Christians who are living out their faith, and sharing it with others. Ask God to give them wisdom and protection. Pray for the workers who are helping to strengthen these believers while they can.

And, consider supporting groups like Vision Beyond Borders financially as they print, ship, and distribute Bibles all over the world. Click here to do so.

Klein says they also need people to go with them on trips to distribute these Bibles. You can find more information here.

And finally, he says we can make sure we’re being faithful witnesses wherever we are: “As Christians, we need to be about sharing the Gospel in our own lives with our friends and our neighbors and the people we work with, and if we have that focus and we have love for the Word of God, we’re going to have a passion to get God’s Word around the world.”