A German pastor whose charity supports widows and orphans in north-eastern Nigeria has spoken of the terrible suffering endured there by victims of Boko Haram.

Renate Ellmenreich used to teach literacy classes in the country, but returned home in 1999 after her husband died. However, speaking on the BBC World Service’s Outlook programme, she described how she felt called to “do something” after former colleagues told her of the terrible suffering taking place in the village in which she used to live.

“When Boko Haram came and raided their houses, they asked the husband, ‘Are you Christian or Muslim?’ And if they said Christian, they would ask him to go with them to the mosque and pray, and if the man refused to do that, he was killed in front of the family.

She said: “Most of the stories of these women start in the same way: when Boko Haram came and raided their houses, they asked the husband, ‘Are you Christian or Muslim?’ And if they said Christian, they would ask him to go with them to the mosque and pray, and if the man refused to do that, he was killed in front of the family.

“And many of the women said that they didn’t shoot him, they slaughtered him with machetes. The wife and children were forced to watch, and that, as you can imagine, is a very traumatising experience. Sometimes Boko Haram even took the men apart, piece by piece.”

Mrs Ellmenreich told the story of one of the young women, named Patience, who she is now helping to support. 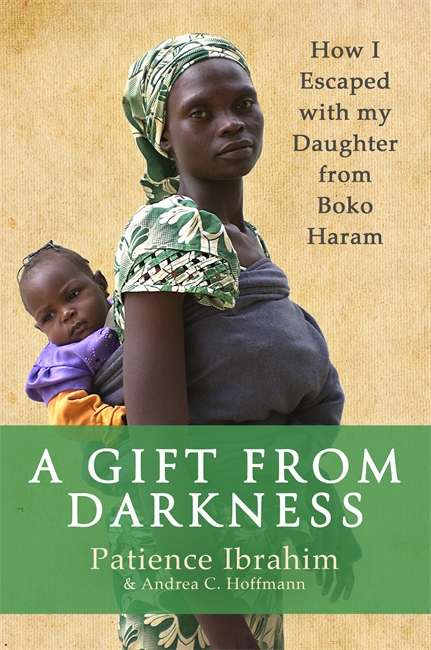 “I met her in January this year and I’m really happy to see that her young daughter is doing well, but Patience herself is not doing so well. She’s very traumatised. Patience doesn’t have any family anymore and there are two other women who are a bit like mothers to her; they have taken on that role.”

“She had fled from Boko Haram and she was sleeping under a tree and she felt her first contractions,” said Mrs Ellmenreich. “She could still hear Boko Haram in the distance and she was completely alone. She had to give birth to this child on her own.”

A book about Patience, A Gift From Darkness, has just been published.

Mrs Ellmenreich said she continues to visit northern Nigeria twice a year, and that doing so “gives her the energy to go on”.

“All the news and information coming out of the region can finish you off,” she said, “but what helps me a little bit emotionally is that I can do something about it… That’s what gives me the energy to go on… a kind of personal peace.

“After my husband died, I thought, well that’s it with Africa, but now it all makes sense. Those years with him in Nigeria and all the work we did together, what I’m doing now feels like I’ve come full circle, and it has helped me to bear it all.”