Turkey (MNN) — Today is a significant day for Turkey for reasons rooted in the past, present, and future. Over the weekend, not only did Christians celebrate Easter, but the nation voted on a referendum proposed by President Erdogan. 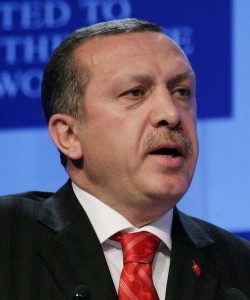 According to Middle East Concern, the vote barely tipped 50/50 in favor of passing the proposed changes. They effectively move Turkey from a parliamentary system into an executive presidential system. In other words, and as we’ve explained before (see here), President Erdogan, the man behind Turkey’s ongoing political purge, would have fewer restrictions in terms of power.

The Atlantic says this means he will have easier access to arresting political opponents, shutting down freedom of the press, and extending his own rule. The vote has received criticism not only from the rest of the globe, but also from almost half of the Turkish people.

According to Reuters, while Erdogan claims he will bring stability, the close vote reveals a deep divide among Turkey’s people. Many have called for an annulment, saying the vote was in some way unfair. The European Union is especially critical of Erdogan’s promises to bring back the death penalty. The report says the U.S. State Department is urging the government to protect its citizens regardless of how they voted.

As we noted in February, Erdogan said anyone opposing the referendum was essentially an enemy of Turkey, a terrorist, a coup supporter. Those slapped with any of these labels have found their way behind bars.

But today is not just a day simmering in the aftermath of change. It also happens to be the annual global day of prayer for Turkey, observed since 2009. And, it’s the anniversary of a significant tragedy in the Church. 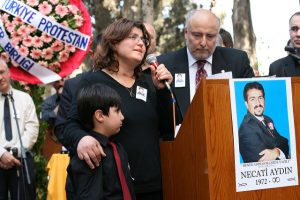 Middle East Concern draws our attention to the brutal torture and murder of three Christians at a publishing house in Malatya in 2007. Ugur Yuksel, Necati Aydin, and Tilman Geske lost their lives that day, and yet the sentencing of the murderers happened only late last year. They have filed for an appeal. Because of the postponement of the trials for over a decade, the perpetrators have served the maximum holding time and are allowed to walk free until the appeals case is decided.

This gruesome event and the subsequent court case is a painful reminder of the Turkish Church’s vulnerability to bureaucratic injustice and militant violence in an unstable nation.

Turkey comes in at number 37 on the World Watch List. Open Doors USA says the persecution is due to ethnic conflicts, radical Islam, and a changing political environment.

A current example of the treatment of Christians is playing out in the imprisonment of American Pastor Andrew Brunson. Last October, Brunson was arrested on charges of being part of an armed terrorist organization. But despite the United States calls for release, he is still locked up.

There’s no telling how the referendum will affect Christians. Either way, they’ve been trying to keep it under the radar. Middle East Concern says Easter celebrations were subdued, and today’s memorial for the murder victims will be quiet as well.

Middle East Concern says you can pray in this way:

– that peace will prevail following the referendum and that Christians, especially church leaders, will respond wisely to ongoing events
– that as the Church in Turkey remembers the brutal deaths of the three Christians in Malatya, it will be strengthened in its resolve and faith, and that God will continue to comfort the families and friends of the victims
– that God will have mercy on the country and people of Turkey, and that His truth and righteousness will prevail
– that Andrew Brunson and his family will be upheld by God, and that this unjust detention will soon end with his release
– that God will touch the hearts of those in leadership, and that they will work for the ultimate good of Turkey