India (MNN) — Egypt wasn’t the only country where Christians were targeted on Palm Sunday. In India as well, five churches were raided during their Palm Sunday services or their pastors were attacked, according to World Watch Monitor. A mob beat one pastor, and Hindu extremists or government officials detained several of the other pastors and a few others, accusing them of violating anti-conversion laws. They were later released. 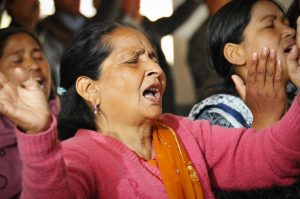 (Photo courtesy of Bibles For The World via Facebook)

David Curry, President and CEO of Open Doors USA, explains, “What you have is an extremist Hindu group that is in power right now in India in most of the states and at the national level, the BJP Party. And their agenda — it’s stated, it’s public, it’s known, it’s on billboards and in the news broadcasts around the country — is to push Christians out by 2025. So they want to make it an entirely Hindu [country], it’s a nationalistic movement. They see it as, you’re not completely Indian if you’re a Christian. You have to be a Hindu.”

India ranks at number 15 on Open Doors’ World Watch List for persecution of Christians. Part of that is because, when it comes to the anti-conversion law in India, it is often only used against Christian communities.

“That’s how you can test these anti-conversion laws. It’s a simple question to the Indian government: is an Indian citizen allowed to decide for themselves if they want to be a Christian or a Hindu or some other faith? And usually the answer, if they’re honest in these extremist cases, is no, you must be Hindu. So it’s not about anti-conversion.” 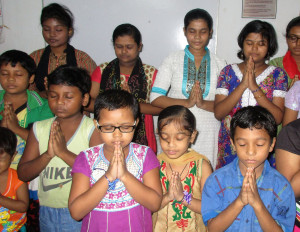 Open Doors USA is big on advocating for persecuted Christians in the most volatile regions of the world. Curry says a major thing you can do to encourage Indian believers is to advocate on their behalf.

“There are projects in India that you can support that will help the indigenous Church there. There’s ways you should be calling, writing your senators to let them know you’re aware of human rights violations against Christians in India, because this is coming to the attention of many people in our Senate and in our Congress. I think it’s one of those things where we do have leverage through the political arena to let people know that, if we’re going to do trade with India, we expect them to respect human rights.”

And then, of course, please take some time this week to pray for Christians in India and other countries where they could be at-risk as we approach Easter Sunday.

“Even though India is a country that has a national presence, they want to be part of the international community. It’s a country that has tremendous pressure on Christians,…it’s pulling back in the sense on some of these human rights agreements and freedoms that we assume people in a country like that have. So we need to pray for the freedom of Christians in India, for their protection against these mobs, [and] against mob violence,” says Curry.

“Continue to pray for people who are persecuted Christians around the world. There are millions of them that, during this holy week, are going to be targets of violence, and we pray for their safety.”