Reason for denial cloaked in secrecy. 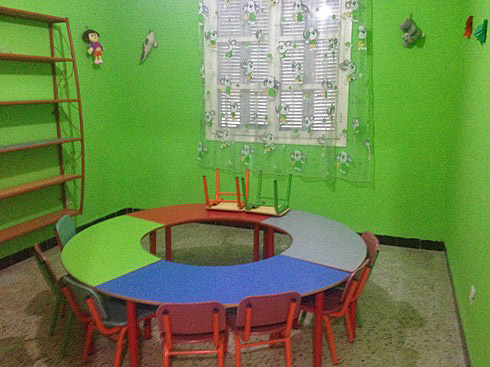 TIZI-OUZOU, Algeria, April 14, 2017 (Morning Star News) – The social services agency of Tizi-Ouzou Province, Algeria, has denied a permit to a childcare facility without explanation, but almost certainly because of the owner’s Christian faith, sources said.

The owner met all the conditions required by law for opening an early childhood care facility in the city of Tizi-Ouzou when she applied for the permit nearly a year ago. The denial by the province’s Directorate of Social Action (DAS), however, refers only to a decision by Algeria’s security service refusing permission on grounds that it won’t reveal.

The denial is thus cloaked in secrecy, but sources believe the government in 97-percent Muslim Algeria rejected the application because the owner (name withheld for security reasons) is Christian.

The attorney for the owner said one of the conditions for approval is that a nursery operator must not have been the subject of a judicial investigation, and the owner has been investigated for evangelizing as director of a previous childcare facility, after a woman who was caught stealing took revenge by falsely accusing her of proselytization. The outcome of that investigation is also cloaked in secrecy, perhaps still pending, but if it was the premise for denying the permit for the new nursery, then anti-Christian hostility remains at the root of the rejection, sources said.

The new childcare facility, Eva’s Nursey, was not described as a Christian nursery in its application, but in any case there is no law against such an institution in Algeria, according to the attorney.

Eva’s Nursery has filed legal complaints with DAS, the governor of Tizi-Ouzou Province and the Minister of Solidarity and Social Action, seeking $20,000 in losses incurred since attempting to obtain the license. The nursery’s attorney accuses the government of denying the accreditation based on discrimination, complaining to the Council of State in January that she was refused “because she is of Christian confession.”

The complaints assert that religious belief cannot be grounds for refusal.

“All citizens are equal before the law, and there can be no segregation based on race, religion or sex,” the complaint notes. “Our attempts to reach the Directorate of Social Action (DAS) of the province of Tizi-Ouzou to have its version of the facts have remained unsuccessful.”

A September 2008 Executive Decree laying down the procedures for the establishment, organization, operation and control of early childhood care establishments, according to the complaint, prohibits permission only for a person who “has no Algerian nationality, neither the diplomas and qualifications required, does not enjoy his civil and civil rights and has been the subject of an infamous punishment.”

Those characteristics do not apply to the manager of this child care center. Nearly a year after permission was denied, a response from the Minister of Solidarity and Social Action remains without answer. The owner’s legal action seeks the cancellation of the DAS denial and demands restitution of our losses, including the lease of a building.

The owner welcomes prayers for the nursery, Algeria and her children.