Baptist leaders tried to help couple who lost their house. 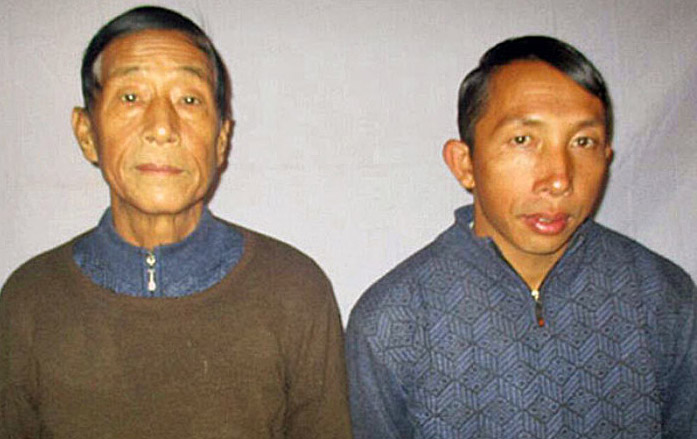 U Brang Di, attorney for the two pastors, told Morning Star News that normally suspects can be held for only 28 days without trial under Burmese law.

The prosecutor, Maj. Kyaw Zin Htun, has filed charges accusing the pastors of recruiting and spying for armed ethnic groups such as the Kachin Independence Army (KIA). Under Burma’s Unlawful Association Act, the Christian leaders could face as much as three years in prison under Article 17/1 for making contributions to or assisting an “unlawful association,” and as much as five years under Article 17/2 for assisting in the management or promotion of one.

Brang Di said the case has been slowed by prosecution absences and the army’s effort to transfer the accused to a court in Lashio, in northeastern Shan state. Citing ongoing fighting between rebel and government forces in Shan state, the prosecutor sometimes has been unable to show up at court hearings, Brang Di said.

“The pastors can’t be detained for such a long time without trial, according to the law,” Brang Di said, adding that he was only stating the law, not complaining, as such delays are common in cases involving the army. “I will try my best to make them free in accordance with the law.”

The pastors on Dec. 24 went to the Byuha Gon military base to negotiate the release of a civilian couple who had complained to army officials about the destruction of their house, sources said. Military officials released the couple and detained the clergymen, they said, adding that the arrest was linked to the pastors helping journalists cover the bombing of the St. Francis Xavier Catholic Church building on Nov. 23-24.

The Unlawful Association Act, often invoked during Burma’s decades of rule by military junta to arrest suspected rebel sympathizers, is still used to stop Kachin state residents from making contact with KIA rebels, according to Radio Free Asia. Burmese and international rights groups have called on the government to amend or rescind the law so that Non-Governmental Organizations are not targeted under the act.

Armed conflict between Burma and ethnic separatist organizations erupted anew in northern Shan state in November 2016, forcing over 50,000 refugees in total to flee to other areas of the state and the border with China.

Zau Rau of the Kachin Baptist Convention in Muse Town, where the pastors are detained, said the KBC wants the trial completed as soon as possible.

“There is no development,” Rau said. “It seems they make the process long. We want the trial to begin soon.”

Also slowing the proceedings, he said, was the prosecutor adding charges to the case, most recently charging Pastor Latt with damaging the reputation of the army by allegedly telling media that soldiers burned rice stores belonging to civilians.

Human Rights Watch has decried the arrests as arbitrary and called on Burma to release the pastors immediately.

After more than five years of intensified conflict since Burma violated a 17-year cease-fire in 2011, many Kachin face protracted displacement and are desperate to return home, according to a report by the U.S. Commission on International Religious Freedom. The Burma army launched major offensives against the KIA for several months last year and took over several strategic military bases.

The KBC has provided aid to internally displaced people fleeing fighting between the government army and ethnic militias in both Kachin and Shan states, according to Radio Free Asia.

Burma is about 80 percent Buddhist and 9 percent Christian. The government has recognized the special status of Buddhism in Burma and promoted it as a means to consolidate support.

Burma ranked 28th on Christian support organization Open Doors’ 2017 World Watch List of the 50 countries where it is most difficult to be a Christian.