Religious freedom and the Jehovah’s Witnesses in Russia

Russia (MNN) — The status of religious freedom in Russia continues to balance dangerously on a crumbling fulcrum. The latest in this news involves a group of people who may have recently knocked on your door: The Jehovah’s Witnesses. 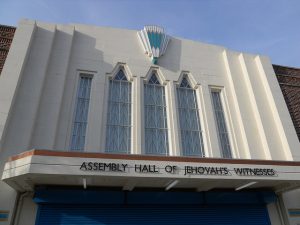 Russia’s Ministry of Justice has applied to have Jehovah’s Witnesses activity, organization, and headquarters declared that of an extremist group. This would ban further activity and liquidate the organization. The faith group has kept a detailed account of proceedings of the Russian government against them, including an inspection of the headquarters last month. A hearing on the application will take place next week, April 5th.

Open Doors USA is an organization that supports the persecuted Christian Church around the world. However, this ministry also recognizes the importance to fight for freedom of religion for all religions, including the Jehovah’s Witnesses.

“It’s concerning because there have not been any extremists attacks from Jehovah’s Witnesses within their area verses some of the groups where there are extremists who do attacks. Any time you’re labeling a group with an extremist ideology, it puts other faith groups at risk.”

She explains that in some areas of the world, particularly in the Middle East and Central Asia, Christianity has already been labeled an extremist religion.

“So it’s just one step away where you’re labeling another group that hasn’t been responsible for extremist actions or attacks as extremists. We need to speak up because it could very well be *Christians next.”

Under the shadow of the law

Last year, Russia adopted a new anti-terrorism law. Under the guise of thwarting terrorist attacks, the vaguely written law has had many ministries concerned. Depending on how it is applied, the law could hinder Christian functions in Russia.

Reuters says it’s another, older law which is the ground for accusations in this current case with the Jehovah’s Witnesses. This law against extremism has had changing definitions of what counts as extremist activity. You can read more about that from the Library of Congress here. 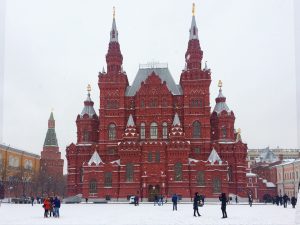 Many others see how easily the restraints put upon the Jehovah’s Witness faith could be transferred to other faith groups.

Open Doors USA is keeping an eye on the situation. But no matter what happens, Fuentes suggests, the Gospel will continue to spread.

“We often see that the Church grows and thrives in the face of persecution. There’s a lot of horrible things that come with persecution, but God also brings beauty out of ashes in many of these cases. So pray for strength if persecution is going to be increasing in this region, if Christians are targeted next.”

She also asks that we pray for Christians in these areas to be wise in how they stand up for other groups who are facing oppression and mistreatment.

*Please note: in this article we differentiate between the Jehovah’s Witnesses and those Christians who believe in the Trinity, the divinity of Christ, and His death on a cross and bodily resurrection. We believe these are significant differences in faith and do not want to confuse the two.  For more information on these differences and further reading on this topic, click here.