Muslim threatened him after sweeper refused his order. 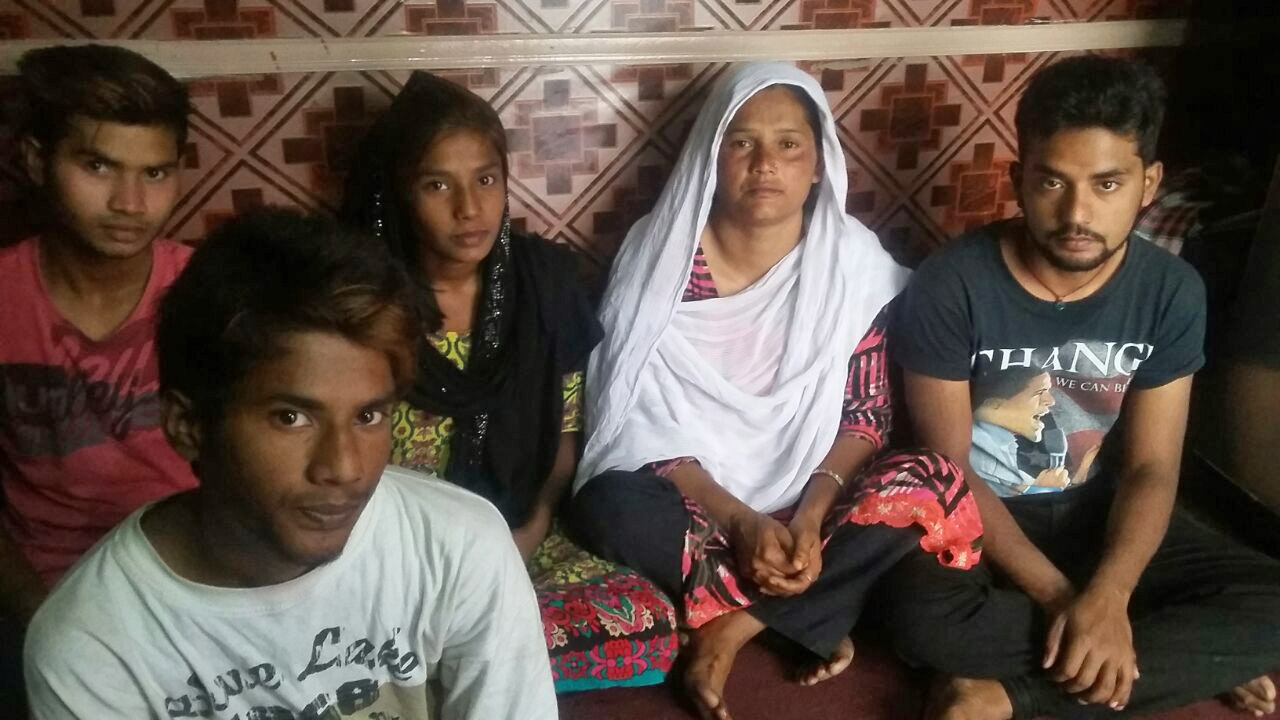 LAHORE, Pakistan, March 29, 2017 (Morning Star News) – A young Christian sanitation worker was gunned down in Pakistan on March 20 for refusing an influential Muslim’s order to clean his outhouse on his day off, sources said.

Noman Munir Masih, 20, of Sheikhupura in Punjab Province, was the sole breadwinner of his Pentecostal family after his father died two years ago, his mother Khalida Bibi told Morning Star News. She has three other sons and two daughters.

Masih, who worked for the sanitation department of the Tehsil Municipal Authority (TMA) Sheikhupura in place of his deceased father, had shown up for work at 6 a.m. like many Christians historically relegated to low-paying cleaning jobs in Pakistan. He had marked his attendance and was leaving for his designated duty spot in the Mandiala Road area of the city with his brother-in-law and uncle when he was killed, she said.

“They were about to leave after dropping off Noman when suddenly two motorcyclists arrived there,” Khalida Bibi said. “One of them whipped out a pistol and opened fire on Noman, killing him instantly.”

The assailants fled on their motorcycle after the attack, leaving the other two men unharmed, she said, adding that the family is in shock that he could be taken from them so easily. The primary suspect has been arrested, but there has been little progress in the case. Rights advocates note that many Muslims in Pakistan believe they can mistreat Christians with impunity as the minority community lacks sufficient resources and status to seek justice.

Kashif Naimet, an attorney pursuing the case on behalf of the indigent family, told Morning Star News that a local influential Muslim had threatened Masih after he refused to sweep his outhouse (dera) on a Sunday, his day off. Naimet said Daanu Chaddar on March 17 had asked Masih to work the following Sunday.

“Noman refused, citing Sunday as his weekly day off,” Naimet said. “Ostensibly angered by the Christian’s refusal to submit to his demand, Chaddar allegedly told Noman to be ready to face ‘dire consequences,’ as he will not take no for an answer from a petty sanitary worker. Chaddar reportedly threatened Noman that he would ‘cut off his legs and riddle his body with bullets’ for defying his order.”

Police have arrested Chaddar as the primary suspect and registered a case (No. 235/17 under sections 302 and 34 of the Pakistan Penal Code), he said.

“Noman was a simple sanitary worker and had no enmity with anyone,” Naimet said. “His refusal to clean the Muslim’s dera apparently led to his killing.”

Police initially took two suspects into custody but released one of them after investigation, he said. Though Chaddar is still in police custody, there has been no progress in his prosecution, Naimet said. For instance, the relatives who witnessed the killing could easily identify the killers but have not been called for questioning, he said.

“The sanitation department comprises mostly Christian staff, while Muslims are hired for other departments,” Bhatti said. “There have been frequent incidents of prejudice against Christian sanitary workers, but Noman’s murder in a brazen attack in broad daylight has sent a wave of shock and panic in the entire community.”

Bhatti said that Chaddar’s relatives were pressuring police and the victim’s family for a “reconciliation” agreement.

“Some elders of the Chaddar clan visited Noman’s house two days ago and sought reconciliation, but we told them that we will not stop pursuing the case until the murderers are arrested and brought to justice,” he said. “We may be weak, but we will not let them get away with murder. Today it was Noman, tomorrow it may be some other poor Christian, so we will have to remain steadfast in order to secure our community.”

The investigating officer on the case was unavailable for comment in spite of repeated attempts by Morning Star News.

Contempt toward Christian sanitation workers is deeply rooted in Pakistan. Muslims refer to sweepers and other Christian workers as Chuhras, a derogatory term for street sweepers, an occupation assigned only to those of such low “untouchable” social standing that they are below the remnant caste system predating Pakistan’s predominantly Islamic society.

Christian rights activist Napolean Qayyum said that Christians account for 90 percent of sewage workers and an even high percentage of sweepers in Pakistan.

“It’s no hidden secret that Muslims want to keep Christians in this degrading occupation,” Qayyum said. “Several job advertisements from government departments for posts of sweepers clearly state that the candidates must be non-Muslim; some even specify that they must be Christians.”

Masih’s murder was another manifestation of the contempt the Muslim majority has for Christians, especially those associated with sanitation work, he said.

“Many Muslims find it hard to accept refusal by a ‘lowly’ Christian,” he said. “This is not the first time a Christian sanitary worker has been killed or subjected to violence for refusing to comply with unjust demands of persons from the Muslim majority. The situation won’t change for the better for Christian street sweepers and sanitation workers until the state realizes its responsibility toward all citizens regardless of their faith, caste and creed.”