Sudan (MNN) — A huge sigh of relief and spontaneous shout of praise could be heard around the world over God’s hand in the recent release of Voice of the Martyrs worker Petr Jasek from a Sudanese prison. 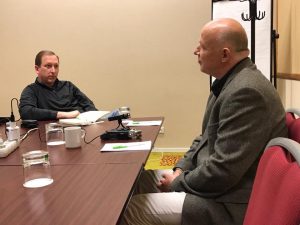 This is just one of those stories that reads like a New Testament letter from the apostle Paul.  The impossible, the improbable and the immutable all happened in the story of a Czech national in Sudan.  Petr Jasek, in a two-part interview with VOM USA’s Todd Nettleton, first shared an unsettling dream he had in 2012.

Nettleton recounts, “In that dream, he saw a prison door close on him.  He understood that ‘this door has closed.  I am in prison in this dream.’  In the dream, he understood that his daughter was graduated from medical school while he was in prison.”

Unsettling as it was, Jasek continued to serve persecuted Christians as a field leader with VOM, traveling regularly into the world’s most hostile areas and restricted nations.

He eventually came alongside some Sudanese believers as they helped a young man injured during a protest in Sudan.  Then, “He was arrested in December of 2015, was interrogated for a number of hours, and then they took him to a prison, owned and operated by the Sudanese Intelligence Service.  They put him in a cell with six other men, closed the door, and he recognized the door.  It was the same door that he had seen in his dream two and a half years before.” 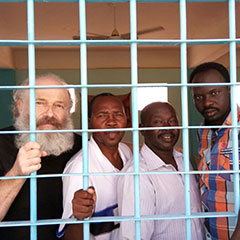 He was charged with state crimes that included “espionage” and “waging war against the state”.  Three Sudanese men, Rev. Kuwa Shamaal, Rev. Hassan Abduraheem, and Mr. Abdulmonem Abdumawla, also were arrested.  Petr received a “life sentence”, which in the Sudanese system amounted to 20 years for espionage and four years for additional charges.  Rev. Shamaal was released on grounds of insufficient evidence.  Rev. Abduraheem and Mr. Abdumawla remain behind bars, each serving a 12-year sentence.

Jasek was moved to five different prisons over his 445 days, each one more dangerous than the last.  His cell mates included ISIS fighters who were hostile to his Christian faith.  They had spent weeks bullying him, beating him, and mocking him.  Eventually, his cellmates made him face the toilet sink during their prayers.  Jasek was discouraged, isolated, and afraid.  It became hard to pray amid the constant chanting of the Quran in his cell.

Yet, two verses stuck in his head:

Ephesians 3:20-21  “Now to him who is able to do far more abundantly than all that we ask or think, according to the power at work within us, to him be glory in the church and in Christ Jesus throughout all generations, forever and ever.”

Philippians 4:7  “And the peace of God, which surpasses all understanding, will guard your hearts and your minds in Christ Jesus.”

At one point, he recounted a passage the Holy Spirit put in his mind, and rather than one about setting captives free, it was about the holiness of God.

Revelation 4:8  “And the four living creatures, each of them with six wings, are full of eyes all around and within, and day and night they never cease to say, ‘Holy, holy, holy, is the Lord God Almighty, who was and is and is to come!'”

He thought, “If these four creatures can say this day and night forever, if I just repeat this, one day, one week, one month, one year, or maybe several years, I might be able to do what these creatures do: worship God.”  That became his celebration of discipline, and Jasek focused on God’s glory and holiness.  What he soon discovered was peace and joy that comforted him through the darkest time he spent in the unknown of Sudan’s prison cell.

When he turned his attention to God and to others, praying for them, it changed his perspective.  It also kicked the spiritual warfare up a notch.  Nettleton says the ISIS fighters Jasek shared a cell with were incensed.  “In fact, they threatened to kill him.  God protected him from that.”

The Sudanese Church, too, was bolder.  In an earlier interview, Nettleton told us that Christians came from Khartoum, the Nuba Mountains, and elsewhere in Sudan came to the courthouse during their trials.  As police tried to prevent them from approaching the building, the believers sang Christian songs.

In the days since his release, as Jasek shares his story, he continues to encourage other Christians around the world, adds Nettleton.  “He has experienced God’s special, incredible faithfulness and closeness.  He just is more excited than ever to serve the Lord and to do things that build the kingdom of God.”  Just as it was in the early Church, there is the paradox of persecution.  What should shut down and silence a minority group instead makes it stronger.

Jasek hasn’t forgotten the two Sudanese men still behind bars.  Unfortunately, they don’t have a powerful government to advocate on their behalf.  Put plainly, Nettleton says, “The Sudanese government is basically a law unto themselves.  They can do whatever they want.  There are not the powerful international forces drawing attention to their case, asking the Sudanese government to release them.  We, as the Body of Christ, need to be that.  We need to be banging the drum.  We need to make sure this case is not forgotten.” 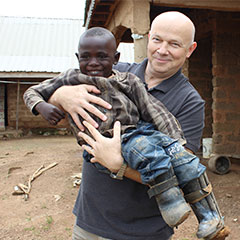 If you prayed for Jasek’s release, Nettleton asks that you continue to pray for Rev. Abduraheem and Mr. Abdumawla, as well.  “One of the things that we need to commit to is to continue to bang the drum for their release.  Petr was pardoned by Sudanese president Omar Al Bashir.  Those charges don’t exist anymore.  These two men are in prison for aiding and abetting him (Petr Jasek), on this activity that now has been pardoned.  So, in theory, they aided and abetted something that we now say legally didn’t happen, so they should go home, too.”

(Click here to listen to part two of the VOM interview with Petr Jasek.)