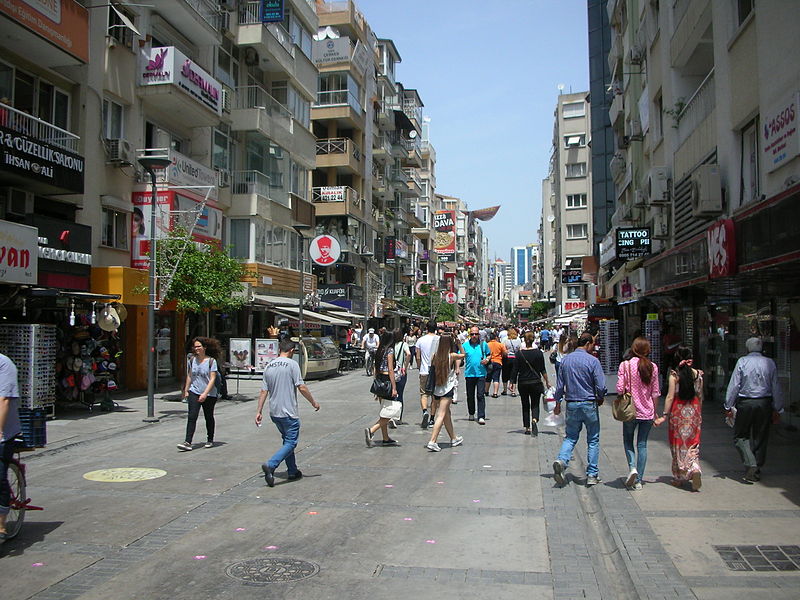 The directive eliminates the need for a court decision before a foreigner can be deported, amending sections of the 2013 Law on Foreigners and International Protection, as reported in the Official Gazette of the Republic of Turkey on Saturday (Oct. 29). Now the government, in particular the Ministry of the Interior, can independently deport anyone it deems a threat to “public security” without a judicial order or review.

The Christians ordered deported earlier this month were accused of being such security risks.

The change in the law is one of many made by the government in the wake of the unsuccessful coup attempt on July 15. Since then, the government enacted a “state of emergency” that allows it to suspend the law and imprison anyone it deems a threat to the country. Officials assert the emergency laws are necessary to fight terrorists and those responsible for the attempted coup, but critics say the moves amount to a purge of anyone critical of the government.

Many foreign Christians in Turkey were already concerned about being deported or banned from returning to the country. in light of the two U.S. Christians the government ordered deported, and have considered canceling Christmas travel plans. The new order compounds the government’s already expanded powers.

“It’s just like they can come to your door and drag you out of your home, and there is nothing you can do about it,” one expatriate Christian who asked not to be identified said. “It really makes no sense. They’re going after people who love the country, pray for it, help improve it and invest their money here, and not those who are really hurting the country.”

According to the Association of Protestant Churches (TEK), expatriate Christians in Turkey have increasingly been affected by residency issues, deportation or entry bans. U.S. Christians, specifically those seen as “active” Christians, are being targeted by officials who see anyone who isn’t Sunni Muslim as a threat to national unity, public order and “Turkishness,” according to TEK spokesman Soner Tufan.

“American Christians are being targeted as a symptom of larger problems with the U.S.,” Tufan said, adding that rocky relations between the Turkish government and Washington  have to do with Turkish dissatisfaction with extradition process of Fethullah Gülen, whom the Turkish government claims was the architect of the coup attempt.

“Turkey wants that man from America, but they won’t give him to them,” Tufan said.

The Turkish government is holding one U.S. Christian in a deportation center without charge. Andrew Brunson, the U.S. pastor of Izmir Dirilis Church, is caught in legal limbo. The government has issued a deportation order and lifetime ban against him for being “a national security risk” but refuses to deport him. They also refuse to release him on appeal of his charges.

On Oct. 7, Izmir police arrested Brunson and his wife Norine, telling them they would be deported in 15 days and banned from Turkey for life.

The couple was taken to the Izmir Immigration Centre and was refused access to a U.S. consular official or a lawyer, according to religious freedom advocacy group Middle East Concern (MEC). They were confined together but denied clean clothes, medicine and other basic provisions until Oct. 13.

On Oct. 19, officials took Norine Brunson to receive a brief physical, told her that charges against her had been dismissed and released her.

Andrew Brunson remains alone in a detention center. The usual deadline for him to be deported has passed, and in spite of his signing government papers agreeing to be deported and the lack of any charges against him, the government refuses to release him.

Brunson was the second U.S. citizen the government ordered deported in October. On Saturday (Oct. 29), Ryan D. Keating, 39, a U.S. Christian and long-time time resident of Turkey, was reunited with his wife and four children in England after more than 20 days of separation when he was banned from reentering Turkey.

Keating, a doctoral student in Philosophy at Ankara University, was detained when he arrived at Istanbul’s Ataturk Airport on Oct. 16. Immigration officials told him that on Aug. 19, his residency permit had been revoked for “national security” reasons and the Ministry of the Interior had issued a lifetime ban on him entering Turkey. After a brief stay in the detention holding area of the airport, Keating was then placed on the first flight back to London.

Keating said he moved to Turkey in 2006, but his interest and sense of connection to the country started during a high school student exchange program. On his return in 2006 to start his doctoral studies, he became very active in his church and started a discipleship program and a ministry to aid refugees.

Keating told Morning Star News he thinks the reason he was expelled was because his ministries were “high profile.”

“Several of the church ministries I have developed or have been in charge of have been high profile, and in that sense I am an easy target for people who want to rid the country of Christians,” he said. “The work that we do with refugees is especially politically sensitive.”

Keating emphasized that neither he nor his wife have any affiliation with a political or ideological group in Turkey, “directly or indirectly.”

“We want to emphasize, we love Turkey and the people of Turkey,” he said. “We’ve not done anything illegal, and I’ve been careful throughout my time in Turkey to honor all of the rules and regulations about visas, about residency, about things related to our ministry that we do. So it’s especially disappointing when the government labels me as it has to kick me out unjustly.”

Keating is fighting the decision against him in court.