Is there hope for the Middle East?

Middle East (MNN) — To say the current state of the Middle East is a mess is an understatement. Political wars, terrorism, anti-conversion laws, civilian casualties, and a plethora of other issues continue to grow in complexity. 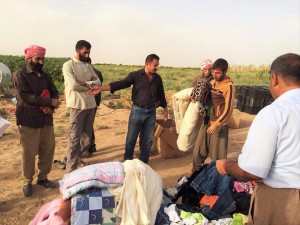 Just this week, we covered stories of ISIS doing everything they can to hang on to Mosul, compounding the grief felt by the citizens there. Humanitarian aid agencies fear they will be overwhelmed by need as people flee the city.

Meanwhile airstrikes continue to kill residents of Aleppo. In Yemen, conflict continues to undercut any chance for stability. Refugee camps in Lebanon, Turkey, and Pakistan contribute to the greatest humanitarian crisis we’ve ever seen.

Because of the United States’ recent history with this region of the world, the Middle East has been a hot topic for the United States presidential race with this question posed to the candidates: “What are you going to do about it?”

A recent article in the New York Times suggests the Middle East is waiting for an answer as well.

But what if the mess is too big for humans to fix? 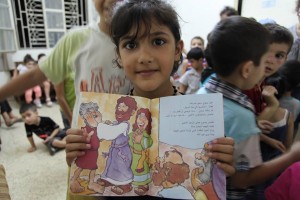 The destruction, persecution, and oppression that have come to characterize some of these countries can be overwhelming and more than unsettling.

“And yet,” she says, “in all of that, we’re seeing events lined up to fulfill prophecy that’s been lined up in the Bible for thousands of years.”

Even in the darkest of days, she explains, we need to remember who is in charge.

It’s easy to get caught up in the fear, the anger, the hatred, and the worry that comes along with the trials we face as a globe. To keep focus on what matters, Romeijn says Christians must cultivate a relationship with God and remember His faithfulness in the past.

“Sometimes it becomes difficult for us because it seems like evil is triumphing over what’s good and what’s right,” she says, “and we see Christians being slaughtered and it’s hard for our hearts and it’s hard to understand. But yet, in God’s eternal picture, this life is such a vapor.”

What changes everything about the trials we face is hope — the hope of the Gospel. That is why in areas where persecution is great, the Church is growing rapidly. 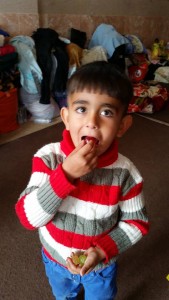 As God is moving in the hearts of many in the Middle East, there’s a lot we can do to help.

“I can’t imagine the fervency of my prayers if I was one of the families who was being chased and pursued by ISIS, if I was the one who was losing family members,”Romeijn says.

She asks for prayers in particular for those fighting back ISIS in Mosul, and for peace to return to the area.

We can also help with humanitarian aid. Vision Beyond Borders seeks to meet physical needs as well as spiritual, all in the name of Christ. If you would like to be a part of what they’re doing in the Middle East, check out some ways you can give here.