Pastor in Cuba Sentenced to One Year of House Arrest

By Our Latin America Correspondent 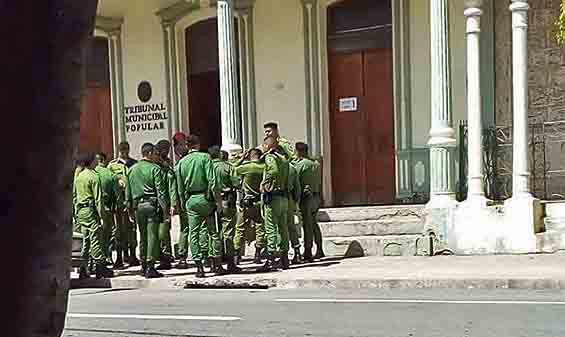 COCHABAMBA, Bolivia, October 27, 2016 (Morning Star News) – A civil court in Cuba sentenced the pastor of a house church to a year of house arrest on Saturday (Oct. 22) for loud worship services, sources said.

Juan Carlos Nuñez received the hastily delivered sentence in Cuba’s eastern city of Las Tunas, where he leads a house church of 550 worshippers, before his attorney had an opportunity to defend him, a source close to the pastor said. Nuñez was charged under the country’s environmental protection laws with “disturbing the peace.”

“The attorney did not have time to prepare because it was a summary [immediate] judgment, without any chance to be able to defend him,” the source said. “There was no advance warning.”

Nuñez told Morning Star News by telephone from his home in Las Tunas that he hopes to appeal the sentence, which he said was overly harsh.

“Our mission is to preach the gospel of our Lord Jesus Christ, and we are suffering for that cause,” Nuñez said. “We were treated as criminals and enemies of the government. We are children of God unjustly accused and convicted.”

The charge of disturbing the peace stems from complaints filed by Nuñez’s neighbors that the sound system for his Apostolic House of the King of Glory church used for music and preaching was too loud. Nuñez obliged them, he said, by replacing the speakers with smaller, 150-watt units.

Nuñez said that the reduced amplification is barely adequate for his congregation, which meets in the courtyard of an apartment complex in Las Tunas.

“We complied with the neighbors’ wishes, but the case still went to court,” he said.

To the surprise of Nuñez and his parishioners, authorities deployed a force of elite “black beret” army soldiers at the courthouse the day of his trial. The heightened security was unprecedented and unnecessary, according to local observers, given the fact that Nuñez was appearing before a court that tries only civil cases and misdemeanors, not criminals charged with felonies.

“This was a form of intimidation, a show of power,” Nuñez said. “You see, they feared there might be protests, because they themselves know that what they are doing is unjust.”

The pastor told Morning Star News that conflicts like this exist because the government will not allow churches to build new meeting places to house the rapidly growing evangelical Protestant movement.

“The government will not issue us a building permit,” he said. “We could avoid this whole problem entirely if they would let us have our own meeting place.”

Though churches are tightly controlled by the Cuban Community Party, Cuba’s Office or Religious Affairs (ORA) allows use of private homes for religious services, according to the U.S. State Department’s 2015 International Religious Freedom Report.

“Many religious groups used private homes for this purpose in response to restrictions on constructing new buildings,” the report states.

Estimates of the number of Protestant house churches in Cuba vary, from fewer than 2,000 to as many as 10,000, the report states. About 5 percent of Cuba’s 11 million people belong to Protestant churches, with Roman Catholics estimated at 60 to 70 percent of the population.

“Some independent evangelical churches reported that government authorities closely monitored and detained, for unspecified periods of time, their leadership and members of their families,” the report states. “Pastors and members of these groups were often prevented from attending some church events and told to cease all religious activity.”

One evangelical organization reported in May 2015 that state security forces threatened to harm its leader, his family, and members of their church, the report states. The pastor of the organization said officials confiscated religious materials from his home and had not returned them, it adds.

The source close to Nuñez said the pastor is comforted by the support he has received from the Christian community.

“He is very upset, but he’s trusting in the Lord,” he said.