Nigeria (MNN) — Nigeria is abuzz with excitement over the 21 Chibok school girls who were returned to their families earlier this month. But after two and a half years, there are still over 200 girls in captivity and many questions about the future. 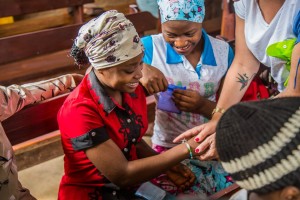 Open Doors USA has been working with the families of the missing girls for the last couple of years. Emily Fuentes of Open Doors says the families who’ve been reunited with their girls are grateful to have them home again. Many of them are thanking God. However, they recognize that there is a long road ahead.

Fuentes says just as faith in God sustained many of these families during this time, it is key to helping the girls in the future.

“Meeting with Christians like this who know this is a reality, we’ve heard from them just how the actual persecution refines their faith. Going through something like this, really having to make a choice for their faith, has caused them to think deeply about how they’re living their faith in their daily lives.”

But just because they’re leaning on their faith does not mean there won’t be trials ahead.

Fuentes says, “Untreated, a traumatic situation like this can cause a lot of harm down the road. So that’s why Open Doors is such an advocate and provides resources for trauma counseling after horrific incidences like this, or church attacks, or other violent attacks.”

This counseling is vital for their spiritual journey, she says.

Nigeria is number 12 on the World Watch List for persecution. Fuentes says these violent attacks take place all the time. That’s why counseling is one of their focuses in the country. 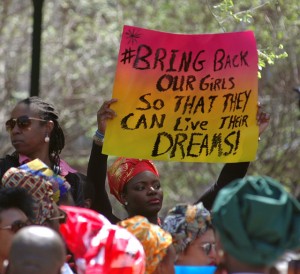 The attack in April 2014 caught the world’s attention. (Photo courtesy of Michael Fleshman via Flickr: https://flic.kr/p/ndSY5o)

While most Boko Haram activity fails to catch the attention of the West, the 2014 kidnapping of 276 girls did.

“It really touched the hearts of Americans and many others throughout the world when it first happened. But, as any tragedy that goes on for years, it’s not at the front of our minds anymore,” Fuentes says.

But these types of kidnappings and violent attacks are really quite common. Fuentes says Christian girls who are going to school are a huge target. First it’s because their religion is abhorred by Boko Haram as being Western-based. Second, they are women pursuing an education. 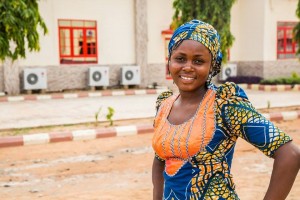 Hannah was kidnapped by Boko Haram and escaped. Her story reminds us these attacks are very common. (Photo courtesy of Open Doors USA).

One practical thing, Fuentes says, is to contact our elected officials and urge them to pressure the Nigerian government to work to prevent these attacks. Open Doors often has petitions for this reason, so check back with them often.

But more importantly, we can pray — for the girls who have been returned, for the girls still in captivity, and the families who are still waiting.