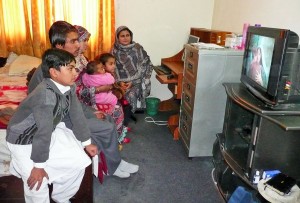 In an order issued three weeks ago, the Pakistan Electronic Media Regulatory Authority (PEMRA), which regulates television broadcasts in Pakistan, shut down Christian stations broadcasting in Urdu.  Bruce Allen, of Forgotten Missionaries International, describes the broadcasters’ reactions.  “The Christian community was blindsided by this, even those who were in the media industry.  This was not expected.”

No reason is given as to why the authorities now consider them illegal, and fees for government permits had been paid, which means, “The document listed 11 different stations, but that is 100 percent of the Christian stations available in Pakistan. They’re censoring the Christian voice.” 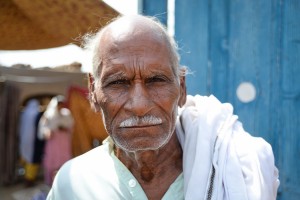 In a society where literacy hovers at about 50 percent overall, the decision is even more weighted against the Christian minority.  He explains, “That literacy rate plummets even further because of the discrimination against Christians in education.  In most places, Christian literacy is about 10 percent.  A tool like a Christian radio station or television station is a great asset, and now the government is silencing that.”

The question of legality came up, since Pakistan’s leaders insist freedom of religion and speech is protected by the Constitution.  Allen says many of the Christian leaders and operators of the Christian stations turned to an ally for help.  “[They] appealed to the federal minister for human rights in Pakistan, and it’s supposed to be a supporter of Christian rights and minority rights, but as of earlier this week, his office hasn’t even responded to the calls.”

This year, the United States Commission on International Religious Freedom (USCIRF) made its recommendations to the US State Department regarding Pakistan. In its report, the USCIRF noted that “the Pakistani government continued to perpetrate and tolerate systematic, ongoing, and egregious religious freedom violations. Religiously-discriminatory constitutional provisions and legislation, such as the country’s blasphemy law…intrinsically violate international standards of freedom of religion or belief and result in prosecutions and imprisonments.” The commission strongly recommends that the State Department add Pakistan to its existing list of “Countries of Particular Concern.” *

As for freedom of speech, Article 19 of Pakistan’s Constitution reads:

Every citizen shall have the right to freedom of speech and expression, and there shall be freedom of the press, subject to any reasonable restrictions imposed by law in the interest of the glory of Islam or the integrity, security or defence of Pakistan or any part thereof, friendly relations with foreign States, public order, decency or morality, or in relation to contempt of court, 1[commission of] or incitement to an offence.

Media such as radio, television, Christian films on DVD and the internet, and audio Scripture CD’s in the local languages are significant tools of communication. FMI is involved in producing some material, but more financial backing is needed. 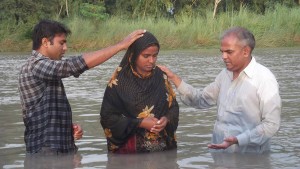 Despite injustice and censorship, says Allen, take heart.  “God’s Spirit, and the move of strong people to Christ, doesn’t stop just because of government regulations or any boundaries or things like that.  Even this summer, more than a thousand people came to faith in Christ in Pakistan through the work of FMI church planters and evangelists.”

Here’s how you can pray:

1) Pray that the Christian community will respond to the discriminatory tactics used against them in godly ways. Pray that pastors will understand the biblical instructions regarding suffering and teach their congregations accordingly.

2) Ask the Lord to move in the hearts of the regulatory commission to reverse their decision.

3) Intercede for the production of sound biblical content in local languages in other available forms.

*To read the USCIRF’s 2016 report on Pakistan, click here.