Syria (MNN) — Pockets of eastern Aleppo remain under rebel control, although the major Syrian city was recently freed from the decisive clutches of ISIS fighters.

Since Sunday, the Syrian army’s renewed airstrikes against rebel holds have killed more than 45 civilians, including children and infants. When you add together the last several days, civilian casualties number in the hundreds, according to CNN. 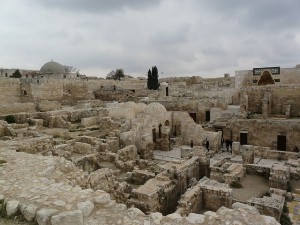 Russia has supported Syria in the continued airstrikes. On Saturday, Moscow vetoed a resolution by the United Nations Security Council to cease attacks on Aleppo so humanitarian aid can get through. The veto was heavily criticized by global leaders.

An Operation Mobilization partner, Henry*, is a Syrian church leader now living in a neighboring country. He explains, “The main concern of the people of Aleppo is the security issue right now…. Civilians are really caught in the middle where many random missiles, mortars, gas missiles, air strikes are hitting and people are dying. There is a shortage of water, electricity, food…. You will find that people start to be hopeless because of the economic inflation, they’ve lost their jobs. Basically, as the time is passing, people are leaving the city maybe to [go to] another city, internally displaced or outside.”

But why would anyone stay if the situation in Aleppo is so volatile? Henry says the answer isn’t as simple as packing up your suitcase and walking out. Different citizens stay in Aleppo for different reasons. 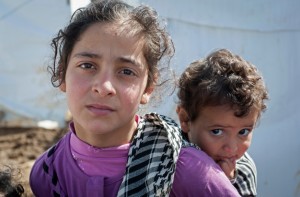 Because of the ongoing war — and especially during ISIS’ control of the city — the Christian population in Aleppo has dropped dramatically.

“I can give you just a rough estimation, because there are no accurate statistics. But before the war, the Christian population in Aleppo was around 250,000. Right now, if I’m optimistic, it would be around 20,000.”

However, Henry says with confidence, “God is not leaving. The Church is still there.”

OM partners with local believers inside Syria, through local and relationally-based assistance, with a long-term view of the health of the Church. When NGOs are pulling out, the Church is going in to share humanitarian aid and the desperately needed hope of Christ.

Henry is involved in this outreach, and has witnessed what sharing aid in Jesus’ name can do. “Newcomers are coming to the church for many reasons — some, because of the relief work we are doing, they must come…. But when they come, they start to hear the Gospel, Bible study, and prayer. So they start to attach to the church.”

It is faith and greater purpose in a Heavenly Father that gives strength to believers in Aleppo.

“We live our daily life hoping and depending on God’s protection [and] His promises that He will be with us inside the fire, in the water, everywhere. He is with us. This is what really gives us strength…. He is the only good thing that is happening among the circumstances, because all around us is destruction.” 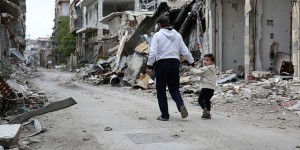 When asked about how we can pray for them, Henry offered this challenge on prayer:

“There is no promise in the Gospel where whenever you have war, it will end if you pray. We pray actually to end the war very soon, but we’ve seen that many times we had prayer and nothing is changing and it’s getting worse actually. But we see God’s hand protecting us.

“Many times I was walking in the streets, and three times bullets hit close to me, but it didn’t hit me. It was random. And once a mortar dropped behind me, but there was a garbage can which took the whole shells from this mortar and I was protected. I can see this is God’s hand. Really, we are experiencing Psalms, many songs showing God’s protection.”

Please pray for God’s hand of protection over the people who are still in Aleppo, and over the believers there.

Henry shares one more prayer request: “The other prayer would be to keep the Church strong and keep the witness going, despite the war and the conflict that is happening. This needs a lot of courage and a lot of patience.”

If you would like to give, click here to support Operation Mobilization as they aid the Church in Syria. Your gifts of support are felt from across the world as God’s extended love and grace.
*Name changed for security purposes.