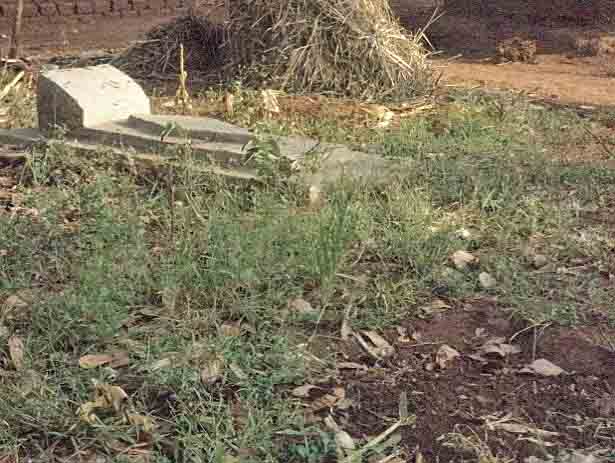 NAIROBI, Kenya, July 29, 2016 (Morning Star News) – Upset with a pastor for evangelizing and refusing to sell them land for a mosque, Muslims in eastern Uganda tied him up and killed him on Sunday (July 24), sources said.

Pastor Robert Bakulubanywa of Bubulanga Victory Church in Bubulanga village, Kibuku District, was on his way home from an evening fellowship at 8 p.m. when a band of Muslims killed him near his house, sources told Morning Star News. He was 38.

“They grabbed him, then tied him up and cut him with very sharp pang [sword],” an area resident told Morning Star News.

“The Muslims had issued several warnings to him to stop converting the Muslims to Christ, especially the youth,” his wife, whose name is withheld for security reasons, told Morning Star News. “For over a month the Muslims have been pressuring us to sell a piece of land to them for the construction of a mosque, but my husband refused.”

After prayers at the local mosque on July 22, she said, one Muslim neighbor told her, “Please, things are not good for your family. Tell your husband to be very careful and leave the Muslims alone.”

The pastor’s wife said she became troubled when her husband was delayed in arriving home Sunday night. After trying to call him without success at about 9 p.m., she called a church elder who told her the pastor left for home at about 7:30 pm with another member of the church. Fear gripped her, she said, as her husband had had “serious confrontations with the Muslims.”

“I telephoned a neighbor who had accompanied the pastor, and he informed me that some five Muslims stopped them on the way and started questioning Robert on several issues, including taking their young boys to church,” she said. “The talk got tense, and one of them tightly got hold of him. The neighbor then took off for his life, leaving my husband struggling with the gang.”

She and Christian neighbors went to the site of the attack.

“We found my husband killed and lying in a pool of blood,” she said.

Christians reported the killing to the local council chairman, Tyogo Muniru, a Muslim, who took no action. Later Kibuku police station received a report, and officers are now searching for the killers.

In predominantly Muslim Bubulanga village, the killing has left area Christians confused, frustrated and fearing for their lives, sources said. One area resident said Christians need prayer for God to raise another pastor who is passionate in reaching out to Muslims with the gospel.

About 85 percent of the people in Uganda are Christian and 11 percent Muslim, with some eastern areas having large Muslim populations. The country’s constitution and other laws provide for religious freedom, including the right to propagate one’s faith and convert from one faith to another, but Christians in eastern Uganda are suffering continual attacks by non-state figures.