Religious rights groups who have read the law surmise it may have been in reaction to the recent revolutions in Ukraine, Georgia, and Kyrgyzstan, based on the assumption that NGOs funded the uprisings. 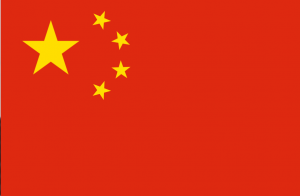 As a result, the law restricts the work of foreign organizations and their local partners, mainly through police supervision.

The intervening months have left ministries scrambling to figure out what kind of impact it will have on their work, and making adjustments to outreach strategies.

More than 7,000 foreign non-government groups will be affected, according to state news reports.  Groups that may have a hard time getting approval include those promoting workers’ rights, ethnic equality, and religious freedoms. What’s more, these agencies will now have to find an official Chinese sponsor and must register with the police. 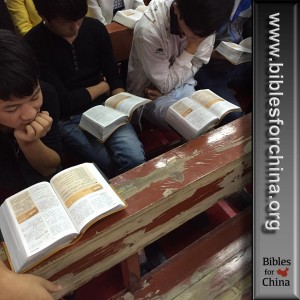 Bibles For China joined six other ministries last week to go over the law and figure out what it means for their future.

Bibles For China President Wendell Rovenstine says, even under the new regulations, he doesn’t think they’ll shut down their efforts to resource the local rural Church with Bibles.  In fact, he left the meeting, encouraged.

“We have partners, and they’re trying to wrap their minds around this new documentation, beginning next year, for the NGOs that are in China and how they work. I will get opportunity to sit down with three provincial leaders — how are they going to approach these new regulations and how are we able to encourage each other?”

With that in mind, he’s on his way to visit with a church in rural China this week.  Over time, he adds, the requests from the rural indigenous Church have shifted to include not only Bibles, but also leadership and discipleship training.  Perhaps sensing the narrowing window of opportunity, now is the time to help these Chinese believers be ready to lead.

“At the end of our session there, they are going to have a practice preaching opportunity for several of the young students who have been going through their pastoral training program, and then they’ve asked me to share at the end of that a word of encouragement to those leaders.” 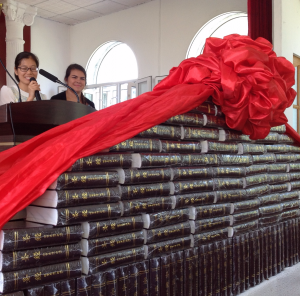 Bibles for China recognizes the tremendous ongoing need and is committed to put Bibles in the hands of rural Chinese Christians. Previous generations have not had the opportunity to openly distribute Bibles to those in China due to the potential of negative consequences.

John 9:4 quotes Jesus as saying, “We must work the works of him who sent me while it is day; night is coming, when no one can work.” (ESV)

To that end, Rovenstine adds,”They let us know that the Bibles do make a difference. They really plead every time we come, ‘Can you bring more Bibles? We need more Bibles.’ One Bible has a ripple effect to a community.”

Partners from 28 countries have joined Bibles for China to raise the funds to buy Bibles written in Mandarin, the reading language of China. At a cost of $5 each, Bibles for China purchases (in-country) and distributes these Bibles to rural Chinese Christians.

Rovenstine said this came home for him the other day when he paid for breakfast and the bill came to $5.02.  He thought of the person who could have had a Bible instead, and says it’s easy to blow $5 without notice.

Encouraging others to consider the impact, he closes with, “Think of ways: how can you make a difference in China? Whether it’s $5 or $5,500, it’s going to have a ripple effect to a community change and be a real witness to those who need God’s Word.”