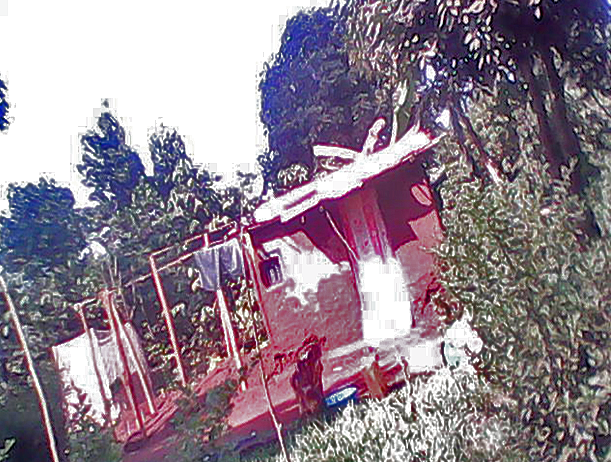 NAIROBI, Kenya, July 21, 2016 (Morning Star News) – A 53-year-old man in eastern Uganda sits alone in a small  shanty after losing his family, house and business because he left Islam for Christianity.

“I heard people talking outside my house around 8 p.m., saying that they wanted to take away my life and, ‘We cannot watch the whole family turning to Christianity,’” Tenywa told Morning Star News.

He escaped through a back door.

Tenywa said an evil spirit had been tormenting him for many years before he visited Elim Church in his village on May 28.

“I was prayed for in the power of Isa [Jesus] and invited him into my heart, which broke the strength of the evil spirit that was troubling me,” he said. “I remember my vision got blurred and I felt faint. The pastor authoritatively, using some commanding words in Isa’s name, finally delivered me.”

When the story of Tenywa’s conversion reached his family and other relatives, they became incensed and told him to go back to Islam because it was the religion of his clan, he said. Tenywa told them he could not deny what Jesus had done for him.

“Since then they started harassing me, taking me for a nobody at home, including my wife, Fatiyah, and children,” he said. “Fatiyah started provoking me. My wife even refused to give me food and began calling me an infidel.”

Tenywa continued sharing fellowship at Elim Church Budhagali, further enraging his relatives, who on June 6 damaged his red pepper plantation and store and stopped him from cultivating his portion of land. He registered a complaint with the Local Council 1 chairperson, who intervened without effect.

Now without land and the food it provided, Tenywa has no work, no meals and no wife and children. Family members so opposed his new-found faith they had tried to cast spells on him.

“The family even tried to bewitch me,” he said. “But God protected me.”

About 85 percent of the people in Uganda are Christian and 11 percent Muslim, with some eastern areas having large Muslim populations. The country’s constitution and other laws provide for religious freedom, including the right to propagate one’s faith and convert from one faith to another, but Christians in eastern Uganda are suffering continual attacks by non-state figures.