Turkey (MNN) — The world watched as an element of the Turkish Army staged a coup in an attempt to remove President Erdogan from power.  Turkey is a member of NATO and a key ally with the United States, and has been known for its moderate and secular stance as a 98-percent Muslim country. 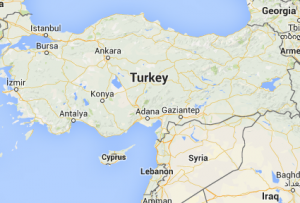 International Needs’ Rody Rodeheaver explains one reason why the military decided to rise up.  “For many months, and probably years, they [the military] have been watching some of the freedoms being slowly dismantled, that were guaranteed by the constitution.  Being the protector of the constitution and the secularism of the country, they felt they needed to act.”

Plus, there’s a belief that Erdogan really wants to establish a caliphate, with himself as head.  To that end, “Erdogan has slowly been removing people in the press, judges, even people in high ranking military positions, taking them out for various reasons so he could empower himself.”

Citizens and soldiers loyal to the government resisted the attempt, and in the wake of its failure, Erdogan vowed punishment and the sweeping arrests began. First, it was military. Now, the purge has widened to the education sector.

Up until now, the constitution guaranteed a diversity of religion.  However, as it loses authority, so goes freedom of religion.  Believers are watching the arrests with growing alarm, says Rodeheaver. “You’re going to see more pressure coming on religious groups. They will be questioned more about that. The other thing you are going to see is that people who have been nervous about Christianity coming into Turkey and being there will be emboldened.” 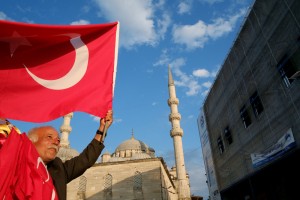 For context: At the time of the attempted coup, the International Needs ministry team was wrapping up their annual summer camp with 40 energetic teenagers in a rural location an hour outside of Istanbul. The group remained safe, all the while keeping an eye on the current events and discussing the importance of knowing Christ and growing in that relationship.  The teens all returned home safely, under the cover of prayer.

However, Rodeheaver adds that “Christians were somewhat second-class citizens, and often, they were persecuted through very subtle ways, like not being able to get jobs.”

As the situation continues to unfold, they’re expecting the conditions to worsen.   The events of the last few days will create a need to evaluate their ministry strategy going forward based on the situation on the ground.

Pray for the staff to have inspired wisdom, increased courage, and distinct direction from God. “It’s going to behoove the Christian community to work very cautiously and to continue to serve Christ, as they always have, but to be as wise as serpents and gentle as doves.”