South Sudan (MNN) — Matt Parker’s plan was to return to the village of Wau in South Sudan, where Kids Alive International has been doing Christ-centered ministry for years. He was looking forward to seeing the children they serve — both those who live in residential care and those are part of the ministry’s family preservation efforts.

As he arrived in the country, extreme violence escalated in Wau. Hundreds were killed, more than 100,000 were displaced.

“Many of them ran to a UN camp,” says Parker. “Others took shelter in churches, in schools. Many just ran off into the countryside because the risk to their lives was so great.” 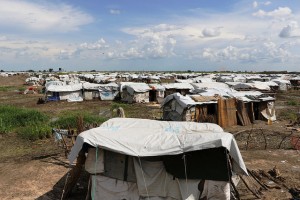 Parker met with Francis Tombe, the Kids Alive South Sudan Director, in the capital city of Juba. They talked about the number of casualties and the impact to those trying to survive in Wau.

“The market was looted and was basically burned down, and food was taken. People’s homes were looted, so when they came back to their homes, they had nothing.”

Most heartbreaking are the reports emerging now from the remote village. Parker’s voice cracks as he shares, “There are now 40 children who are missing — children in the community — and 120 children who have lost contact with their families, they’ve been separated from their families. And the number of kids living on the streets has increased significantly over the past few weeks. There are kids who just have nowhere to go.”

Kids Alive is now working with authorities in the region to help children reconnect with their families, and to provide safe refuge and care for those who are now orphaned.

Though the newest in a series of cease-fires has resulted in reduced violence, Parker has seen the pattern and knows it’s only temporary. At present, three-quarters of the population of South Sudan is in need of humanitarian aid.

“The reality is none of the problems have been resolved. There will be a cease-fire, and the fighting will die down for a time, but the root causes of the problems are still there.” 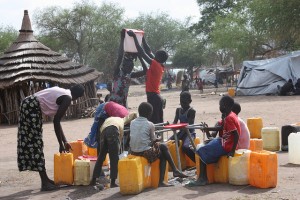 “Until South Sudan has leaders who are prepared to put the people first and find a way forward for everyone in the country, irrespective of tribe, there will continue to be these ongoing bouts of violence.”

Parker believes what is happening in South Sudan carries an important message to other countries.

“There is such a need in South Sudan, but also in the states and every country around the world, for dialogue. There is such a need for Godly leadership, good communication, and a desire to understand other people’s points of view; to appreciate the differences and respect each other. When that respect goes, and that communication goes, it’s very difficult then to heal the wounds.”

Parkers tells us that pastors in South Sudan implore Christians around the world to unite in prayer. “First of all, let’s be praying for South Sudan’s leaders. Pray that they will be committed to finding a positive way forward through dialogue and through negotiation rather than through violence. Pray for a lasting solution for the current crisis in South Sudan – in Juba and in Wau, throughout the country.

“Be praying for local Christian leaders, for pastors of churches in South Sudan who are struggling right now to care for people in the midst of conflict and violence, and pray for them as they minister and care for those who are afraid and vulnerable.

“Pray for international organizations – great organizations that are working with the poor in South Sudan. Of course, when violence escalates, it’s people that suffer. A lot of the aid agencies have to step out in some of those most dangerous places. So pray that — despite the violence, despite the poor infrastructure in the country — essential food, aid, and medicines would get to those who require it most at this time.”