One Dead, Several Injured in Islamist Attacks on Copts in Egypt

Weekend of violence abetted by impunity. 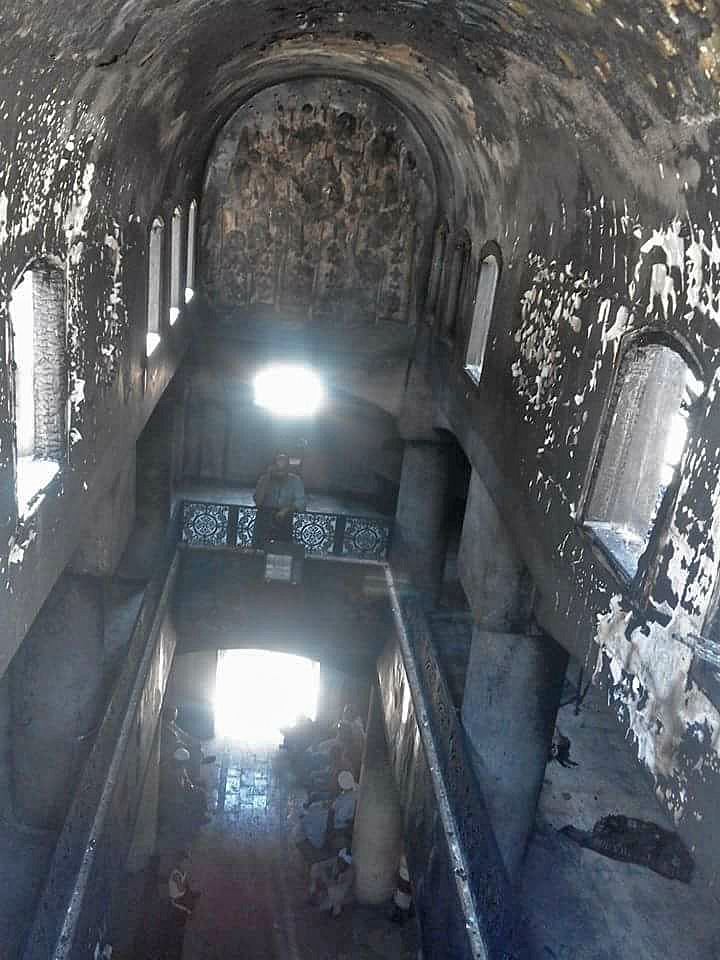 ISTANBUL, Turkey, July 19, 2016 (Morning Star News) – One Christian is dead, several others have been wounded and a fire gutted a church building after Muslims across Egypt waged a weekend of violence against Copts.

In Tahana El-Gabal village in Minya Governorate, on Sunday night (July 17) Fam Mary Khalaf, 27, was overpowered by a group of Muslims who stabbed him repeatedly in the chest. One of the knife stabs went directly into his heart, killing him instantly, a statement from the local parish reported.

Three others were seriously injured in the attack: Nagib Hanna, father of the Rev. Metaous, a local Coptic priest; Malak Aziz, brother of the Rev. Boutrous, another local priest; and Azza Jouma, a Christian neighbor of the three victims, was stabbed in the face.

The attack started when four Muslims began harassing Metaous's primary school-age son as his grandfather was looking after him outside his home. The men threatened to run the boy over, witnesses told human rights activists investigating the incident. Once the stabbing began, the group of four quickly grew into a mob of more than two dozen screaming, “Stand by your Muslim brother!”

The assault was one of numerous cases of violence against Copts in Minya Governorate over the past few months, including an attack in May in which an elderly Coptic woman was stripped, beaten and paraded naked through her village streets because of a rumor, later shown to be false, that her son was having a romantic relationship with a Muslim woman.

Ishak Ibrahim, a human rights researcher at the Egyptian Initiative for Personal Rights (EIPR), said the attacks in Egypt and specifically in Minya continue because no one is being punished for committing them.

“What happened in Minya is nothing but a natural result of not enforcing the law in previous sectarian attacks against the Copts, and forcing the Copts to go through reconciliation meetings and obey illegal solutions that are demeaning,” he said.

The Tahana El-Gabal stabbing death came about a day after a mob of Muslims, enraged over a rumor that a church building was being constructed in the governorate, attacked Copts in their village. Starting shortly after 9 p.m. on Friday (July 15), groups of Muslims set on the Copts in the village of Abu Yacoub, causing minor injuries and torching five homes.

The attack lasted into the early morning hours of Saturday (July 16). Firefighters showed up several hours after the structures had been destroyed.

The bishop of Minya, identified according to tradition only by his consecrated name, Makarious, said in a press statement that the rioting mobs were in complete violation of the law and that there was no excuse for the violence.

“Nobody has the right to attack others and kill and destroy their property, no matter what,” he said.

The Abu Yacoub riot was the second such incident in 15 days to take place in Minya Governorate over a rumor that a church building was being constructed, and the third in the country in 30 days. In a surprisingly similar incident, on June 30 another mob rioted in response to a rumor of the building of a church in Kom El Loofy village in Minya Governorate. The 300-strong mob torched four Coptic-owned homes and otherwise harassed or assaulted Copts.

On June 17 in Amriya, a village south of Alexandria, local Muslims accused area Copts of building a church in a Coptic-owned construction site and began rioting. The mob assaulted Coptic men in the village and then attacked and looted several Christian-owned homes and a Coptic community center.

In the Amriya attack, police later arrested six Muslims and six Copts, including the owner of the construction site. The Muslims were released with no charges, in time to break the Ramadan day-time fast, but the Christians were charged with holding prayers without permission and building without a permit, then released the following morning.

The EIPR’s Ibrahim said the anti-church riots pose a dangerous problem for Copts, because they indicate that even if laws in Egypt change to allow them to freely construct church buildings, certain elements of Egyptian society still wouldn’t allow it.

“The government is not strong enough to protect the Copts from all these attacks,” he said.

Authorities are now trying to force Coptic communities in all the cases into what is known as a reconciliation process. Instead of criminally charging the perpetrators of Christian persecution, the government seemingly does everything it can to force victims into “Reconciliation Committees.”

Reconciliation Committees are based on traditional tribal councils, where two equal entities come together to solve a dispute. The committees are supposed to lead to equitable justice for all parties, but because Copts have significantly less power coming to the table than members of the Muslim majority, they are often victimized a second time instead of receiving justice. In some cases, Copts have been made to pay damages to attackers who destroyed their property in unprovoked incidents.

Bishop Makarious has urged all the victims to stand firm and refuse to participate in such committees because the perpetrators so often escape without punishment.

“We’re going to continue demanding the enforcement of the law and will not give up,” he said. “Every time they are set free, that is just encouraging others to do attacks in the same way, because they feel they are protected by the government.”

While mobs are burning down Coptic homes, churches are destroyed in mysterious fires. On Saturday (July 16) at 2:30 a.m., Copts rushed out into the streets of Al-Madamoud in Luxor Governorate to find flames shooting out of the roof of the Church of the Archangel Michael. An iconographer restoring the church’s religious paintings was stuck inside the building on the top floor in a room for visitors.

As the fire continued to burn, he screamed for help and was about to jump, likely to his death or at least a crippling injury, but the gathered crowd was able to save him with a ladder.

When people pushed open the doors of the church building to go inside and fight the fire, they found the altar engulfed in flames and the blaze spreading everywhere. The men and women began trying to douse the flames with garden hoses and bottles of drinking water. By the time firefighters arrived two and a half hours later, the building was gutted.

The next morning, Safwat Samaan, director of human rights group Nation Without Borders, was able to visit the scene. Members of the congregation crowded into the blackened shell of the build with tears welling up in their eyes.

“It broke my heart to see old men, eyes full of tears and women wailing,” he said.

Now members of the congregation are afraid authorities will claim the fire was accidental, as officials nationwide have in so many other church building fires. Authorities claim the fires are accidental, started by unattended candles or an electrical short, even when no candles are present and electricity is shut off to the building.

That was the ruling in the fire at the Catholic Church of St. George, also located in Luxor Governorate, which caught fire under mysterious circumstances on April 20 at 3 a.m. Authorities claimed the fire was the result of either unattended candles or a short in a wire, but there were no candles, and a church attendant had turned off the main electric line to the building.

Because of the similarities between the fires at the Church of the Archangel Michael and the Church of St. George, many Copts have suspicions that a serial arsonist is targeting churches in Luxor, Samaan said.

“I wonder if this was just an accident, or if this was a planned arson, but the results will be in the hands of the firefighters and the police,” Samaan said. “I am concerned they will come to yet another all too convenient ruling.”