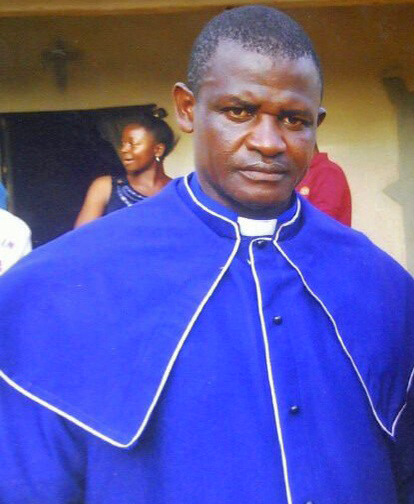 Muslim Fulani herdsmen with machetes killed the Rev. Zakariya Joseph Kurah of the Evangelical Church Winning All (ECWA) on Thursday (June 30) while he was working at his farm, sources said.

A staff member of the ECWA District Church Council in Lafia, Nasarawa told Morning Star News that he met with the council chairman and relatives of Kurah at the Dalhatu Araf Specialist Hospital in Lafia, where police and others brought the corpse from Obi.

“One of them whom I don’t know but was together with the late pastor told us that they were in the bush around 7-7:30 p.m.,” said the staff member, identified only as Moses. “Two people came out and attacked them. Rev. Kurah ran and hid, but they chased him and brutally murdered him with their machetes.”

The assailants took only his phone handset before leaving, Moses said.

“We asked what type of people carried out the murder of the pastor, and the person said the killers were two Fulani Muslims,” he said.

A spokesman for the Obi Local Government Council, Habila Adokwe, told Morning Star News that the killing of the pastor was confirmed but gave no further details.

The Rev. Silas Thomas, former secretary of the ECWA’s Lafia District Church Council, confirmed that the pastor was murdered by Muslim Fulani herdsmen while working at his farm, and that his funeral took place in Zonkwa, Kaduna state today.

“He was a pastor with peaceful disposition,” Thomas told Morning Star News. “He was one of the pastors I worked with while I served as the secretary of ECWA Lafia District Church Council.”

Kurah was a graduate of Jos ECWA Theological Seminary and obtained an M.A. Degree in Pastoral Studies.

A user on Twitter who identified himself as Sam, a nephew of the pastor, stated in a series of Tweets that Kurah was killed by Fulani herdsmen in Obi LGA.

“No one is saying anything about the clandestine killings by Fulani herdsmen happening almost every day,” he said in one of the messages. “Does a life of a Nigerian mean anything to our government?”

Muslim Fulani herdsmen from Nasarawa state and Islamist mercenaries from outside Nigeria have attacked villages in neighboring Benue state, killing five Christians in December 2014. The Fulani herdsmen from Nasarawa state, with mercenaries from Chad and Niger, razed several villages, destroying homes and church buildings in the predominantly Roman Catholic Agatu Local Government Area and forcing hundreds of Christians to flee.