On same day in another area, 57-year-old pastor beaten. 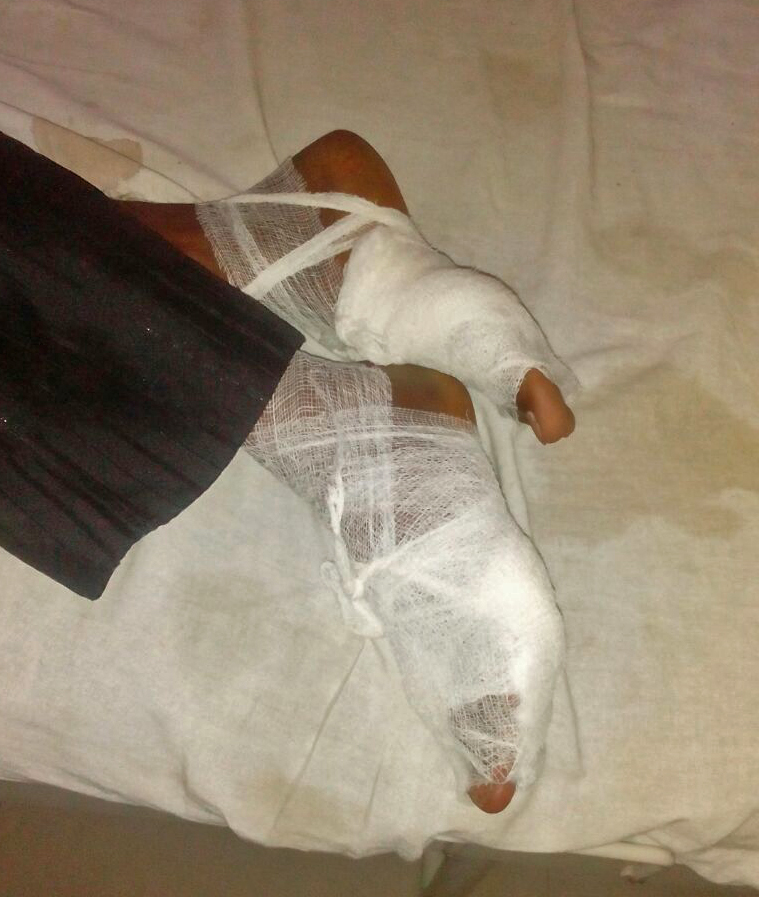 In the northern state of Uttar Pradesh, Hindu extremists in Tewardih, Varanasi who have long insisted that a 30-year-old convert from Hinduism, Joginder Gold, stop worshipping Christ took him to a farm house on April 9 and tortured him.

“They tied me upside down on a tree and started verbally abusing me for my faith in Christ and started to beat me on the soles of my feet,” Gold told Morning Star News.

One of the assailants beat Gold for three hours and then inserted a stick into his mouth while two others sat on his chest. During the assault, the Christian vomited blood three times before losing consciousness.

Thinking that he had died, the radical Hindus put Gold in a shallow pit and covered him with hay and leaves, an area church leader said. A villager who witnessed the assault took Gold into his home and called his family and police.

“The man lay Joginder on a Charpoy [traditional woven] bed and thereafter put the bed out on the road, and the villagers gathered up to see Joginder lying almost dead on the bed,” the Rev. Patsy David [Editors: pastor is male] told Morning Star News. 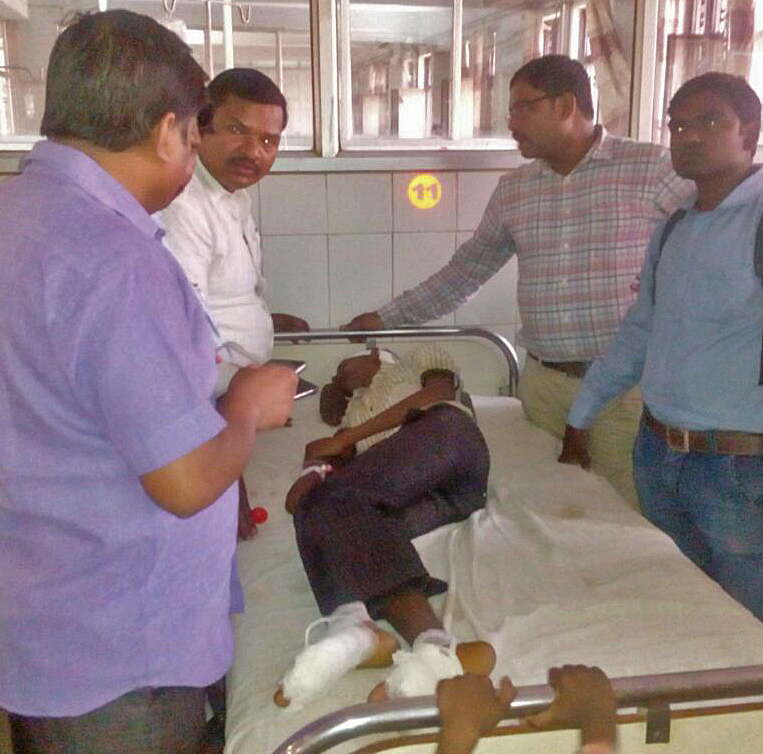 Police took Gold to a government hospital. When area Christian leaders submitted a police complaint against the assailants, however, officers took no action and instead cast into question the legality of Gold’s conversion, asking when he had converted and “who converted” him, said Pastor David.

Gold told police that Jesus Christ healed his sister from an illness eight years ago, and that after seeing the love and healing touch of Christ, his family put their trust in Him and chose to follow Him, the pastor said.

Area Christian leaders later approached higher officials, who assured them that action would be taken against the attackers, and a high-level investigation has begun, he said.

“The injuries he suffered on the soles of his feet were so severe that they affected the veins in his head, and he suffered severe head pain along with severe pain in his chest, thigh, arm, buttock, upper back and left calf,” Pastor David told Morning Star News.

Gold initially was not able to talk, and at this writing he was still not able to walk properly. After six days of treatment at the district hospital, he was transferred to a private hospital and was discharged after 20 days.

The six Hindu extremists had stopped him at about 11 a.m. in Tewardih, Varanasi as he was on his way to a market to sell vegetables; they accused him of robbing the vegetables from their farm house, Pastor David said. When Gold denied it and told them he would take them to the person who had sold him the vegetables, one of the radical Hindus put him on his bike on the pretense of taking him to the seller but instead took him to the farm house.

The radical Hindus, who are from a high caste, have long harassed Gold and his family because of their faith in Jesus Christ, Pastor David said.

“For the past two years, they tried to implicate Joginder in a false case and told him to stop worshipping Christ or that he will pay for it,” he said.

In an apparently pre-planned attack at about 10:30 a.m., three radical Hindus on motorcycles came to the Indian Pentecostal Church, asking for pastor Samuel Marikuda Joseph, who was overseeing construction of a new church building at the time.

The pastor approached the three people and asked them what they wanted, and they replied that they wanted to know about God. Sensing their intention and seeing that they were drunk, Pastor Joseph told them to come back later and that he would talk with them when they were sober.

They insisted that he explain to them immediately, and then they began denigrating him and his faith, said the pastor’s son, Sijo Joseph.

“The three people told my father to simply leave the village and to stop conducting worship services,” he told Morning Star News. “They shouted, ‘Bharat mata ki Jai [Victory for Mother India],’ and they started to kick, punch and beat him with sticks.”

A Christian who was part of the construction team tried to help the pastor, but the Hindu nationalists struck and threatened him. They then pushed Pastor Joseph into the side seat of a motorcycle and took him away.

They accused him of forcible conversion and beat him, his son said.

Meantime, area Christian leaders and relatives of the pastor called police. At about 2 p.m., the assailants brought the pastor to the police station – with a deep cut on his lip and other wounds and abrasions all over his body.

Area Christian leaders intervened, however, approaching higher officials and submitting a fresh complaint against the attackers. Police registered a case against the Hindu extremists, but they absconded, and no arrests have been made as of this writing.