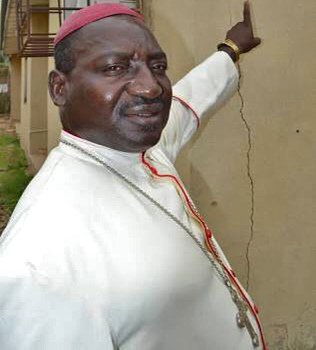 KADUNA, Nigeria, May 4, 2016 (Morning Star News) – Street evangelists would be fined and “offensive” preaching at church services would send pastors to jail for up to two years under legislation proposed by the Muslim governor of Kaduna state, church leaders said.

As discussion of the legislation heated up in the past month, Christian leaders voiced alarm over the bill Gov. Nasir El-Rufai sent to the state assembly last October, which would also require clergy to obtain a preaching permit renewable every year. Church leaders said the Religious Regulation Bill, which would apply to all religions including Islam, is a ploy to stifle and persecute Christians under the guise of quelling extremists and charlatans.

“The proposed law is in contravention of the Nigerian Constitution and shall inhibit the preaching of the gospel when it becomes operational,” the Rev. George Dodo, chairman of the Kaduna State Chapter of the Christian Association of Nigeria (CAN) and Roman Catholic bishop of Zaria Diocese, told Morning Star News. “We have reservations over the bill and believe that it will curtail religious freedom of the people, particularly, Christians in Kaduna state.”

Under consideration by the Muslim-dominated Kaduna State House of Assembly, the bill stipulates that clergy would lose preaching rights if the state government or its agencies consider any of their words to be offensive. Preachers found guilty could be imprisoned for up two years or fined 200,000 naira (approximately US$1,000), or both.

Besides criminalizing street evangelism and confining all preaching to be carried out within church walls in the predominantly Muslim north-central state, the bill forbids the playing of evangelistic tapes and CDs in public places. Violators would be subject to a fine of up to 200,000 naira.

In recent round-table discussions, Christian leaders said that the legislation is unnecessary as all churches or ministries in Nigeria are already registered by the federal Corporate Affairs Commission (CAC). Sections 2, 3 and 5 of the bill are unconstitutional in that they mandate regulating religious groups that are already registered under federal requirement, some Christian leaders noted.

“The danger in Nigeria is the manipulation of structures and institutions by strong individuals,” said the Rev. Evaristus Bassey, director of Caritas International, speaking on behalf of the Catholic Bishops Conference of Nigeria (CBCN) at a press briefing in Abuja on April 19. “Thus, the fear is that even if the proposed bill contains good aims, the proposed restrictions would play into the hands of officials of state who have a hegemonic mentality and would allow them the freedom to persecute one religion in favor of another.”

Bassey said the principle of separation of state and church/mosque in Nigeria’s secular constitution would be “severely battered if this bill is pursued in the way it is.”

“Gov. El-Rufai, who is quite dogged in the pursuit of anything, given this tool, would pursue ardently both what is good and what may be divisive,” Bassey said. “We advise that Kaduna state rely on existing laws and existing state instruments of law enforcement to maintain religious harmony in Kaduna state, instead of reinventing the wheel.”

The bishops asserted that most people in Kaduna state appear to be opposed to the legislation.

In a discussion with journalists last month, El-Rufai defended the bill, saying it is designed to curb the rising wave of religious extremism in the state.

The law would empower the CAN and its Islamic equivalent umbrella group, the Jama’atu Nasril Islam (Society for the Support of Islam, or JNI), to check strange ideological beliefs that are contradictory to teachings of both the Koran and the Bible, he said.

“The state government will not be responsible for issuing any license to preaching bodies or a new preacher who just surfaces,” El-Rufai said. “A committee that will consist of clerics nominated by the Jama’atu Nasril Islam and the Christian Association of Nigeria will issue religious bodies permits, depending on their faith.”

He emphasized that the government would not be issuing licenses.

“It is a committee of an umbrella Christian body and an umbrella Muslim body [that would issue the licenses],” he said. “We will just have an inter-ministerial committee checking once in a while and keeping records.”

El-Rufai said the law is needed not only in Kaduna state but in many others in Nigeria.

“I want to assure you, we just came back from the Economic Council meeting, and a handful of governors asked me to send them our own law because they feel they also need it in their states,” he said. “Everybody is watching to see how we will handle our own.”

Lack of regulation of religion has led to the cycle of death and destruction in the state, he said.

“I believe that before you start preaching in any religion, you should have gone through a system of education, training and some kinds of certification, because even doctors have to be certified, and doctors are regulated – those who only deal with the physical life. What about those that deal with the spiritual?”

El-Rufai said he was saddened that some Christians preach things that are contradictory to biblical tenets. The bill is meant to ensure that those who are given the opportunity to preach are knowledgeable and responsible, he said.

“This is our goal,” he said. “We don’t have anything against anybody or any religion.”

If the assembly passes the bill, it would begin to be enforced as soon as El-Rufai signs it.

Solomon Musa, a Christian community leader in Kaduna state, said in a press statement that the government needs to curtail incessant attacks on Christian communities by armed Muslim Fulani herdsmen instead of further burdening them with an anti-Christian law.

“We also want to tell the governor that he goofed when he said that no killing took place in southern Kaduna in the last six months,” he added. “On March 24, a Christian, one Mr. Daniel, was shot dead in his house around 7 p.m. in Antor, Aboro District of Numana Chiefdom, Sanga Local Government Area.”

In the same month, another Christian was butchered in Ancha Gida, Ancha District of Ninzo chiefdom on his farm by suspected Fulani gunmen, Musa said.

“Again, another Christian man was killed last December on his farm by suspected Fulani herdsmen at Yaute, Wasa District of Numana chiefdom,” he added.

The Rev. Johnson Suleman, general overseer of Omega Fire Ministry, a Pentecostal group in Nigeria’s Niger Delta city of Auchi, appeared to believe the bill was destined to pass when he said in a YouTube video posted on March 13 that El-Rufai was trying to use it to intimidate Christians.