Italy (MNN) – According to a report by Breibart, Rome will dye its Trevi Fountain red on Friday, April 29, in honor of this era’s historic number of Christian martyrs. 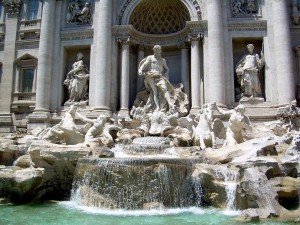 As of today, there are around 150 million Christians facing persecution across the globe, and it doesn’t look like it’s slowing down. This is a hefty challenge, considering mankind can send people into space, yet still combats religiously-motivated violence.

Last year featured a notable rise in attacks against Christians. Breibart states it may have even been the most violence sustained against Christians in modern history. The numbers from Open Doors USA would agree.

As previously noted, Open Doors USA’s 2016 World Watch List (WWL) — a ranking of the top 50 countries where Christians face the most sever persecution for their faith — shows a steep increase in violence against Christians in 2015, making it the most violent year since Open Doors began in 1955.

Please pray for Christians facing persecution for their faith. Pray for the spread of the Gospel, and for believers’ perseverance. If you want to help support Christians in persecuted areas, consider donating to Open Doors.

Open Doors USA strives to provide resources and training to Churches in difficult areas, equipping individuals to share the Gospel and boldly live out their faith.

Read more of their stories here.