Persecution in Pakistan ignored by US

Pakistan (MNN/VOM) — Imran Ghafur is now more than six years into a life sentence in a Pakistan prison for his Christian faith, and no judge or attorney is willing to hear his appeal, reports The Voice of the Martyrs USA. Accused by his neighbor of burning pages of the Quran in 2009, the High Court in Pakistan has repeatedly delayed his appeal, leaving him to languish in prison. 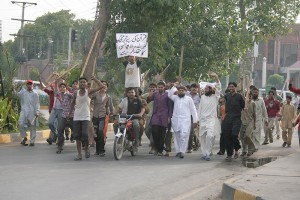 (Photo Courtesy Voice of the Martyrs)

In July 2009, police arrived at Imran’s house just in time to stop a mob from killing him. Though both he and his father had been beaten viciously by the mob, police arrested Imran, but none of his attackers. Radicals gathered in front of the police station where he was detained, hurled rocks at the building, called for his death and shouted curses, saying, “Christians are dogs, Imran is a dog.”

He was eventually found guilty of blasphemy and sentenced to life in prison.

Because of the sensitivity of the issue, it came as little surprise when an attorney on Imran’s trial became ill on the same day Imran’s appeal was to be heard in November 2015. It is likely that hardliners used intimidation tactics, as they have done before. It is hard to say how difficult it will be to reschedule a hearing.

Afterward, neighbors told Imran’s family to leave the area because no one in the community would allow them to continue to operate their businesses. They lost both the family’s primary breadwinner and their role in their local Christian community. VOM has been supporting the family and remaining in close contact.

Ghafur’s situation is just one of many stories, and reasons, why *Pakistan should be included on the United State’s yearly list of “countries of particular concern.”

The CPC list, put out every year by the US, designates countries where governments are the worst human rights and religious violators. It was created under the 1998 International Religious Freedom Act (IRFA) as a way to impose policies on CPC countries in order to encourage and create a more free society.

Since 2002, the U.S. Commission on International Religious Freedom (USCIRF) has been recommending Pakistan be added to the CPC list. In situations like Ghafur’s, it is clear there are ongoing violations of human rights because of religion. 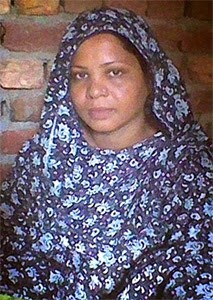 (Photo courtesy of Voice of the Martyrs Canada)

Many believers worldwide are aware of the case of Asia Bibi, a Christian born and raised in Pakistan, who was also arrested and imprisoned in 2009. Asia became the first woman sentenced to death for blasphemy in the history of Pakistan. Many have advocated on her behalf, including dignitaries, the Vatican, and two Pakistani officials who were later assassinated because of their support for Asia.

When Punjab governor Salman Taseer spoke in favor of getting rid of the blasphemy laws, he was shot and killed by his own bodyguard. The Minister for Minority Affairs, Shahbaz Bhatti, was also killed after he expressed opposition to the laws.

The blasphemy laws come from section 295 of Pakistan’s Penal Code. This section was originally created in the 1860s to protect all religious faiths and avoid sectarian violence. In recent history, these laws have been used against Christians, non-Muslims and even “offensive” Muslims.

Give: Donations to VOM are used to help support ministries all over the world, particularly where Christians face intense persecution. 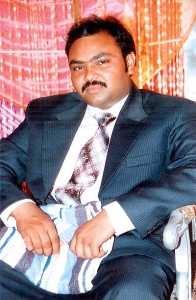 Pray: Pray for persecuted Christians to remain strong in Christ, to be encouraged, and for God to work through their situations to spread the Gospel.

As for Imran, he told family members that he is glad to use his time in prison to study the Word of God. Several years ago, the family told VOM that every day at midnight, Imran prays and sings spiritual songs. Muslim prisoners have even asked for his prayers. Both he and his family are remaining faithful to God and trusting in His will.

*Pakistan is ranked #6 on Open Doors’ World Watch List. The WWL is a ranking of the top 50 countries where Christians face the most severe persecution or their faith.