With or apart from Islamic extremist groups, violence said to pose threat of civil war. 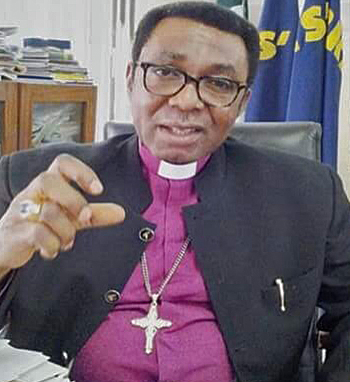 JOS, Nigeria, April 27, 2016 (Morning Star News) – Muslim Fulani attacks on Christians have advanced beyond Nigeria’s central zone into a southern state, with a church leader saying the aggression could cast Nigeria into civil war as a massacre this week took at least 27 lives.

Following the February massacre in Agatu, in the central-eastern state of Benue, and the attack on Monday (April 25) on three predominantly Christian villages in the south-eastern state of Enugu, church and rights figures began to describe Muslim Fulani aggression as posing a threat of civil war. Enugu shares a border with Benue.

While a secessionist group called for Enugu natives to defend against further Fulani attacks, the archbishop of Enugu Ecclesiastical Province, Church of Nigeria, Anglican Communion, said Muslim Fulani killings, kidnappings, destruction of farmland and rape have become a regular occurrence in central and southern parts of Nigeria.

“What happened in Agatu is again being spread to other areas, and this is breeding serious civil war that is very much in breach of peace in this country,” the Rt. Rev. Dr. Emmanuel Olisa Chukwuma said in a press statement. “We don’t want war, but the way things are happening, if care is not taken, there is going to be another war which nobody can avert. It is either Nigeria must be one, or we disintegrate and go our ways.”

The archbishop said he had received numerous calls from throughout the world about unprovoked killing of Christians in Enugu state this week.

“It has therefore become necessary for me to call on the federal government of Nigeria to declare an emergency against the menace of the Fulani herdsmen and put an end to the senseless killing of innocent Nigerians,” he said. “We cannot continue this way, because this is Boko Haram acting in collaboration with Muslim Fulani herdsmen, and we cannot accept this.”

Muslim Fulani herdsmen launched attacks in Enugu state last year, and an assault in February reportedly killed two people and left 19 missing. The attacks come after years of similar killing sprees in north-central states such as Kaduna and Plateau and, more recently, assaults in central- eastern states such as Taraba and Benue, amid suspicions that Islamic extremist groups are arming the herdsmen and in some cases accompanying them.

After Monday’s pre-dawn attacks in Enugu state on three Christian villages in Uzo-Uwani Local Government Area – Odozi-Obodo, Onu-Eke and Nimbo – the Imo state-based secessionist Movement for the Actualization of Sovereign State of Biafra (MASSOB) issued a statement calling on area tribal “youths to wake up and let us unite and face our enemies.” With the aim of reviving the defunct state of Biafra, MASSOB declares itself non-violent, while the government accuses it of violence and has included it on a list of armed rebel groups.

“We wish to remind Ndigbo and Biafrans that this killing and destruction of property of our people by Fulani herdsmen is getting out of hand,” MASSOB spokesman Comrd. Edeson Samuel said in a press statement. “The fact that MASSOB believes in non-violence does not mean that we cannot defend ourselves. There is a limit to human endurance.”

Samuel and others faulted security forces for failing to stop the attack even after reports had surfaced that it was imminent. Archbishop Chukwuma said Christians were wondering what the government was doing to address the “Fulani herdsmen menace” throughout the country.

“The killing of these Christians of Nimbo in Uzo-Uwani is a big shock in the sense that the security operatives were not alert to avert it even when some of them were aware,” he said. “The herdsmen came around 4 a.m. and started firing and killing the villagers, and over 27 people were killed … The federal government must speak and do something, or else this is calling and breeding civil war against the Fulanis.”

Reports from area church leaders indicated that buildings belonging to Catholic and Christ Holy Church congregations, along with 11 houses, were burned after more than 100 armed Muslim Fulani herdsmen invaded the communities. Unconfirmed reports prior to the attack suggested up to 500 assailants were being recruited to launch the assault.

Ebere Amaraizu, Enugu state police spokesman, confirmed the attack on the Christian villages. He told Morning Star News by phone interview that 21 bodies had been recovered and taken to a morgue at Bishop Shanahan Hospital in Nsukka town. He said the death toll would rise as the search for missing people continued.

“Our officers, together with a detachment of military personnel, are in the area to restore law and order,” he said. “Efforts are also being made to recover corpses of those killed, while the injured have been taken to some close-by hospitals.”

Rapes, murders and destruction of farmlands of Christian villagers by herdsmen have been reported in the recent past in the same communities, church leaders told Morning Star News, but security agencies have made no serious effort to halt the destructive activities.

The Human Rights Writers Association of Nigeria (HURIWA) also stated that attacks by Fulani herdsmen could cause civil war if not checked. The pro-democracy group said in a press statement that Nigeria may be near civil war due to “the seeming conspiratorial silence and clear case of orchestrated ineptitude and inaction” of President Muhammadu Buhari’s administration.

Enugu Gov. Ifeanyi Ugwuanyi declared two days of fasting and prayers in all churches in the state in memory of those killed and called for God’s intervention to stop the carnage by the herdsmen.

“On Sunday, we were in the church for Nigeria Prays, with Gen. Yakubu Gowon,” Ugwuanyi told reporters. “I got a call from the council chairman, and immediately I summoned a security council meeting. Prior to that we had met with the Fulani leaders, and it was indeed yesterday [Monday, April 25] that we would have inaugurated a joint committee of the Fulani and the Enugu government.”

He said the state government would provide 5 million naira (US$25,000) in aid to community leaders.

While receiving the governor, John Ako, a Christian community leader in the area, reportedly said the attacks were unprovoked.

“We had a black Monday yesterday; no week passes by without our women being raped and our men killed by the herdsmen,” he said. “We appeal for military and police presence. They [herdsmen] come to the farm, point guns at the farmer, ask him to go away, and say the cattle will feed on the farm; we don’t go to farm again.”